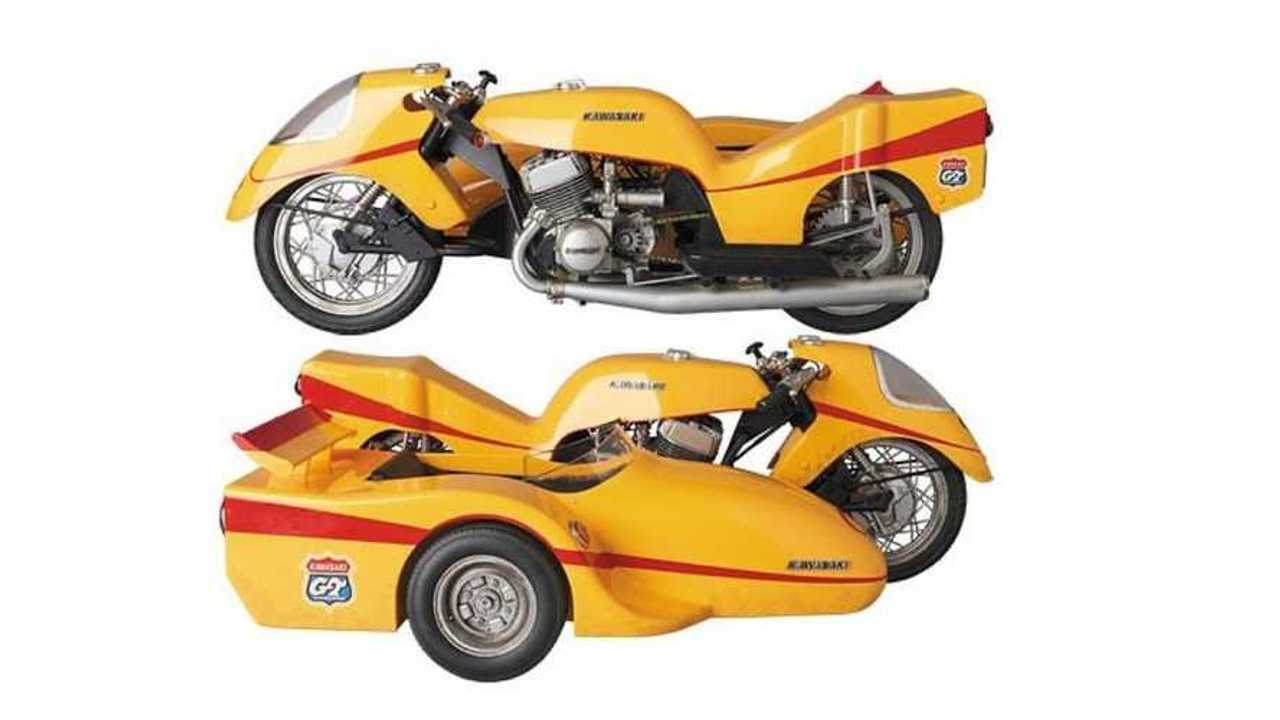 Who doesn’t love remembering their childhood?

If you’re anything like me, you get all giddy when a new collectible comes out in the market. I must admit I am a self-confessed hoarder of model die-cast cars, and various motorcycle models ranging from production bikes, race bikes, and popular movie bikes. My shelf is filled to the brim with my collectibles—plus a couple of boxes in our old attic. Alas it appears that my collection is about to grow yet again, as Medicom has just released a new RAH Kikaider and Side Machine Set in their Ultimate Version.

Alright, I’m sure around ninety percent of the readers just disappeared. For the remaining ten percent, allow me to totally nerd out on you. I’m sure those of you still reading this are well acquainted with Kamen Rider and Kikaider in particular. For those, let me fill you in. The Kamen Rider series is a mix of television programs, films, and manga created by artist Shotaro Ishinomori. The series generally centers on a motorcycle-riding superhero with insect-like features fighting supervillains and ultimately saving the day. Kikaider, the superhero featured in this awesome set, is one of the main characters in the series.

Those with a keen eye can probably tell that the machines used in this series consisted primarily of Kawasaki two-stroke triples, which most probably was the H1 Mach III. So take note: not only are you getting a totally realistic and highly detailed figurine and sidecar set, you’re getting a slice of Japanese high-performance motorcycle heritage as well.

Diving into the details of this set, the images show extreme attention to detail in terms of the mechanical components on Kikaider’s mask. The set also comes with four different gloves, including a dedicated riding glove, as stated in the description. Kikaider’s suit is crafted from real, high-quality leather, and his sidecar comes equipped with LED lights. This particular model has Kikaider standing at around 13 inches tall—so make sure you have room in your display case.

The $600 price tag seems justifiable given the attention to detail and just how awesome this whole set is. So there you have it guys, thanks for bearing with me nerding out on all of you. Make sure to grab one of these bad boys for yourself before they run out!