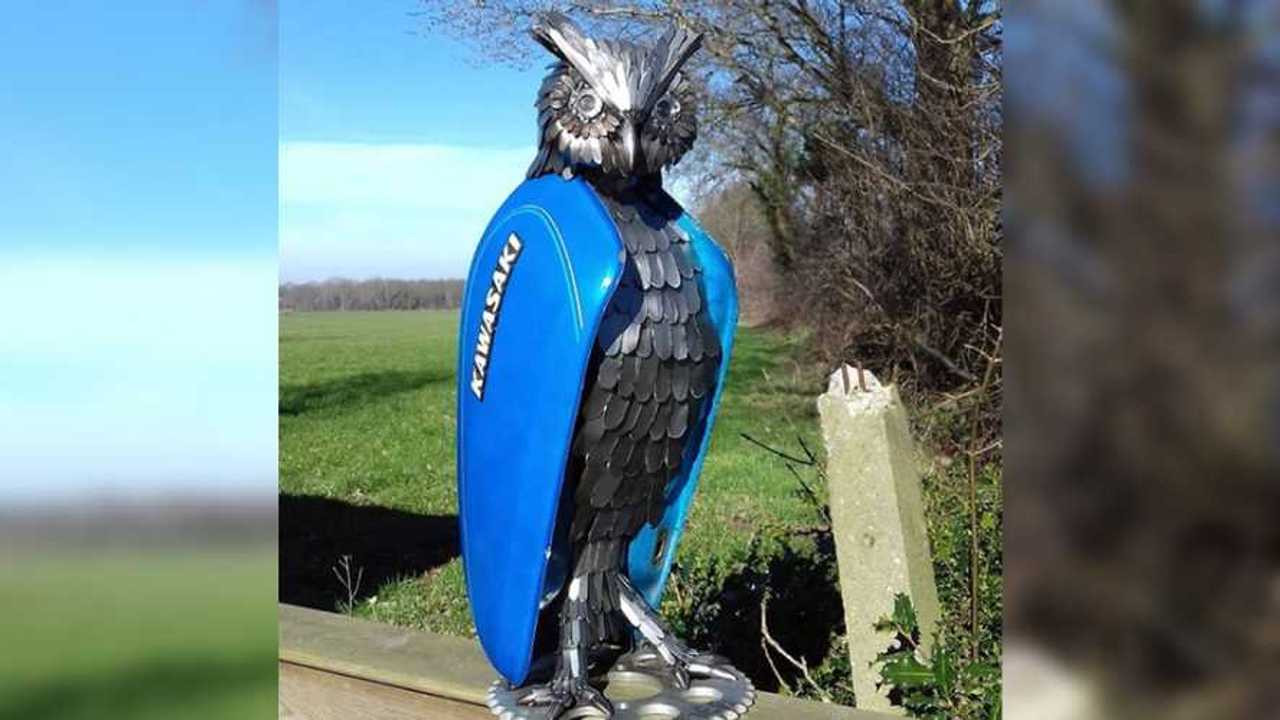 When you work on old bikes, you tend to collect parts for them. After all, they're old models, out of production, and you never know when you're going to need that Turbo Encabulator for your rare Kawazukiya QK950. After you sell that old bike, you often find parts for it that you forgot to include. I once left an entire spare Honda Silverwing exhaust in a girlfriend's garage. (Sorry about that.) We don't know where Jos Hammer of Colnic Design got all his old parts. We do know, however, that he makes some truly amazing artwork out of them.

One Man's Trash, Another Man's Treasure:

Some of Hammer's designs are fairly simple, such as small motorcycles made out of bolts, bearings, and other bits and bobs. Their simplicity makes them no less fascinating than his larger works, such as gas tanks turned into amazingly detailed birds of prey such as hawks and owls. His sculpture of a bird based on a blue Kawasaki gas tank is actually on display in a Dutch Kawasaki museum.

It takes a special kind of vision to look at a pile of old parts and see them for not what they are, but for what they could be. That pile of "junk" your spouse harasses you to clean up could very well turn into a genuine work of art with enough creativity. Some of us (like me) have a tendency to anthropomorphize our vehicles, perhaps a bit too much. Hammer takes this to an extreme with some of his creations. In addition to birds based on gas tanks, he's also made elaborate creatures such as a fish, an octopus, and a mounted cattle head, all out of scattered spare parts and bits of metal.

You can check out more of Hammer's work on Facebook and Instagram. I particularly like the old Husqvarna sewing machine that he's turned into a motorcycle.