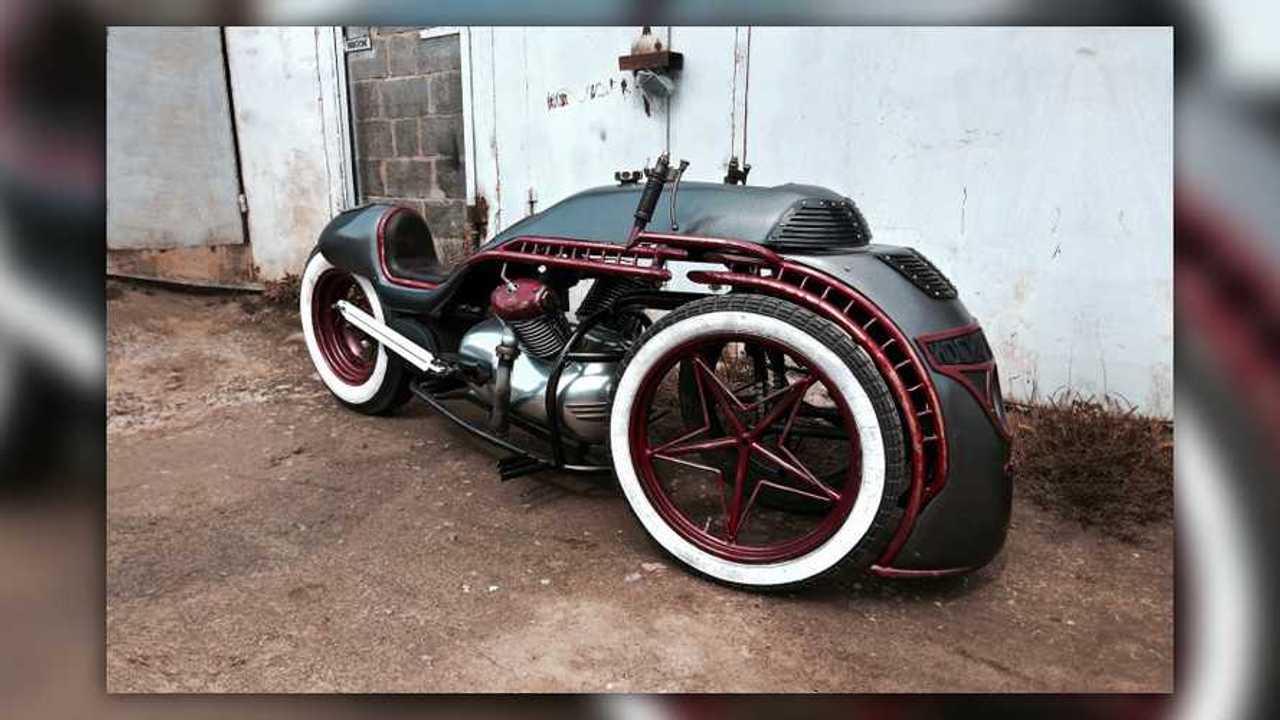 From Russia, with love.

In all types of art, you have to take inspiration from the world around you. Building custom motorcycles is no different. Generally, the types of things that come to mind are graceful forms like sharks, or wasps, or birds. Asook Customs out of St. Petersburg, Russia, clearly has different influences than the rest of us, however.

From Russia With Volts: The All-Terrain Electro Horse Trike
⠀

Meet The Tarus 2X2: It's Russian For Rokon!

Taking a page from Russian history and industrial design, the shop based this bizarre streamlined trike off of the “Joseph Stalin” steam locomotive. If you don’t know, Joseph Stalin (the train) was the fastest steam locomotive in the Soviet Union, capable of speeds up to 110 miles per hour. Joseph Stalin (the person) was a bit of a grumpy Gus who had a, shall we say, complicated relationship with the West. That's outside the scope of this story, however.

What is within the scope of this story is this fantastic-looking thing. The front fairing mimics the imposing grill of the train, including the grills up top, and the swooping lines that surround the hooded headlight. The steam train theme is carried on throughout the bike with a coupling rod running from the engine back to the rear wheel, as well as giant red Soviet stars on the front wheels. Instead of traditional handlebars, there’s a set of vertical grips used to turn the two front wheels.

As stunning of a piece of design as this is, it might be better described as a rolling sculpture than an actual trike or motorcycle because it's not a runner. That train inspired coupling rod driveline certainly looks trick, but I can’t imagine that’s particularly effective, or safe. There’s also the lack of a brake on any wheel that I can see. Also, one of our sources stated that the "engine" is just a collection of random aircraft parts.

None of that really matters though, because just look at this thing. Think of it as a proof of concept. Is every rough sketch or clay sculpture a fully realized vehicle? No. They are the physical manifestation of a wild idea, and that’s exactly what this is. Somebody took a pile of tube steel, a welder, and a photo out of a history book, and decided to try something new. Hats off to you, Asook