Take A Look At Motorcycle Training In The 1970s

The more things change, the more they stay the same.

The Motorcycle Safety Foundation came into existence in 1973, developing the Basic Rider Course that many, if not most of us, took when we learned how to ride. It was a different time, yet this training film from the 1970s demonstrates that aside from some statistics, motorcyclists back then faced many of the same challenges on the road as we do today.

Let's All Go To The Lobby: 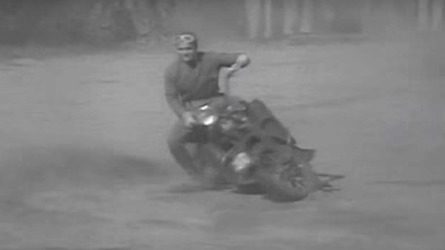 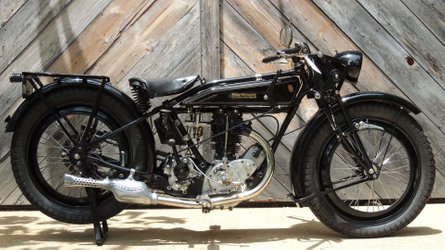 According to the film, motorcyclists are five times more likely to die in motorcycle crashes than car drivers. According to Forbes, that figure is now 28 times more likely as of 2018. Consider how many more vehicles are on the road than there were 50 years ago, as well as the human population of the world being twice as high. The film also states that 75 percent of motorcycle crashes happen at intersections. A 2007 NHTSA report says that figure is down to 51 percent. While the film gives advice on how to be seen, such as wearing brightly colored gear, it suggests white, red, or "shocking pink." There's no mention of day-glow orange or fluorescent yellow. None of the bikes in the film is using their headlights, either, which wasn't required until the early 1980s.

Most of the film's points remain true, though. The average motorist is no better at seeing or expecting motorcycles today than 50 years ago. Riders should look ahead and plan ahead, always. One interesting point the film makes is that a small object held in front of the driver's eyes can completely block their view of a motorcycle directly in front of them. This was years before cell phones, yet they are a major cause of the same problem happening today. Finally, the film recommends taking a motorcycle training course to become a better rider. This was either during the early days of the MSF before the course was widespread, or before the MSF even existed. It was far more common for riders to teach themselves back then, but the advice here is solid.

This is fun to watch and see a wide variety of now-vintage motorcycles. Everything from classic Harleys to Hondas and Suzukis is represented. Although the narrator is uncredited, I'm 99 percent sure it's none other than Steve McQueen. I know that voice, and despite being a big star, he was enough of a motorcycle enthusiast that I could see him lending it to such a film without credit.