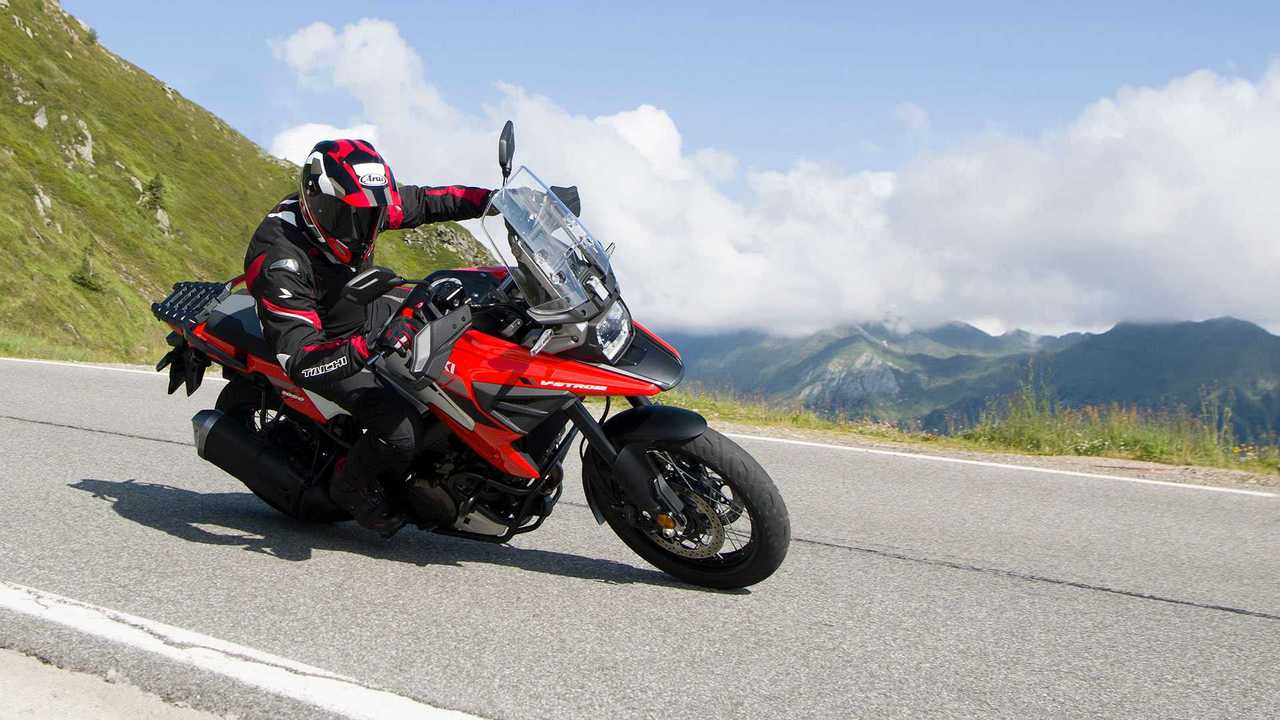 Houston, we have a price.

At the beginning of November, Suzuki unveiled the all (sort of) new 2020 V-Strom 1050 line up. The flagship adventure changes nomenclature and receives a few upgrades for the new model year. With new upgrades also come new pricing and the price chart for the trio of 1050 is now up.

Starting price for the 2020 V-Strom 1050 has been set at $13,399 for the base model—a $400 premium over the 2019 model. For the price, the base version of the Strom features a new, rectangular LED headlight, a new ride-by-wire throttle, adjustable traction control with four modes, three riding modes, and Suzuki’s Easy Start system.

Also new in 2020 is a color LCD instrument cluster which makes navigation through all the data and the different suspension and riding modes easy. The engine itself hasn’t changed: the V-Strom 1050 runs on the same 1,037cc V-twin as its predecessor. The block itself has been tweaked, however, and outfitted with new components such as higher-compression pistons, new exhaust and intake camshafts, and iridium-type spark plugs. This allows the engine to receive a higher compression ratio and produce fewer emissions.

The 1050XT Adventure comes in at $16,999 and takes all the perks of the XT brings to the table and adds a set of aluminum panniers and heated grips.

Availability of the 2020 Suzuki V-Strom 1050, XT, and XT Adventure has yet to be announced but they will likely land in the dealers at the beginning of the new year.