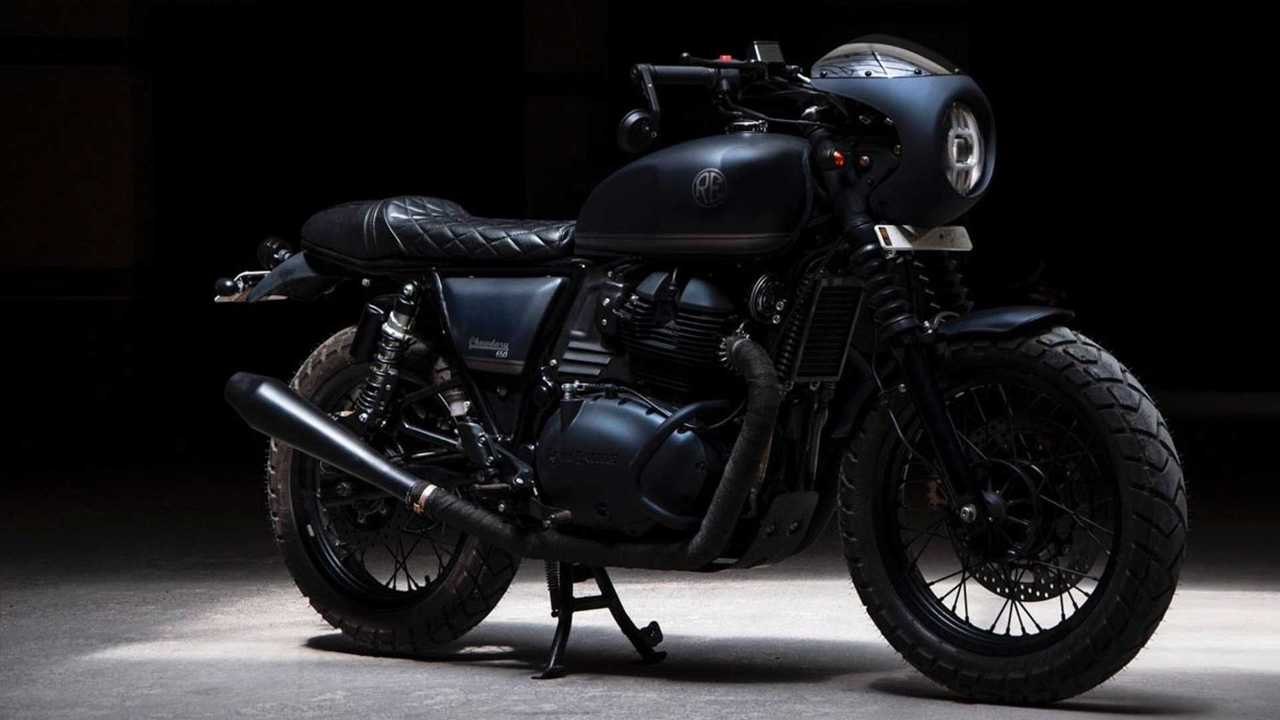 Without a shadow of a doubt.

Royal Enfield occupies a specific corner of the motorcycle market. The Indian manufacturer offers modern classics similar to Britain’s Triumph and America’s Harley-Davidson, but they do so at a much more affordable price point. Coupling classic style with minimal electronics⁠—by today’s standards⁠—Royal Enfield creates the optimal platform for custom work. Introduced in 2018, the INT (Interceptor) 650 can be molded into a rough and tumble scrambler or transformed into an elegant roadster. India-based Eimor Customs opts for the latter with its 2019 INT 650 cafe racer build deemed the Bomber.

This Custom Royal Enfield Cafe Racer From Java Is A Knockout

This Café Racer Looks Like A 1950s Pizza Cutter

Royal Enfield’s Twin 650 platform consists of the GT 650 and INT 650 and both models heavily lean on styling cues of the ‘60s and ‘70s. While the GT 650 captures more of the cafe racer aesthetic, Eimor Customs decided the less angular lines of the INT 650 suited their vision best.

To carry on the stealthy aesthetics, Eimor Customs painted the gas tank, fenders, and side covers midnight blue. The hue difference in the bodywork allowed the lines of the design to stand out among the sea of black without undermining the dark motif.

Of course, no cafe racer would be complete without a bubble fairing and Eimor Customs exercised excellent restraint with the small unit attached to the headlight. Additional touches like a black leather diamond-stitched seat and bar end mirrors lend to the cafe racer style.

While the Indian custom shop modded the appearance of nearly every component on the INT 650, they left the 648cc parallel-twin’s internals intact. With 47 horsepower and 38 ft-lb of torque, the stock engine is all you need to cruise the boulevard and look imposing—and that’s exactly what this build does.