This Custom Scrambler Is The Royal Enfield We Really Want 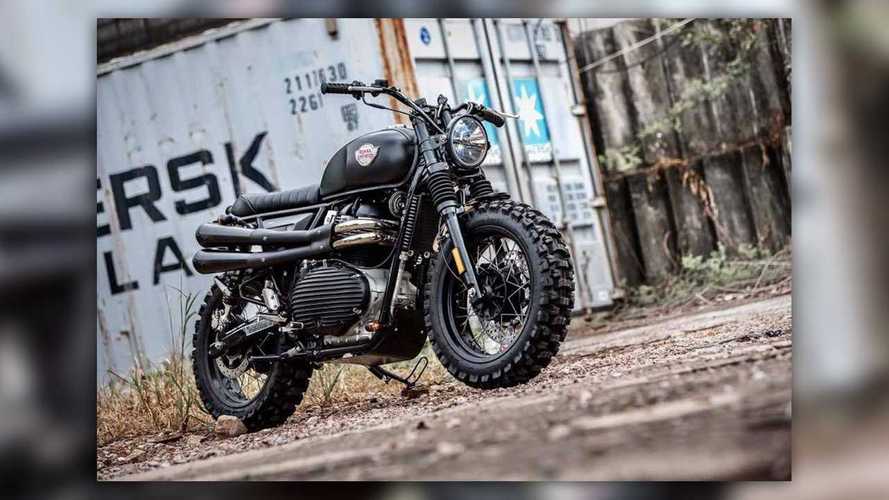 Thailand-based bike tuners K-Speed Customs recently gave a Royal Enfield Interceptor 650 an eye-popping cosmetic overhaul that borders on being as much a work of art as it is a machine. The shop took its inspiration from a classic Triumph Scrambler and changed several parts of the bike to give it a more muscular and off-road-ready look.

This Custom Royal Enfield Cafe Racer From Java Is A Knockout

Royal Enfield’s Interceptor 650 sports a subdued and classic look that is very far from the bike we see here. When the tuners got their hands on the motorcycle, they replaced the tires with a set of knobby off-road rubber and updated the exhaust to a burly looking double black pipe with flared tips. K-Speed also relocated the gauges, restyled the seat for a classic scrambler look, and installed LED lighting on both ends of the bike.

The modified motorcycle certainly looks the business, but the changes are only skin deep. K-Speed Customs left the factory 648cc parallel twin untouched. Power output is rated at 47 hp and just over 38 pound-feet of torque. Royal Enfield says that 80 percent of the max torque is available as low as 2,500 RPM, all of which will be needed to get the beefy tires turning off the line. The bike’s six-speed transmission with slip assist clutch also remains untouched.

K-Speed knocked it out of the park here. The fat, knobby tires, high pipes, flat seat, and overall rough and ready lines reflect the shop's fine attention to detail. The bike looks like something that came straight off of Royal Enfield's 650 assembly line. In fact, it looks like the scrambler that Enfield should be building. Enfield should take a page from K-Speed's playbook and add a scrambler to its new line of parallel twins. Hey, if it worked for Triumph and Ducati it can work for Enfield!