This Custom Little Honda Runs On A VFR800 V4 Engine 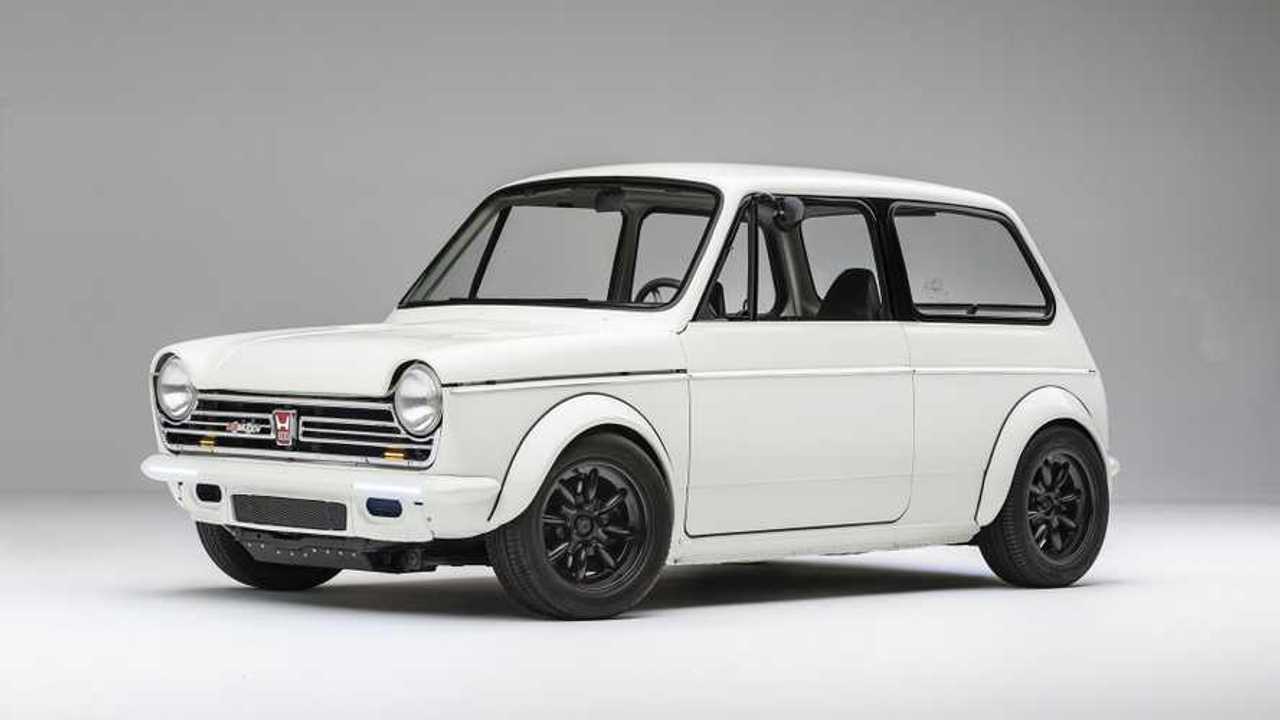 Car on the outside, motorcycle on the inside.

The SEMA Show is the biggest modification, tuning, and customization event of the year. It takes place every year in Las Vegas and showcases some of the craziest car and truck modifications out there. Even manufacturers have started taking advantage of the platform to show off modified versions of their models to the specialized audience. Why are we talking about a car show? Because this year, Honda is bringing a little something special to SEMA that involves a motorcycle engine.

Back in May, Honda organized the first edition of the Super Tuner Legends Series—a tuning competition that invited people to modify Honda vehicles and enter them for a chance to win the title of Super Tuner and get a spot at the Honda booth at the 2019 SEMA show.

Stephen Mines’ 1972 Honda N600 took the 2019 title—a truly nostalgic moment considering the N600 was the first Honda sold on U.S. soil 60 years ago. When you look at it, at first glance, that white little N600 doesn’t look like much—just your run of the mill early 70s miniature hatchback. True, there’s been a few aesthetic modifications, which include the addition of a 67-68 Camaro’s front and rear bumpers. The real change, however, is on the inside and that’s what makes all the difference.

In fact, Mines took five years to modify his N600, including swapping the engine with the V4 of a 1998 Honda VFR800, Honda’s former sport-tourer. Funny enough, though the engine was grafted from a motorcycle, it fills in the N600’s engine compartment quite nicely. For reference, the little car was originally equipped with a 0.6L (or 598cc) two-cylinder engine—a smaller block than the VFR’s.

The engine is mated to a sequential gearbox which means there's no reverse and all the power is sent to the Honda’s rear wheels. Other modifications on the car include a Mazda Miata suspension set as well as the seats from the Polaris RZR SxS.

The V4-powered Honda N600 will be on display at SEMA. The show runs from November 5 to  8. You can hear the hilarious-sounding car in this video. This has to be one of the most fun rides out there...