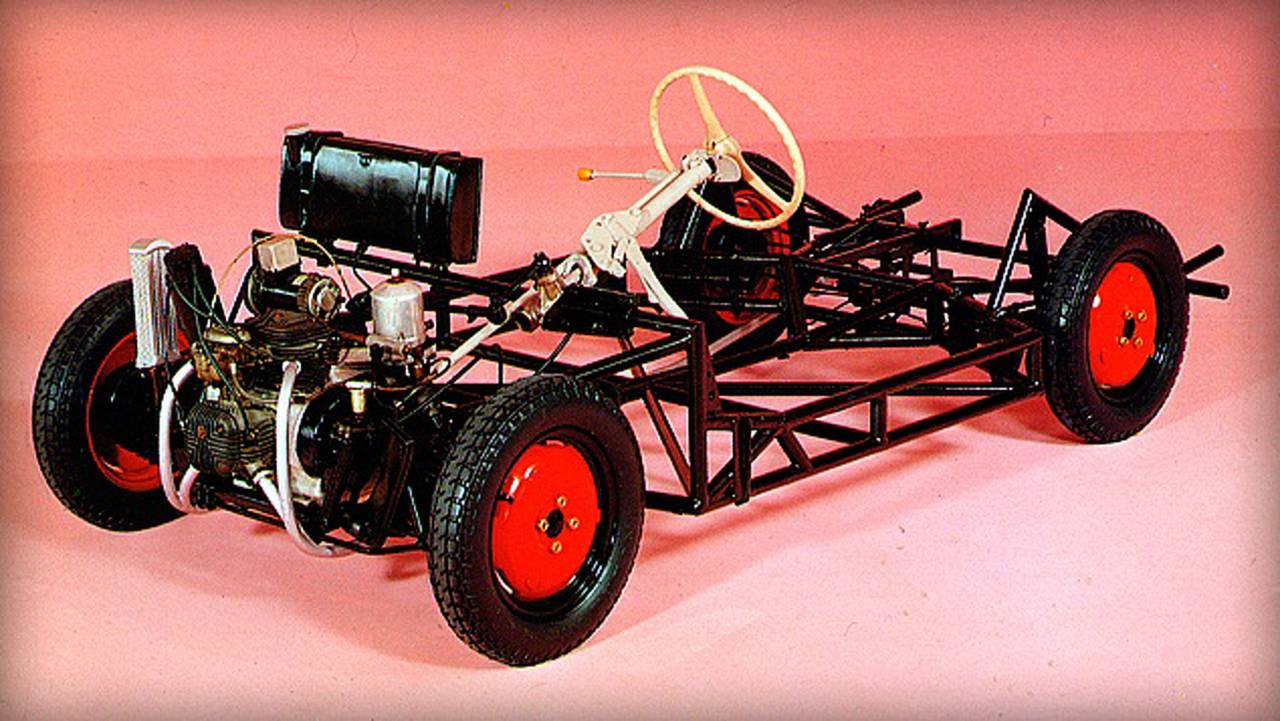 Every manufacturer has a unique history and Ducati is no different. Had things gone differently than they have, we might know Ducati for cars, not bikes.

At one point in history, it could have been a thing

Looking at history from the lens of today, you can sometimes find some truly unbelievable things. For instance, I recently found out that Mitsubishi once produced a scooter (funny story, check out our Putin on a bike piece). The opposite has also happened where well-established motorcycle manufacturers dabble in the realm of four-wheels—I mean, besides Honda and Suzuki that have a wheel in both industries to this day. Could you picture driving a Ducati car? Well, that almost happened.

It's no secret, the famed Italian maker has a long history of building motorcycles, some of which have become icons. Ages before developing the desmodromic engine, Ducati got humble beginnings as a radio-equipment company. Imagine listening to your music on a Ducati wireless speaker. Weird right?

GO OUT AND PLAY: Ducati Offers the Ride of a Lifetime in Sunny Italy

Thankfully, Ducati eventually switched over to engines and bikes. The post-war years, however, were not kind to the manufacturer whose plant had been destroyed in bombings. Despite resuming production only a year following the end of the war, the pressure was on to produce a car.

The company obliged and in 1946, designed (on paper), a four-wheel concept. The design featured a trellis tube frame, a technology Ducati would eventually use on its motorcycles, and a 250cc, 90° L-Twin engine with a four-gear transmission. The concept was meant to be a two-seater. Named the DU4, the concept became a prototype of which only one was built. The project was dropped as quickly as it had been picked up and the Ducati car never actually saw the light of day.

In the years following the first failed attempt at building a car, Ducati tapped into four-wheel racing before finally assembling its very first car in 1965 thanks to a partnership with British company Leyland, maker of the Triumph Herald and Spitfire. The models assembled in Italy sport a cursive "Ducati Mechanica" logo on top of the Triumph one. It is unknown how many were produced, which makes the Ducati-built Triumphs rare and expensive.

Some Alfa Romeos and Lancia have also historically received Ducati engines. The brand, however, never designed a car of its own after the failed DU4 attempt. We're glad the company refocused its energy on motorcycles to come up with beauties such as the 916 or the Monster. I can't help but wonder what driving a Ducati car would be like today.