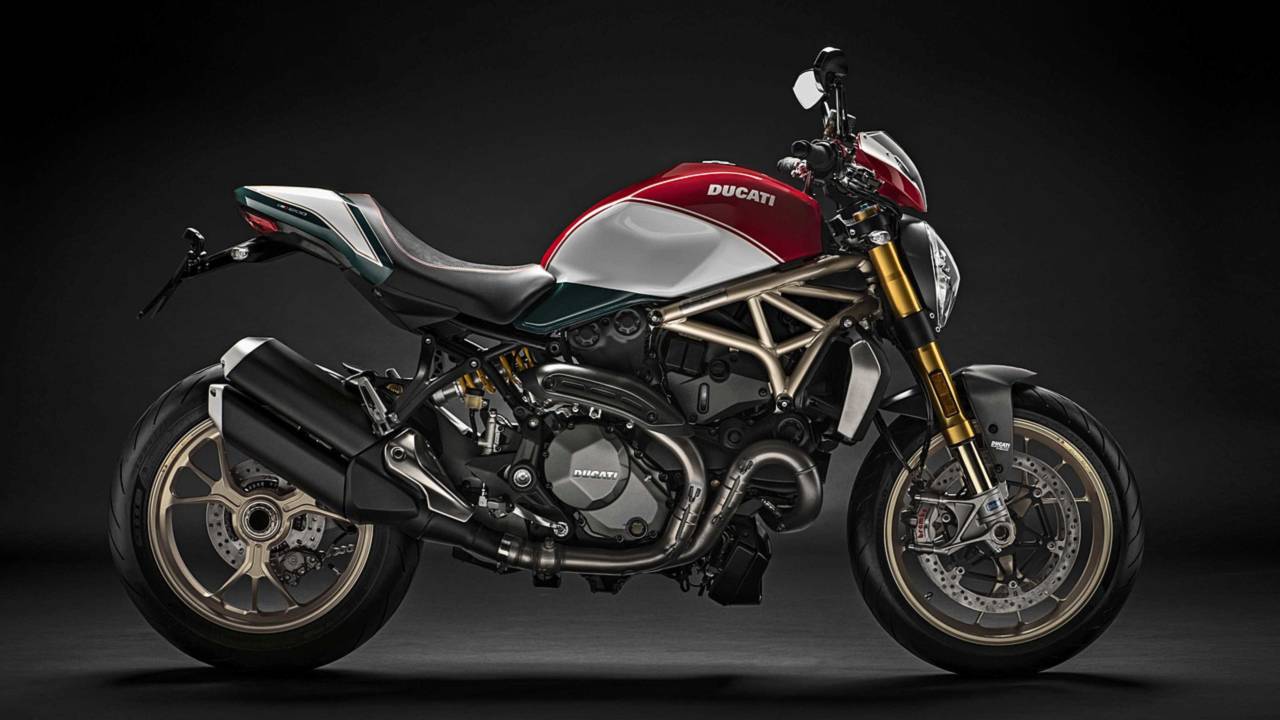 You don't get to celebrate a quarter of a century very often and Ducati made sure its Monster 1200 feels the love with the limited 25° Anniversario edition.

What’s more Italian than a Ducati Monster? A Ducati Monster in green, white, and red livery! Ducati is celebrating the Monster's silver anniversary this year with a special edition. The 90s kids are becoming adults; just another reminder that the era of good hip-hop and boy bands is already a quarter of a century behind us.

A SPECIAL EDITION AND A PARADE: Ducati Parade Celebrates 25 Years of Monster

MAYBE A CELEBRATION ON THE ROAD?: Ducati Offers the Ride of a Lifetime in Sunny Italy

The paint is nicely complemented by embroidered “25° Anniversario” saddle, a gold frame sporting the model’s serial number, and a pair of Marchesini w-spoke wheels. The brake and clutch levers are made from aluminum, whereas the mudguards, keyhole cover, and plate shield are in carbon fiber. The mirror casings and handlebar weights are machined.

The golden trellis frame is complete with the model’s typical single-sided swingarm and adjustable fork. The 25° Anniversario is powered by the same Testastretta L-twin Desmodromic engine as the Monster 1200S rated at 147 hp and 91 lb-ft of torque, a brutal but powerful beast.

A LOT TO CELEBRATE THIS YEAR: Ducati Returns to Pikes Peak with new Multistrada 1260

Using the digital tool cluster, the rider can choose between three riding modes—sport, touring and urban. The Ducati Quick Shift system allows for smooth and snappy shifts without engaging the clutch. To complete the special edition kit, the buyer also receives a 25° Anniversario bike cover.

The Ducati Monster 1200 25° Anniversario will be available in the US in November, but should you want to jump the gun to make sure to get your hands on one of the limited editions you can pre-order one at your local Ducati dealer.