First released in 1993 with the M600, M750, and M900, Ducati’s parts-bin naked is one of the Italian marque’s most significant models in modern times. Jon Urry over at VisorDown calls the Monster, “the bike that made Ducati what it is today”, and proposes, “without the Monster range, Ducati wouldn’t be in existence today”. After dozens of different models in a wide range of engine sizes over 25 years, Ducati has planned an anniversary ride and celebration of its famous Monster. 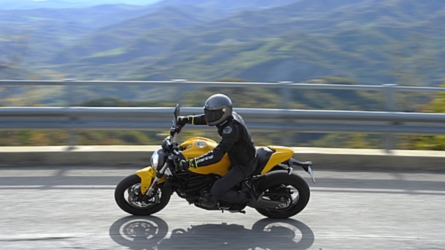 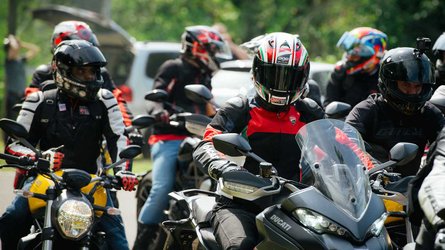 Five Reasons Why Group Rides Are The Worst

Because Ducati was catering to a fairly niche market, early ‘90s sales needed a boost. This lead to the idea for a minimalistic, bare bones motorcycle consisting only of the essentials that would excel in real world, day-to-day riding applications. Ducati’s Miguel Galluzzi accomplished this by wrapping the air-cooled 904cc power plant from the 900SS in the 888 super bike’s trellis frame, and finishing off the bike with other off-the-shelf parts available at the factory.

The Monster range was a massive success for the brand and has garnered legions of loyal fans, sometimes to referred to as “Monsteristis”. To celebrate the 25th anniversary of the iconic model line, Ducati has planned a special one-day Monster rally in France on Sunday, March 24. The ride will conclude with two parade laps at the Paul Ricard Circuit near Marseille, France, on the track’s 2018 F1 configuration. There will also be an optional dinner at the Panoramic Circuit Castellet for just under $45.

Attending the festivities does require tickets which are available for $25 (or $50 for two-uppers) and include a dedicated parking space, a free shirt, and full access to “general speaker” and the paddock.