Vladimir Putin is One of Us: He Rides Bikes

Brawny President Vladimir Putin is the epitome of badass, but deep down, he's like us! He likes puppies and motorcycles. Here's a look at some of his rides.

With the Trump-Putin meeting writing another page in history, we discover a little more about the stoic Russian president

Russian President Vladimir Putin is a fascinating character. A quiet force that probably knows 37 ways to kill you with two fingers and possibly another only by staring you down. He shoots guns and rifles, hunts, rides horses bare chest, has a black belt in taekwondo, flies planes, has talked down to the United States without even a twinkle of fear in his eye, and has annexed Crimea with pretty much no opposition just 'cause. If Soviet Russia was a person, it would be Putin.

But under all the layers of Soviet metal and rough-sounding speech—Russian is probably the scariest-sounding language anyway—Vladimir really is just like us. He enjoys fishing, puppies, and motorcycles. Considering his generous gift of a World Cup soccer ball to America and because we like to relate to other motorcyclists, we thought we would pay an homage to Putin, the rider.

So, granted, there's hardly a manlier man than Vladimir Putin. A few years ago, he rode with the Night Wolves biker gang into a motorcycle show and lead the pack. We hope this was as badass as it sounds, except, big, tough Vladimir needed his training wheels. He showed up on a Harley-Davidson Lehman Trike. Yes, the Russian president showed up on an American motorcycle. With three wheels. And neons. We'll let that sink it.

DID WE MENTION: Twenty-Four Hours in Seattle with a Ural - Part 1 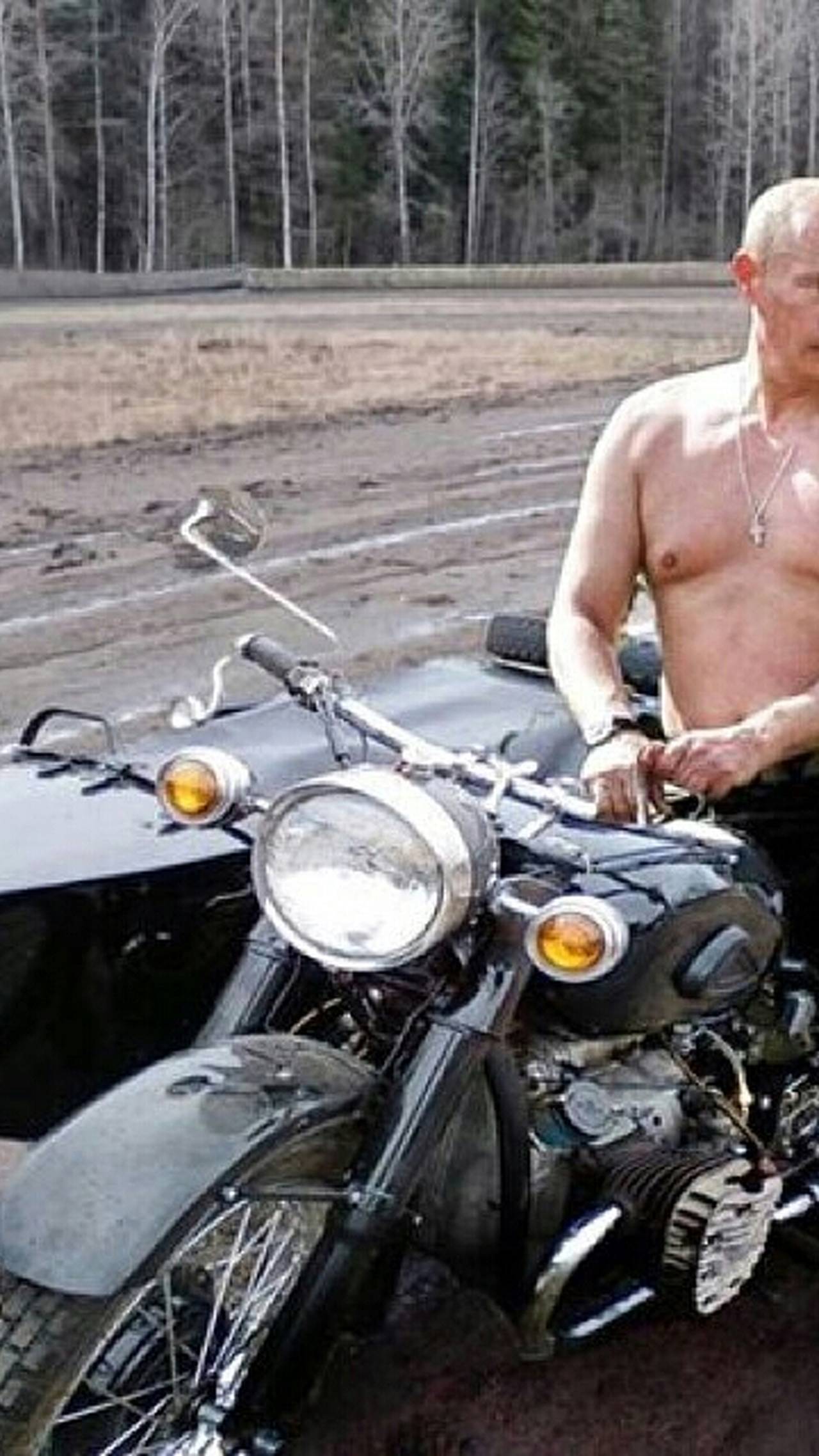 The Russian President on a Russian bike, that's more like it. Nothing wrong with a Ural in itself—these bikes are sturdy and easy to care for, the extra seat lets you get groceries or take your dog for a ride, plus they're a favorite of our editor Jason. However, aren't you noticing a pattern in the number of wheels? Once you go trike, you can never go back (probably not true, it just sounded cool).

THAT JASON: Twenty-Four Hours in Seattle With a Ural - Part 2 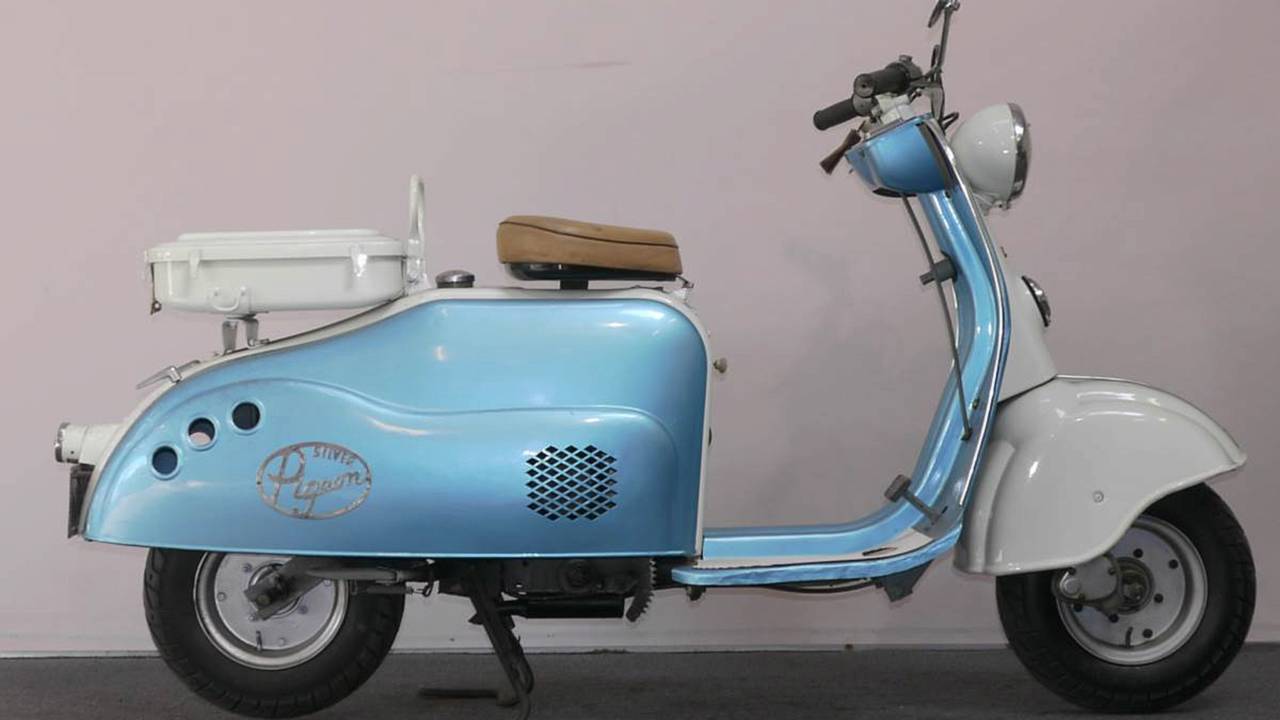 We kind of hope his is baby blue too!

This one is only a rumor, or is it? During the Innoprom engineering exhibition, Putin walked past the Mitsubishi booth and told the representatives, that he has a motorcycle by them. 1) Yes, Mitsubishi has had a short career building motorcycles—scooters to be specific, during the post-war years. 2) If that's what Putin is referring to, he would be the proud owner of a Silver Pigeon. We like the Ural better, but we were kind of hoping his would be fitted with a machine gun or something.

3) The Kremlin has actually denied Putin has ever owned a Mitsubishi motorcycle; it would instead be a Kawasaki. Oh! Silly President who doesn't know his motorcycle brands. Or does he?

We were wrong, this is way more Russian than the Ural: a Russian weapon manufacturer building a motorcycle for the Russian president's Kortezh. This one isn't actually owned by Putin, however, it's easy to imagine he would want to test it out—or not, it doesn't have three wheels. The concept has been tested and is expected to join the presidential fleet by 2019. The monster weighs in at 1,124 lbs and can reach a top speed of 155 mph. And it sounds like a rifle. 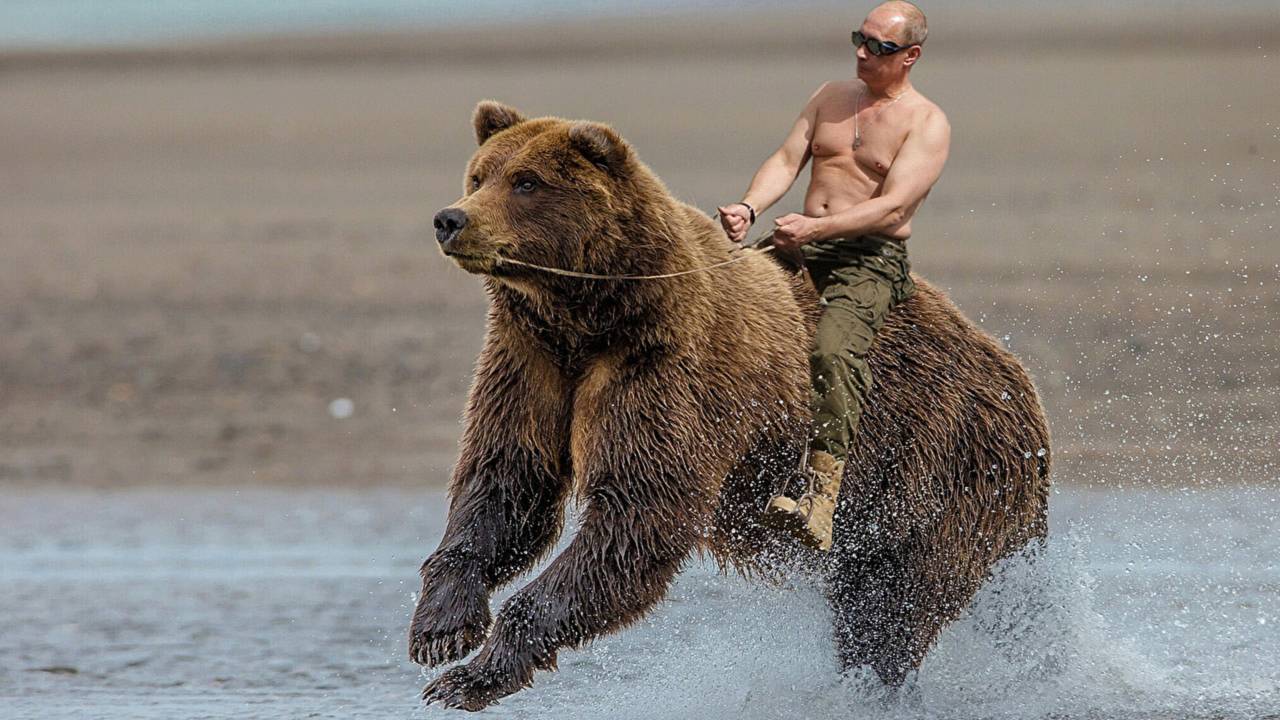 A ride with 4-paws drive.

The real question here is: considering it has 4x4 capability, should a bear be considered an SUV, or because you are straddling it, a motorcycle?

Bonus: Putin' in the cuddles. Told you he likes puppies.