Is The Hadin Panther The Future Of Electric Cruisers Design? 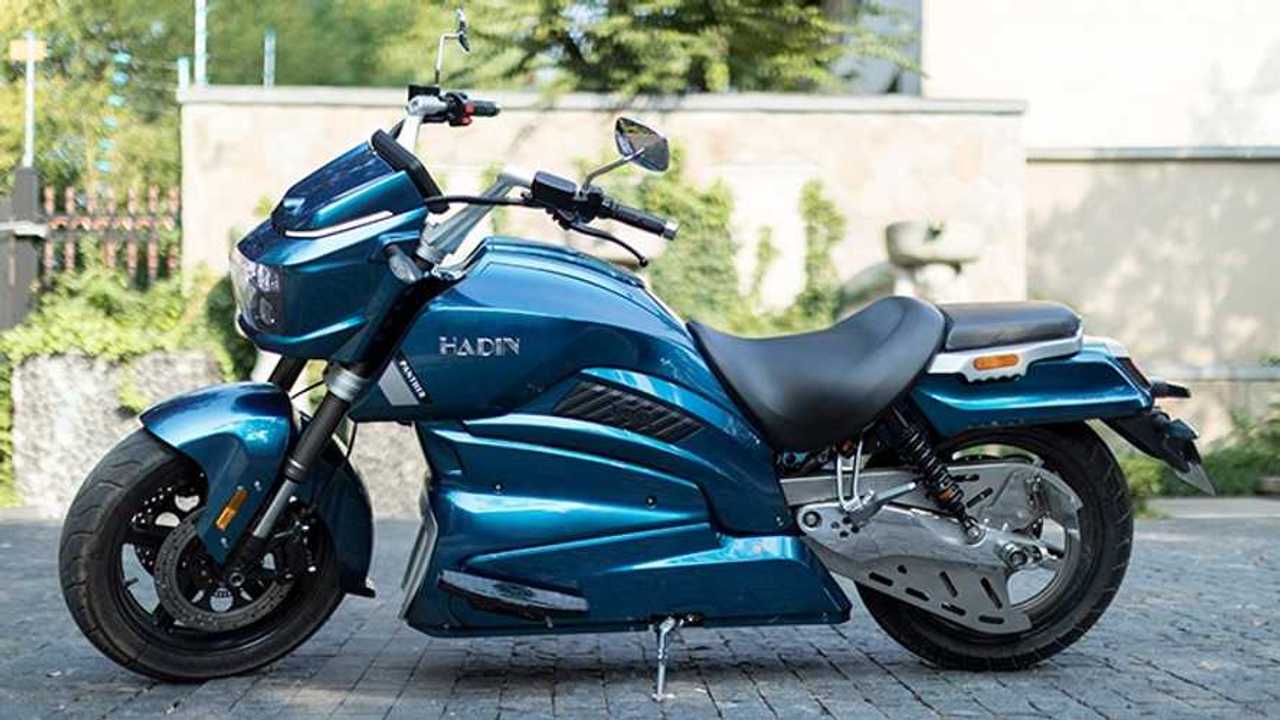 Be afraid. Be very afraid.

Motorcycle enthusiasts judge electric bikes based on three main factors: range, charge time, and price. Yes, figures like horsepower, wheelbase, and rake also matter, but if you’re charging your battery more than you’re riding, all that power and handling doesn’t mean a thing. When speed equates to less time in the saddle, maybe production electric motorcycles are more suited for cruising. At least California-based Hadin Motorcycles believes so as they prep to unveil the all-electric Panther at EICMA 2019.

Aware of the importance of battery capacity, Hadin focuses on quick charge times. The Panther’s Panasonic 18650 Lithium Battery fast charges to 80% in 30 minutes with a standard charge time of 6-8 hours. The “cruising range” of the model hovers around 100 miles and Hadin doesn’t give customers much room to shorten that maximum distance with a top speed of 80mph.

The Panther weighs in at nearly 600 pounds and pumps out a paltry 61 horsepower, which aligns it with numerous models from cruiser mainstay Harley-Davidson. Along with the 65-inch wheelbase and less than six inches of ground clearance, it’s safe to say that Hadin took some notes from the Motor Company’s playbook on this one.

Like most electric motorcycles, the Panther comes equipped with top of the line electronics suite. Standard features like keyless ignition are present of course, but smart phone projection along with front and rear-facing high definition camera sweeten up the package.

With brands like Curtiss and Tacita as key players in the e-cruiser market, Handin certainly had to set itself apart in the styling department. Due to electrification liberating the classic configurations of motorcycles, designers can take new risks and the Panther toes the line of timeless and futuristic.

While the silhouette and stance of Hadin’s electric motorcycle are unmistakably cruiser, the fully-faired body clashes with the tradition of showcasing the engine. Additionally, the flowing lines of the bodywork don’t match the square headlight and blocky rear fender that look like they were lifted off an ‘80s sportbike. Despite the fairings and bulbous headlight, the dual-shocks, tail section, and chin spoiler bring Harley’s V-Rod to mind.

The range and charge times of the Panther are clear but Hadin is set to reveal the price of the new e-cruiser on November 6, 2019, at EICMA in Milan, Italy. We’ll have to wait and see if the model meets the three criteria for electric motorcycles, but similar to the Panther’s fast charge time, we won’t have to wait long.