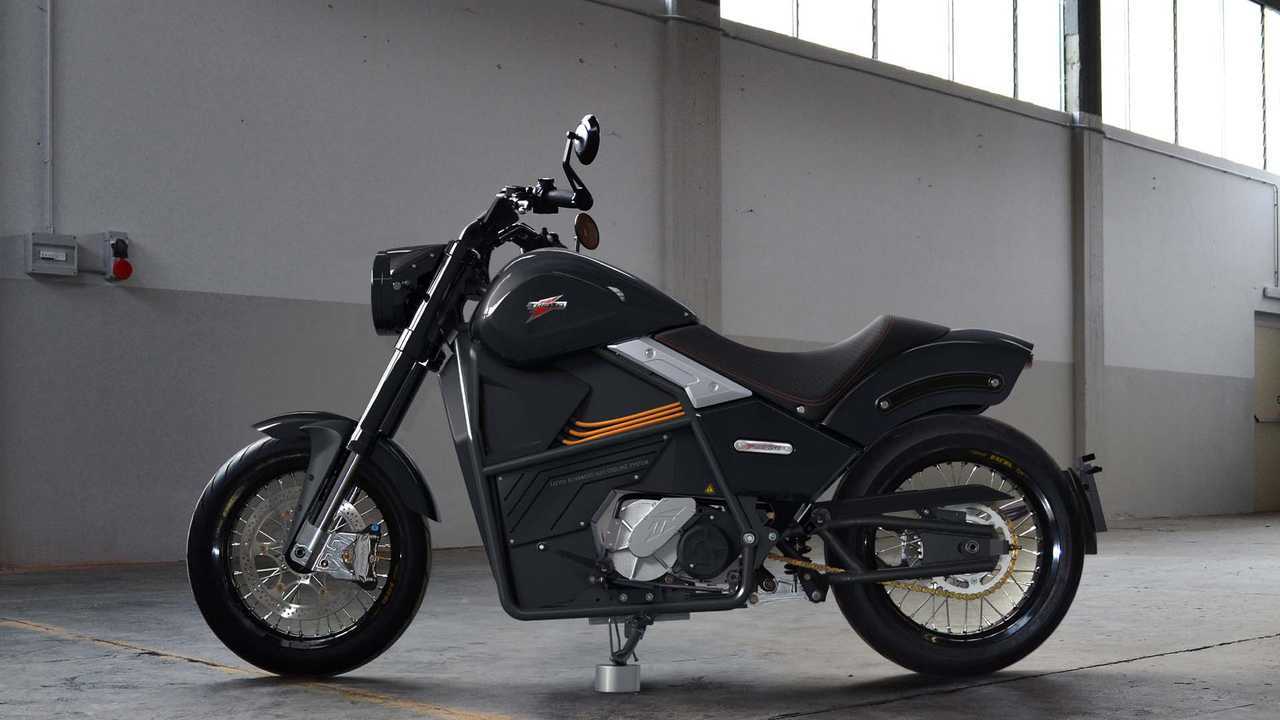 Electric motorcycle manufacturer Tacita just announced the upcoming release of a new all-electric street bike called the T-Cruise Urban. The company has been making motocross, enduro, supermotard, and electric rally bikes for a few years now, but the T-Cruise Urban marks Tacita’s first foray into dedicated road bikes. Based on the T-Cruise concept that the company showed off at the AIMExpo back in 2017, the bike takes its cues from American motorcycles’ styling with a low seat and feet-forward position.

The Urban will be available with two different battery packs at launch: a Large size 18 kWh unit with a range of up to 137 miles and a Medium 9kWh battery pack that is good for up to 70 miles. Tacita says its range estimates are generated before the bike enters into reserve power mode. The powertrain is configurable, with up to 44kW of power (roughly 60 hp) and 100 Nm of torque (just less than 75 pound-feet). Both electric systems are new, second-generation powerplants that are just now making their way into the company’s other offerings.

A five-speed gearbox will be used to help reduce overheating and maximize efficiency from the electric motors. It’s also said to generate better torque on demand and produce better range than other options the company could have put in place and the other gearboxes used in electric bikes, like the single-speed unit used in the Harley-Davidson LiveWire.

Though the buzz right now is around the Urban road bike, the company’s other offerings are just as customizable and forward-thinking. The T-Race Enduro can be set up with a full Kevlar/carbon body and up to 34 kW of power, while other bikes like the T-Race Motard can be set up for use on the street.

Tacita started in 2009 with the sole purpose of creating electric motorcycles. Performance has been their main focus but making a motorcycle with the true attitude of an Italian bike was the company’s bigger challenge. Pricing for the T-Cruise Urban will start at 11,962 Euro (approximately $13,000) when the bikes go on sale. There is no word on an official release date yet.