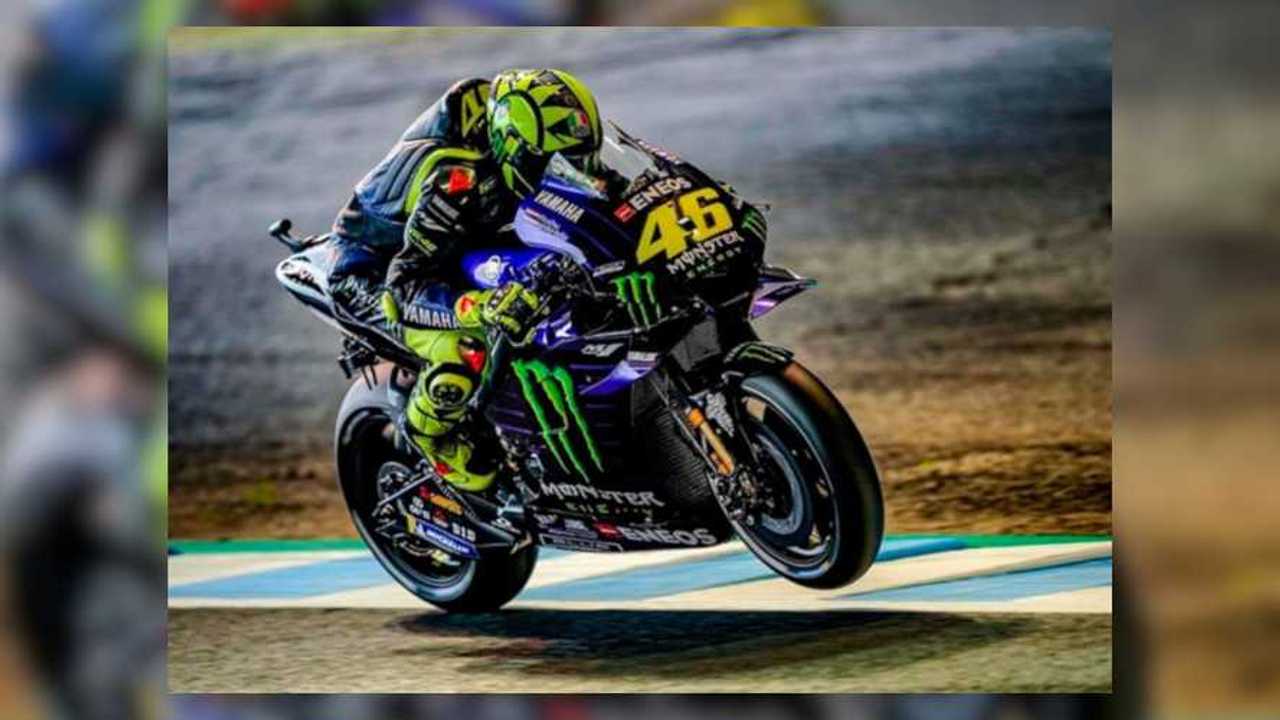 He may only be 40 years old, but Valentino Rossi’s long and storied MotoGP career belies his relatively young age. This late October 2019 race weekend at Phillip Island in Australia marks the Doctor’s 400th race. “It’s been a long, long time,” Rossi said in a press conference.

Rub Shoulders With Rossi At His Ranch

He’s truly in a class of his own—and the sport couldn’t ask for a better ambassador. Other racers might be seen as cold, clinical, and purely results-driven. Rossi also cares about results, and is frequently competitive on track. Off-track, however, it’s his unique personality that wins fans over and keeps them coming back for more.

Even this far into his career, Rossi is still the only racer to ever win World Championship titles across the 125cc, 250cc, 500cc, and MotoGP classes. We don’t know how long he’ll race at the premiere level of world motorcycle competition, but we do know that his current contract with Yamaha runs through the 2020 season.

Of Rossi’s 400 races, he’s won a total of 115—and scored at least some points in 353 of them. If you’re a stats person, no matter your personal opinion on Rossi, those figures simply can’t be beat. How hard is it to fit 400 candles on a cake, again?

Phillip Island holds a special place in many a racer’s heart. For Rossi, it’s probably no surprise that it’s also significant. He’s won an impressive eight races there—still the most wins at Melbourne of any rider in the series.

While the 2019 season hasn’t been anywhere near Rossi’s best, he’s currently running seventh in the 2019 rider championship standings, and has scored two second-place finishes so far this season.  Only three races remain in the current season, including this weekend’s round in Australia.

Will he be content to hang up his MotoGP leathers after the 2020 season? Only the Doctor knows for sure.