Today’s edition of “why didn’t you just buy a motorcycle in the first place” comes to us from Vietnam. I suppose that question holds its own answer, because scooters are prevalent and useful in Vietnam in ways that a supersport machine would not be, so souping up a scooter to look like a MotoGP bike is, I suppose, the next best option.

Scooters Are A Special Kind Of Fun: 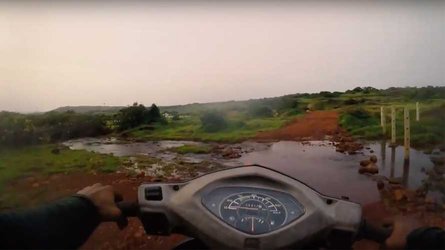 Off-Roading Fun On A Honda Scooter Because He Can 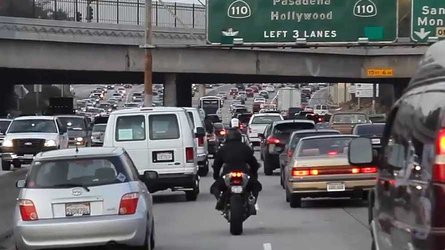 The cool part is, it’s a Yamaha scooter tarted up to look like a Yamaha race bike, so that’s fun. Specifically, it’s been modded to look just like Valentino Rossi’s #46 Yamaha YZR-M1 motorcycle. What makes this one special is just how much work obviously went into this build.

To be completely fair, the build most likely started off with a MotoGP edition Y15ZR scooter, which showed up new with paint matched to your choice of three MotoGP colors, Rossi’s blue as one of them. These were available from Hong Leong Yamaha throughout countries around the South China Sea in 2016. This particular example, though, has been modified beyond any of those dealerships’ wildest dreams.

The builder has replaced the scooter wheels with Rotobox carbon fiber wheels of the same size the Yamaha YZF-R1 superbike takes, with corresponding sport tires fitted. That major change to the front end meant the bike could no longer accommodate the front wheel with its spindly little scooter forks, so a wholly new front end with upside-down Ohlins cartridge forks was bolted on (apparently donated by a Honda CBR1000). The rear is now sprung by an Ohlins rear monoshock.

The builder tossed the front single-piston brake caliper in favor of a Brembo four-pot, and replaced the back with a Brembo as well. The look gets rounded out by a carbon fiber front fender and clear crankcase and oil filter covers, perhaps so you and everyone else can see what’s going on in that little 125cc motor. This little thing didn’t get any engine upgrades, so there’s about 15hp getting pushed through that MIVV full titanium exhaust. It has a five-speed gearbox and a chain final drive, with an upgraded 520 chain to grab the spokes on that new carbon fiber wheel.

New, these little scooters retail for around $2,000 US (that’s the MotoGP edition), but sadly were never available on the American market. Me? I’d love to see more scooters around here. You can fit so much stuff under those seats! How much stuff can you carry on a YZF-R1M? Nothing, unless you’re willing to carry a backpack, that is.