Off-Roading Fun On A Honda Scooter Because He Can

Hold on to your helmets, it's going to be a rough ride.

We celebrate boldness and tip our hats to the riders out there who don’t let their bike’s “designation” decide whether they go off road or not. This video was shared on YouTube by a dude who decided to take his little Honda Dio off the beaten paths through Goa, a region of Western India. The scenery is lovely and the Dio soldiers through unsuspected obstacles. This time, however, it does not end as expected. 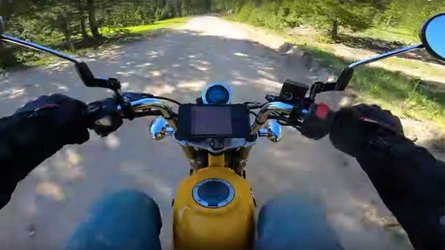 Watch This Dude Off-Road His Monkey Like A Champ
⠀ 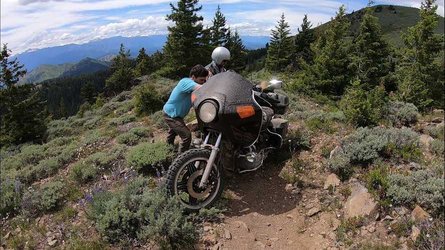 Guy Off-Roads His Gold Wing, Because Why Not?

We don’t get a lot of details about the scooter itself. The Honda Dio was originally available from 1988 to 1996 almost everywhere in the world—except in the United States—as a 50cc ride. After 1996, Honda Motorcycle and Scooter India (HMSI) picked up production. Later versions of the model doubled in displacement to reach 109cc. That being said, a scooter remains a scooter and definitely not your ideal off-road ride, but this guy somehow makes it work.

And he’s not alone! A handful of riders on scooters are tackling the same gnarly path. You can hear the Dio hilariously rev and struggle as the becomes increasingly rougher and even wet! He ends up having to run his scooter through a few streams and puddles.

By the end of the video, it looks like the Honda has had enough as the rider can be seen walking the scooter to dry ground and jack it up on the center stand, seemingly trying to kickstart it. To be fair, it doesn’t look like the scooter has electric ignition anyway. We’ll suppose since he posted the video that he made it back home at some point—the story doesn’t say how the last portion of his off-roading adventure went.