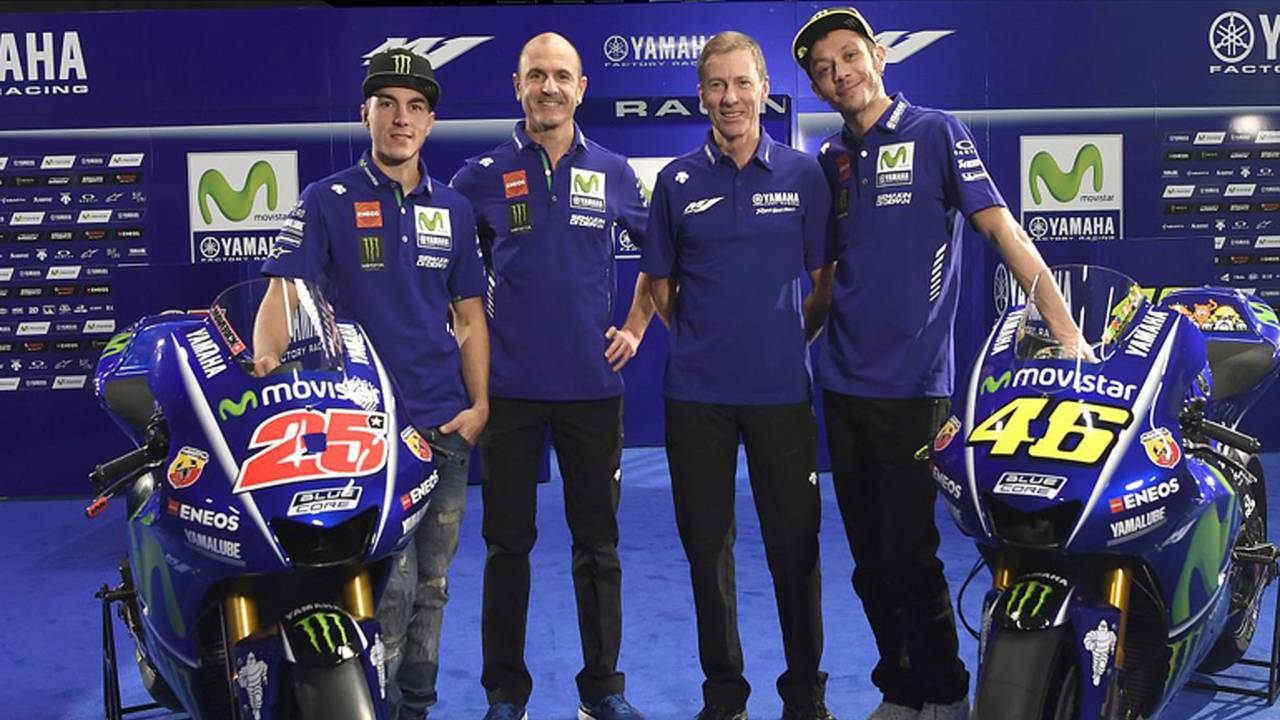 Video of the day features the launch of the 2017 Yamaha MotoGP Team with Valentino Rossi being joined by his new teammate, Maverick Vinales.

Check out the new Movistar Yamaha MotoGP Team featuring former GP World Champion Valentino Rossi and young phenom, Maverick Vinales. The Movistar livery is similar to what it has been over the years with just slight variations on the M1 graphics and logos so there's no groundbreaking stuff in that regards. The 2017 MotoGP season kicks off at Qatar on March 26, 2017. Make sure to check out the complete coverage on Motorsports.com throughout the season.

After the 2017 Movistar Yamaha team launch in Madrid, Valentino Rossi and Maverick Vinales were off to Indonesia for the dealer meeting, one of the biggest assemblies in the world among Yamaha distributors. The event included multiple interviews, meeting competition winners, photoshoots and a presentation of the New Yamaha R15, with the riders joined on stage by Yamaha President Hiroyuki Yanagi.

The unveiling of the R15 was an exclusive, the new model being first introduced in Indonesia before its global launch. The passion for motorsport, and especially MotoGP, was evident in the enthusiasm of the media present at the dealer meeting and made the riders feel very welcome.

Always enjoying Southeast Asia, Rossi was eager to have a few days off after the event to further experience the region, while Viñales prolonged his tour in Indonesia. The Spaniard went on an excursion to the Sentul International Circuit where he got the chance to test the new race bike and the AEROX 155VVA. The team gets a short break before meeting again in the Philippines on Jan. 28 for media events, prior to the first pre-season testing in Sepang, Malaysia.