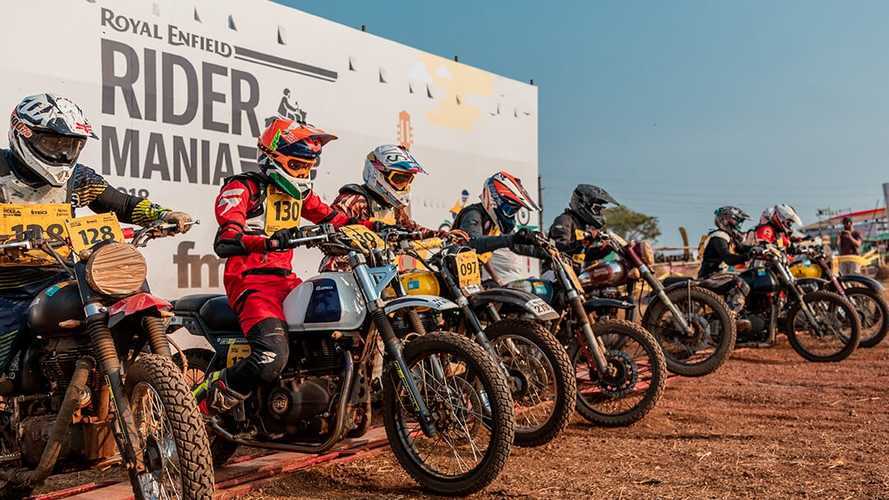 Royal Enfield has endured an eventful 2019. In January, the company’s President resigned. Three months later, parent company Eicher Motors, Ltd. appointed Vinrod K. Dasari as the new CEO. On top of all that, the Indian manufacturer struggled with workers strikes and declining sales throughout the year. With the whirlwind of current events, Royal Enfield just announced open registration for their annual motorcycle jamboree—Rider Mania—with hopes that it can return good vibes and good fortunes to the brand.

Rider Mania has been Royal Enfield’s annual motorcycle and music festival since 2003. The rally has grown to become the largest gathering of Royal Enfield riders in the world and backers anticipate more than 8,000 riders attending this year’s festivities. The three-day event takes place from November 22-24 in the Indian coastal state of Goa.

Many Enfield enthusiasts look forward to the annual meet up as a way to reconnect with old friends and create new ones. If this year’s celebration is anything like the previous years, it should be a smashing good time!

Highlights from this year’s bash include:

But the festival isn’t all fun and games. For 2019, Royal Enfield plans to take a stand against single-use plastics by promoting the use of metal water bottles. Upon registration, participants will receive a metal sipper and filling stations will be located throughout the venue.

Registration for the event is now open at Royal Enfield’s website and the fee is 2,500 Indian rupees (about $35) until October 15. Thereafter, the price will increase to 3,000 INR (about $42). By rallying the base, attracting new riders to the brand’s unique community, and backing an environmental initiative, the company is looking to the future with Rider Mania. We just hope it helps to make 2020 a better year for the company.