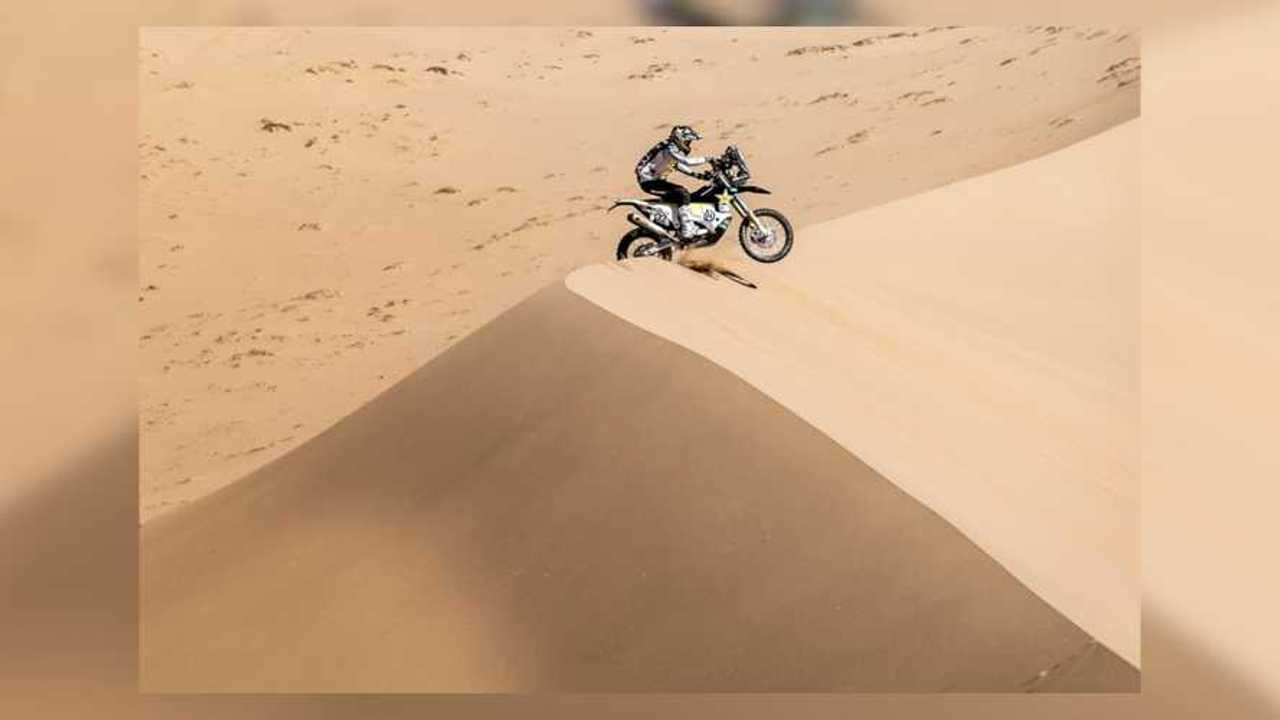 Won and done and dusted.

The 2019 running of the grueling Atacama Rally just wrapped, and it had something for everyone. This was the third event in the 2019 FIM Cross-Country Rallies calendar, and dramatic storylines were not in short supply.

Earlier in 2019, Chilean racer Pablo Quintanilla seriously injured his ankle at Dakar. In fact, the injury was so serious, he hadn’t raced since. Then came Atacama. It was his home rally, so he badly wanted to participate. Not only did he run it, but he won it—the best possible outcome for the Rockstar Energy Husqvarna Factory Racing rider. Quintanilla went into the final day with a 54-second advantage, but managed to close it out with a nearly two-minute advantage by the time he crossed that finish line.

“I’m really, really happy. I never expected to win the race here in Chile. It’s been five very tough days but I’ve done it and feel over the moon right now. I couldn’t have hoped for a better come back—after eight difficult months off the bike I have come back and won my home race,” Quintanilla said afterward.

“I am so happy for the team—they have stood by me the whole time and I couldn’t have done this without them. Also, a big thank you to all the fans for the support they have given me over social media—it really does mean a lot. After such a tough time after Dakar, this victory feels very special.”

Quintanilla wasn’t the only rider celebrating a momentous victory at the end of Atacama, though. With only one event left to go in the 2019 FIM Cross-Country Rallies calendar, Sam Sunderland’s runner-up finish at Atacama meant he earned enough points to lock up the 2019 championship in this round.

American rider Andrew Short is second in the championship, according to the current standings, but Argentinian rider Luciano Benavides is just a few points behind. Can Short hang on to second in the 2019 championship? We’ll find out after the final rally of the season, Rally du Maroc, which takes place from October 3 through October 9, 2019.