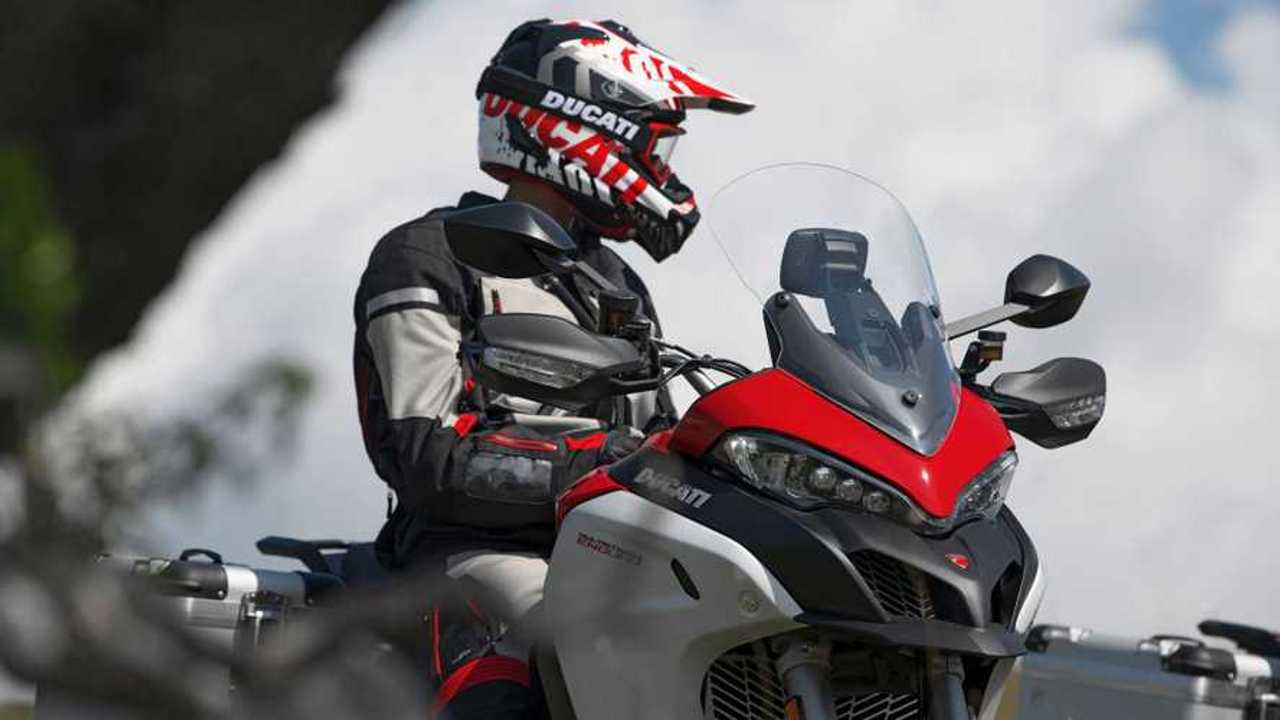 Ducati's new tech may make its first appearance in the upcoming Multistrada.

If you were hoping to see an announcement about the new Ducati Multistrada V4 any time soon, we have some bad news for you. Moto.IT just spotted a US EPA filing for an upcoming Ducati Multistrada 1260 GT. That’s not to say that a V4 Multistrada will never happen in the future—just that it’s not happening for 2020. Sorry to crush your dreams like that, but at least we yanked that band-aid off ASAP.

With Ducati’s big livestreaming announcement coming at the end of October, followed by EICMA in November, we’ll surely learn everything there is to know about the 2020 Multistrada 1260GT.

In the meantime, MCN speculates that this might well be the model where Ducati debuts the radar cruise control it’s been working on for several years.

Vehicle Innovation Manager Pierluigi Zampieri specifically stated that Ducati likes to innovate, not follow. Since the 2020 KTM 1290 Super Adventure is also rumored to feature Bosch radar adaptive cruise control, the pressure to beat rivals to the punch must certainly be on, if you’re Ducati.

Perhaps this is where Ducati’s particular genius in debuting next year’s line shortly ahead of EICMA truly shines. If everyone else waits to do their big announcements and reveals at the high holy holidays of motorbikes, Ducati is clearly ahead of the game—even if it’s only by a couple of weeks. After all, even just a couple of seconds is ages in racing.

In any case, it seems highly unlikely that both the V-twin and V4 versions of the top-level Multistrada would make appearances for 2020. Ducati is exceedingly good at giving its customers what they want—and also at not making things too difficult when choosing between versions.

Radar cruise control has been a thing in cars for some time now, but like many things, has taken time to adapt properly to motorcycles. Mitsubishi first started developing the technology back in the 1990s, and in the years since, virtually every major auto manufacturer has utilized some version of it in its vehicles.