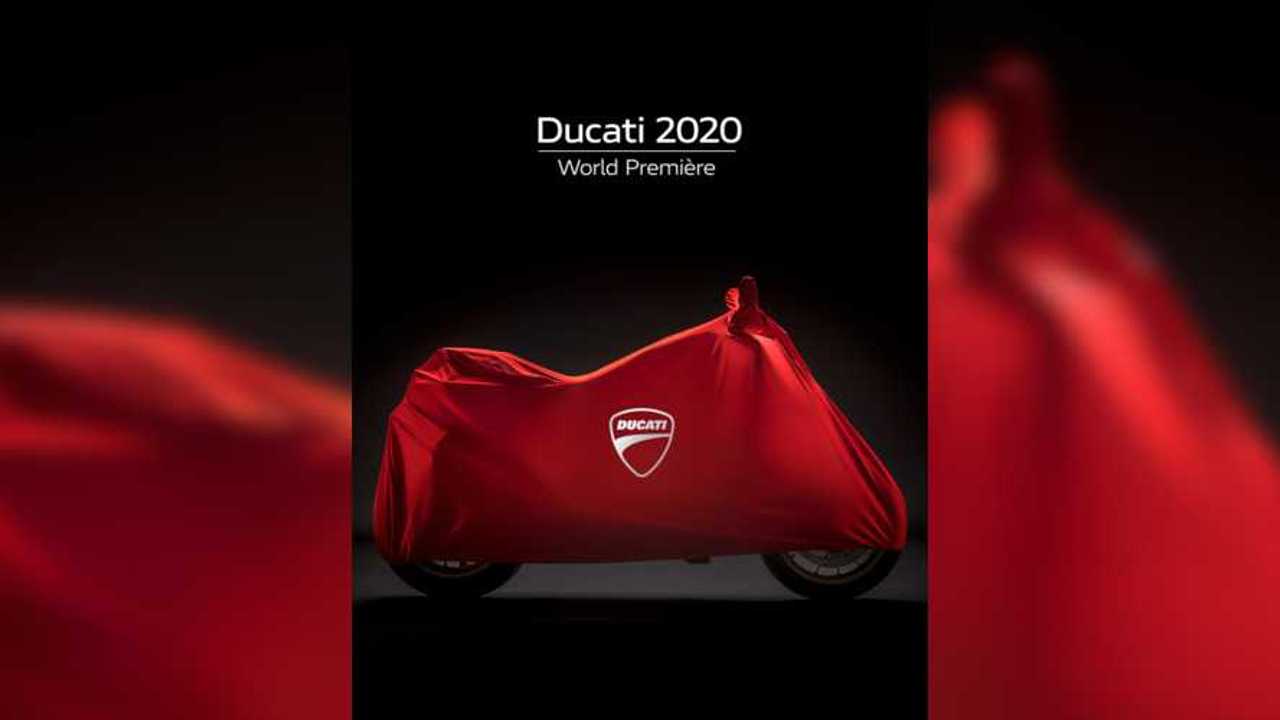 A Monster of a day is less than three months away!

Ducati World Première 2020 will live stream on any and every available device on October 23, 2019, according to the boys from Borgo Panigale. If you’ve watched Ducati’s new line unveiling in previous years, you already have some idea of what to expect. Make sure you have your popcorn and get ready to witness the unveiling of … the new Monster?

The Italian Job: Ducati Shows 12 New Bikes Ahead of EICMA

That’s pretty clearly a Monster in Ducati’s teaser image. That exhaust gives it away, and the tiny glimpse of gold wheel you see is also a solid hint. Clearly, we’re all expecting much more momentous announcements than that, although it’s possible that this is a special edition of some kind, rather than simply another Monster.

What we’re definitely expecting is more V4 action. It’s pretty likely that the Streetfighter V4 will make an appearance in its final form, and the rumored Multistrada V4 might also officially break cover. Obviously, we’ll all be streaming with bated breath on that momentous October day ahead of all the super official goings-on at EICMA 2019 in November.

Last year at Ducati’s 2019 World Première event, a total of 12 new bikes rolled out to the combined thunderous applause of Ducatisti and general bike fans around the world. That doesn’t mean we should expect the number of reveals to hit double digits every year, but it does mean that we should definitely expect more than just a couple of small tweaks here and there to what we see on October 23.

Following the unveiling of Ducati’s 2020 models will be EICMA 2019 at the beginning of November. This formal Ducati announcement will take place beforehand. Yeah, Fashion Week is cool, but have you all heard about Motorcycle Month? It’s the most wonderful time of the year for anyone who loves bikes!