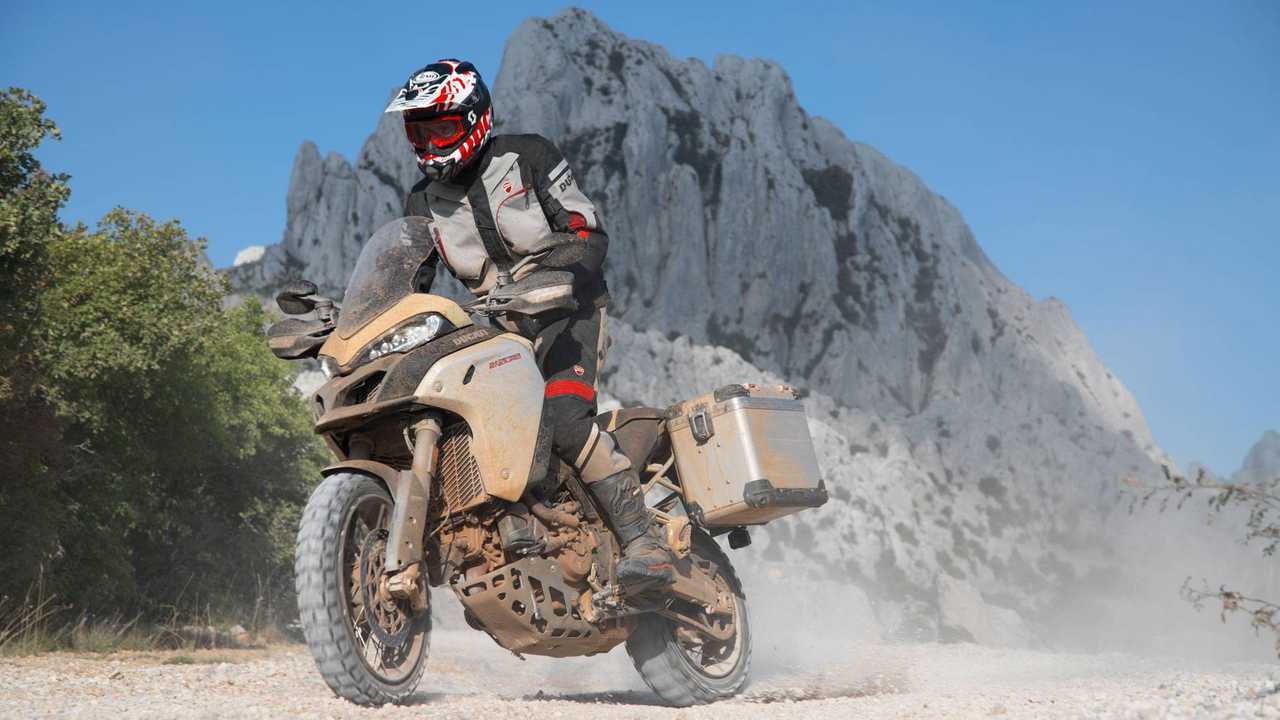 Not pictured, but here's what we've heard.

German motorcycle magazine Motorrad set Ducatisti around the world on fire when it said that it had allegedly seen a Multistrada V4 out testing in Borgo Panigale. Unfortunately, we don’t even have blurry spy shots to share with you at this moment—so for now, we’re just going on their word. Please take this with the appropriate amount of grains of salt as you read on—use a whole shaker full, if you must.

Cucciolo, Fetch Me Some Rumors:

Anyway, now that we’ve all spread an entire Midwestern winter’s worth of salt on the ground, here’s what is being reported. According to Motorrad’s info, the profile of the Multistrada V4 that their journalists spied looks very similar to the V2 in narrowness of silhouette. Also, they claim it should put out about 190hp. For comparison, the current Multistrada 1260 puts out a claimed 158hp.

The most readily noticeable difference, Motorrad claims, is that the new model features radar sensors, both front and rear. These are part of Ducati’s new Advanced Rider Assistance System (or ARAS) that it has been working on. Effectively, it’s a blind-spot sensor setup, and should be an interesting addition to Ducati’s rider assistance arsenal.

As Ducati vehicle safety specialist Luca Zanovello explained in an interview with Revzilla’s Common Tread, although blind spot systems like this are becoming more commonplace in cars, you can’t just grab an existing setup for a car and pop it onto a motorcycle. As a primary example, Zanovello said, motorcycles lean over—cars don’t. Simply figuring out a way to get your radar sensors to function as they are intended both when a bike is upright and when it is leaned over presents a not-insignificant challenge.

The entire interview with Zanovello is well worth a read if you’re interested in further insight about where Ducati sees itself with regard to safety developments, and even future vehicle-to-vehicle communication. ARAS has been in development for a few years, and as of 2018, Ducati confirmed it was aiming for a 2020 release of that system. Not only that, but Ducati has what looks like a constant stream of technological plans and innovations in the pipeline for the foreseeable future.