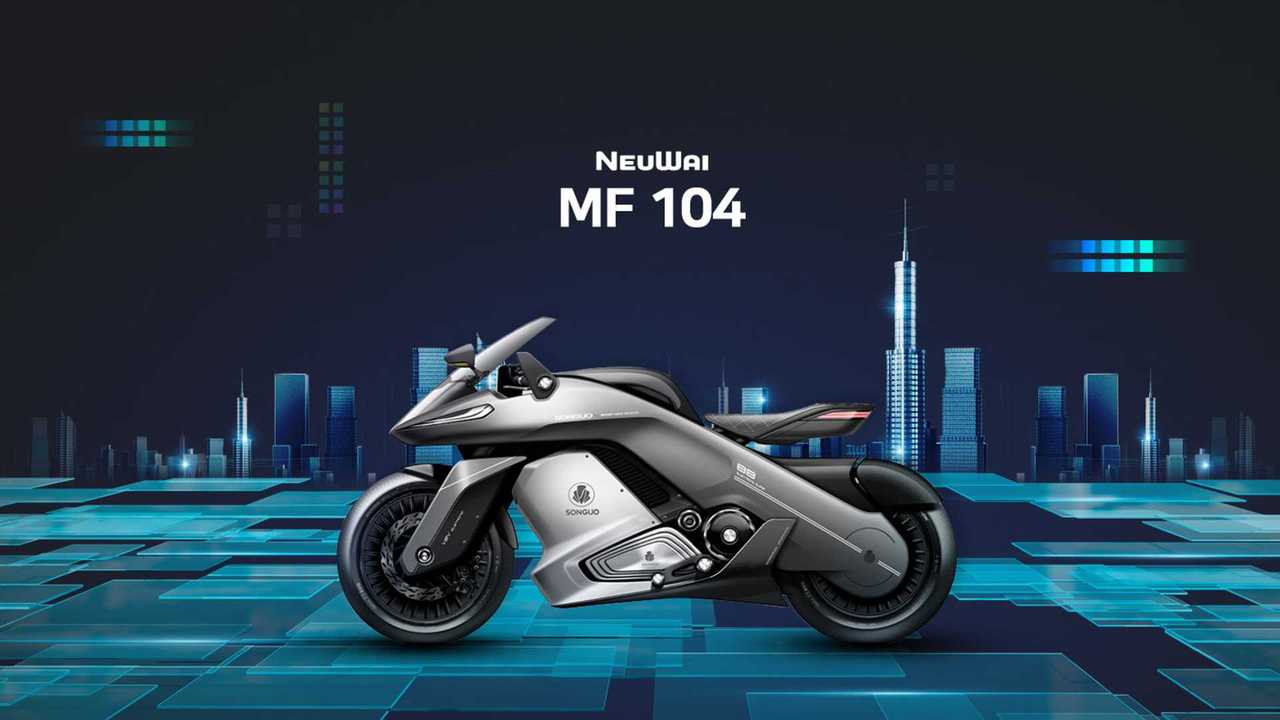 These will weigh HOW much?!

The 2019 Seoul Motor Show wasn’t just about cars. Shandong-based Songuo Motors took the opportunity to bring not one, not two, but twelve new vehicle concepts to unveil at this show. They’re calling this line NeuWai, and a third of that number is electric motorcycles and scooters. Although production models won’t be available until 2020, we’re going to give you a rundown of all four of those two-wheelers right now.

We’ll start with the sporty NeuWai MF104 electric motorcycle. Songuo claims that its curb weight is 250kg, or around 551 pounds. Range on a single battery charge should be 150km, or just over 93 miles. Max speed, which will be determined by region, may go as high as 200kph, or 124mph.

Next we have the MT104. Unlike Yamaha’s MT-designated bikes, the NeuWai MT104 is more of a cruiser-type electric motorcycle. It features a curb weight of 300kg, or 661 pounds. Unlike the MF104, this bike has a pillion seat. Range on a single battery charge should be 140km, or just under 87 miles. Max speed might go as high as 150kmh, or 93mph.

In scooters, we have the CN104, which offers a slightly more retro-futurist look to its straight up-and-down front end. This scoot can carry one person, and no estimated curb weight is currently listed for it. When it’s released, Songuo estimates range on a single charge to be just 45km, or right under 28 miles. Max speed might go as high as 90kmh, or just under 56mph.

Finally, we have a slightly sportier scooter, the CL104. It features a prominently bubbly headlight and front fairing combination, which reminds me a bit of a slightly more restrained Yamaha Morphous. This scoot should have a curb weight of 220kg, or around 485 pounds. Range on a single charge should be 80km, or just under 50 miles. Max speed for this one may go as high as 100kph, or 62mph.

Since these are pre-production figures, it’s worth noting that the final numbers could change when (or if) these vehicles are able to purchase. Also, although Songuo stresses that it has a global strategy for both manufacturing and sales, it’s also unclear exactly where these vehicles will be sold.

According to a press release, Songuo CEO Tim Shin said that the company created “a proprietary system to mold composite body panels in color with a glossy exterior." It goes on to not call this material by name, but stress that it is recyclable, durable, and does not easily dent. Finally, it says that “space frames provide a structural advantage over unnecessarily heavy traditional frames or unibody construction.” So… various proprietary plastic technologies, then? It’s OK to say “plastic,” guys.

We also don’t know much about the battery or charging details intended for NeuWai’s range at this point. All models do mention their range on a “single battery swap,” but it’s not clear if this means that they’ll be swappable with other EVs, as in something like the Gogoro Network, or only swappable with NeuWai-proprietary batteries.

In any case, assuming these concepts do go into production, we hope to have more concrete, finalized details to report closer to the Neuwai two-wheeler street dates.