Japanese Motorcycle Racing: Not What You Expect

These bikes are completely nuts.

Once again, voice actor and motorcycle enthusiast Peter Von Gomm has come through for us with some very interesting goings-on in the wacko motorcycle scene in Tokyo. This time, it’s a motorcycle race on bikes with no brakes. No brakes!

All Motorcycle Racing Is Fun: 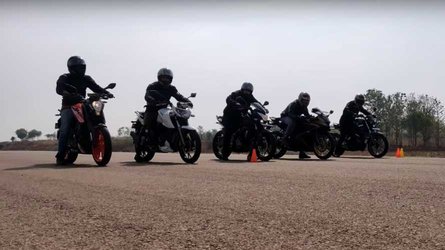 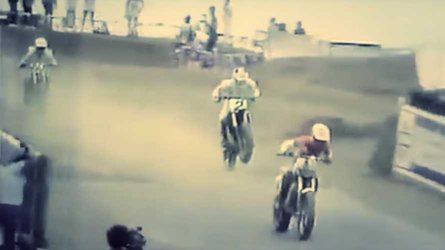 The Superbikers Race: 3 Styles Of Riding Packed Into 1 Event

The first thing you’ll notice about this race, beyond the fact that it’s called “Auto Race” but is, in fact, motorcycle racing, is probably the shape of the track. Unlike the motorcycle road racing you’re used to, this is a paved oval track. The bikes are all designed specifically for exactly that oval, and exactly six laps of it. Each bike on the course is exactly the same, currently they are all Suzuki AR600 parallel twins, which have a dedicated race engine, that puts out 59hp and 45 ft-lb of torque; they run about 90mph on the track and lap it counter-clockwise.

In order to save as much weight as possible (six laps of 500 meters a piece is just a smidge over 1.86 miles total), the bikes have no starter at all and they must be push-started. Their gas tanks are these weeny little things that might hold half a gallon. They have no gauges, no brakes, and run a two-speed gear box. Because they only run on this one perfectly smooth paved oval track, the forks telescope but have no internals other than a spring. The rear of the bikes has no suspension at all; they’re true hard tails. The rear axle goes through the frame. Did I say no brakes?

The handlebars on the bikes are tilted at a crazy angle to make them flat when the bike is leaned over at about a 45-degree angle for the entirety of the race. The tires have a triangular profile which the racers sometimes enhance by filing them down. There isn’t much to these tires, and they last only a few races.

The entire point of this endeavor isn’t fun or competition: it’s wagers. People come to watch the races but mostly they’re there to bet on them. Because of this, the bikes are very closely inspected before every race, and the racers themselves live in dormitories and aren’t allowed contact with the “outside world.”

If you’re going to be in Japan, this is definitely something you need to put on your bucket list!