It Was An Indian Scout Bobber Once, We Promise 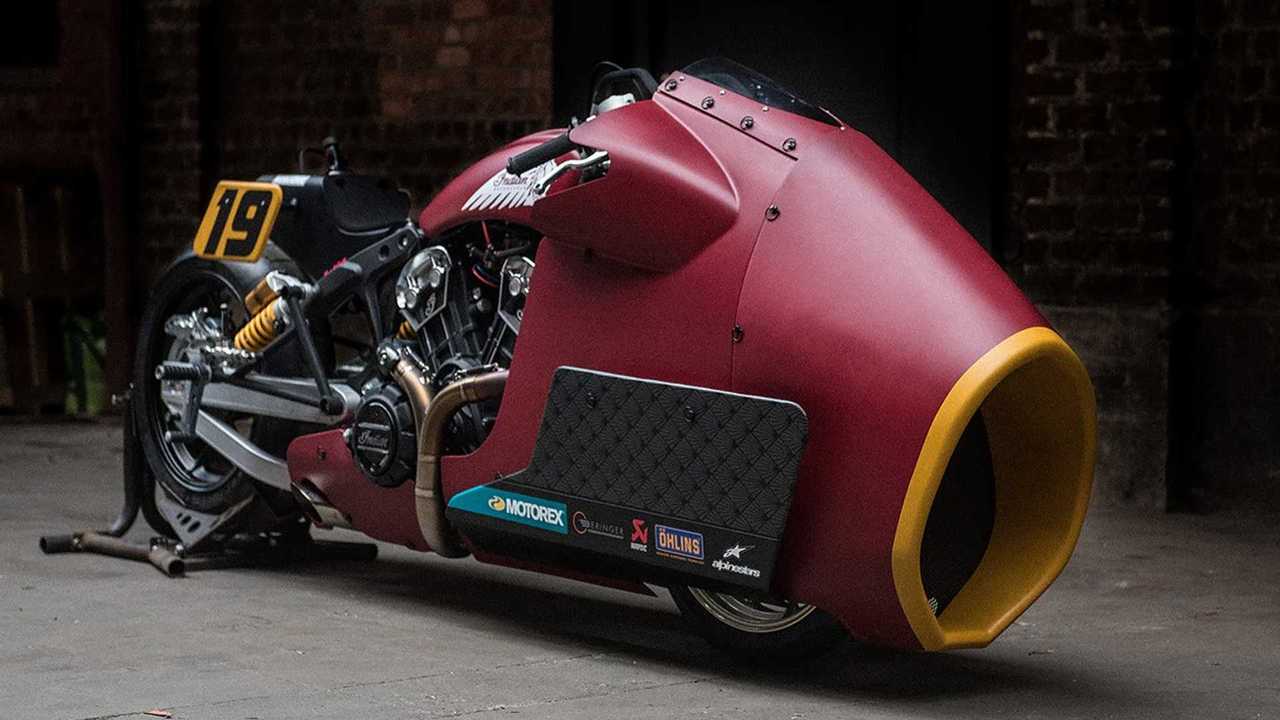 It's something reminiscent but rather different now.

It’s no secret that we love BikeEXIF around here. Their obvious passion for motorcycles shows through their photography and generally, they can make any old motorcycle look like a sweet, gorgeous machine. This one though? This one is a bit of a stretch.

Is it more function than form? That’s debatable. I do know that upon first glance I expected it to start singing the “Mahna Mahna” song with a couple of other Muppets. The bike began life as a 2018 Indian Scout Bobber, and has since been turned into something called “The Appaloosa,” a 130hp drag bike.

The creation is the brain child of one Brice Hennebert, at Workhorse Speedshop in Belgium. The bike is headed to The Reunion, a week-long party for cafe racers, scramblers, custom and classic bikes (and their riders) that happens at the Circuit at Monza, in Italy. That location also hosts the Sultans of Spring race series. This bike was built for those races.

The entirety of the aluminum bodywork is hand made. It took Hennebert weeks to shape, and the bike has more than 700 hours of work in it. Since, obviously, the nose cone will have to come off in order to do much work to the bike (say, between races), the entire thing is lousy with Dzus fasteners. It will compete in the Factory class; the bike was commissioned by Indian Motorcycles European office. The “Factory” class is for four-stroke motorcycles only, and the only limiting factor is that the machine cannot exceed a power to weight ratio of more than 0.65 (hp/kg). This bike squeaks just under that line.

In order to achieve that, though, Hennebert chopped a lot of the tail apart, fabricated a new swingarm, made a custom fairing bracket (of course), a new subframe and new footpeg brackets. The racing ECU and power commander pair well with the nitrous injection system, and the whole mess is suspended by Ohlins front and rear. There is so much going on here that we haven’t even scratched the surface, so if you’re interested to learn more you should read BikeEXIF, too.

None other than Randy Mamola will pilot this beast in its series of races. You know Mamola, he’s the guy whose signature graces the tank on only a few hundred very pretty BMW R1100S BoxerCup Replica motorcycles.

This is going to be something. I very much want to hear the noises this bike will make when Mamola tears open that throttle.