The Superbikers Race: 3 Styles Of Riding Packed Into 1 Event

This glorious race saw road racing, flat track, and MX riding all in the same lap.

In the late 1970s, motorcycle racing was on its way to becoming a mainstream, household sport. American Steve Baker won his first premier class title in ’77, the year before “King” Kenny Roberts bagged his first of three consecutive 500cc world championship titles. From ’83 through ’93, there was only one year the premier class title didn’t go to an American. Add to this the popularity of the AMA Grand National Championship, and it’s not hard to see why TV execs started poking around, looking for an opportunity to cash in on the US’ ever-growing moto-craze. 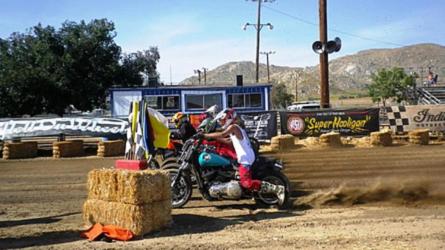 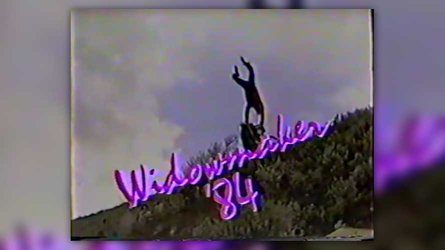 One doesn’t have to look much further than the travesty that was the XFL to determine that under-informed outsiders attempting to make more extreme or hybridized versions of existing sports almost always majorly sucks. So I imagine it raised a lot of eyebrows when the suits at ABC green-lit a new made-for-TV special for its Wide World Of Sports program, dubbed “The Superbikers Race” (or “Competition”). Much to the delight of ABC (and the AMA and FIM), the unique formula resulted in some truly stellar racing, and it didn’t take long for the event to grow in popularity. Eventually, the race attracted an array of world-class riders like Eddie Lawson, Steve Wise, Jeff Ward, Wayne Rainey, Jay Springsteen, and Ricky Graham

The idea behind Superbikers is pretty straightforward: combine three genres of motorcycle racing—flat track, motocross, and road racing—into a single event. The competition was held on a hybrid circuit—Carlsbad Speedway—comprised of three sections; a 1.1-mile road course; a half-mile flat track segment; and a 4/10-mile motocross section.

The entire competition was broken up into five races. There are three main classes—motocross, dirt track, road racing— each with a 12-rider grid. A heat was held for each class, and the top three riders from their respective classes advanced to the final round. Next an 18 rider wildcard race—presumably comprised of those who didn’t qualify in their first heat, sans each race’s bottom three riders—was held to determine the final three riders. From there, the final 12 riders lined up on a diverse grid of bikes for the final event.

Unlike the three individual styles of racing where riders compete using the same type of purpose-built bike, Superbikers let competitors select their preferred mount—usually an MXer, a (modified) tracker, or mix of the two. This meant you had Harley-Davidson V-Twins facing off against Japanese singles, each boasting their own strengths and weaknesses in different areas of the track, and making for some awesome, and unpredictable, two-wheeled competition.

Despite getting tens of millions of viewers during its height, eventually the action fizzled out, though not before laying the foundations for what eventually gave way to the modern SuperMoto scene. It’s hard to think if this series was recreated today that it wouldn’t be successful, especially considering the popularity of events like the SuperPrestigio—which clearly demonstrate that fans enjoy seeing their favorite racer(s) tackle a different style of riding. Who wouldn’t love to watch Josh Hayes go head-to-head with James “Bubba” Stewart and Brad Baker?

For a sense of what the multidisciplinary competition was all about, 1983’s SuperBikers 5 has been posted to Youtube in its entirety (complete with unapologetically ‘80s commercials), which I highly recommend checking out if you’ve got an hour.