Motorcycle All Stars: Why The Superprestigio is the Only All Star Event Worth Watching 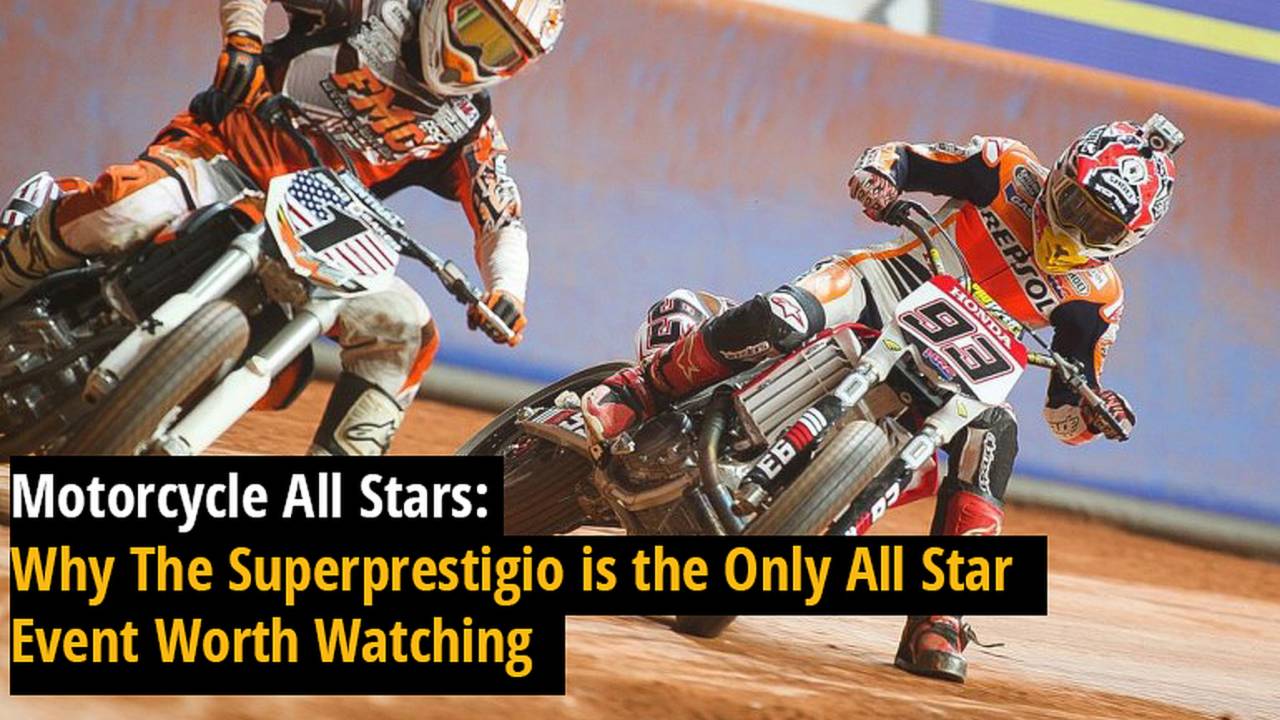 The 2014 Superprestigio is tomorrow. If you like motorcycle racing, and you don't have plans to watch it, we feel sorry for you.

All star games are lame. Nobody watches them in almost any sport, and who would want to? The play is uncoordinated and uninspired and the events as a whole tend to be extended ego-stroking affairs, good for very little but making multimillionaires feel good about themselves. Even the slam dunk competitions and home run derbies have grown stale over the past decade.

But when the motorcycle racing world convenes for the Superprestigio tomorrow morning, you'd be making a huge mistake to watch anything else. This is no parade lap, no gentleman's exhibition. This is an all-out, no-holds-barred, deadly serious dirt track invitational, bringing in the fastest riders from every discipline under the sun. Think of the old IROC series, but on motorcycles, and with less pleasantries and cooler machines.

READ MORE: American Superbike Racing is Back on TV | RideApart

Still not convinced? Let us remind you what last year's finale looked like (skip to 4:30 if you don't need the brilliant pre-race commentary):

This congregation of ultimate speed will converge tomorrow on a 200 meter clay track built inside the Palau Sant Jordi in Barcelona for a tournament-style, steel-shoe sliding smackdown. There are separate classes for tarmac (Superprestigi) and dirt (Open) riders, each with their own qualifying brackets. Riders will advance through a series of qualifying heats and last-chance heats to advance to the finals for their class, with the goal of making the Superfinal. The Superfinal is where the best of the best, from dirt and pavement, will square off, bang bars, and generally beat the snot out of each other for little else than fun and bragging rights.

Hooked yet? We are. Tune into the FansChoice.tv webcast of the event, complete with English commentary from American flat track legend Chris Carr and MotoGP presenter Gregory Haines. Coverage starts Saturday morning at at 9am Eastern / Noon Pacific.