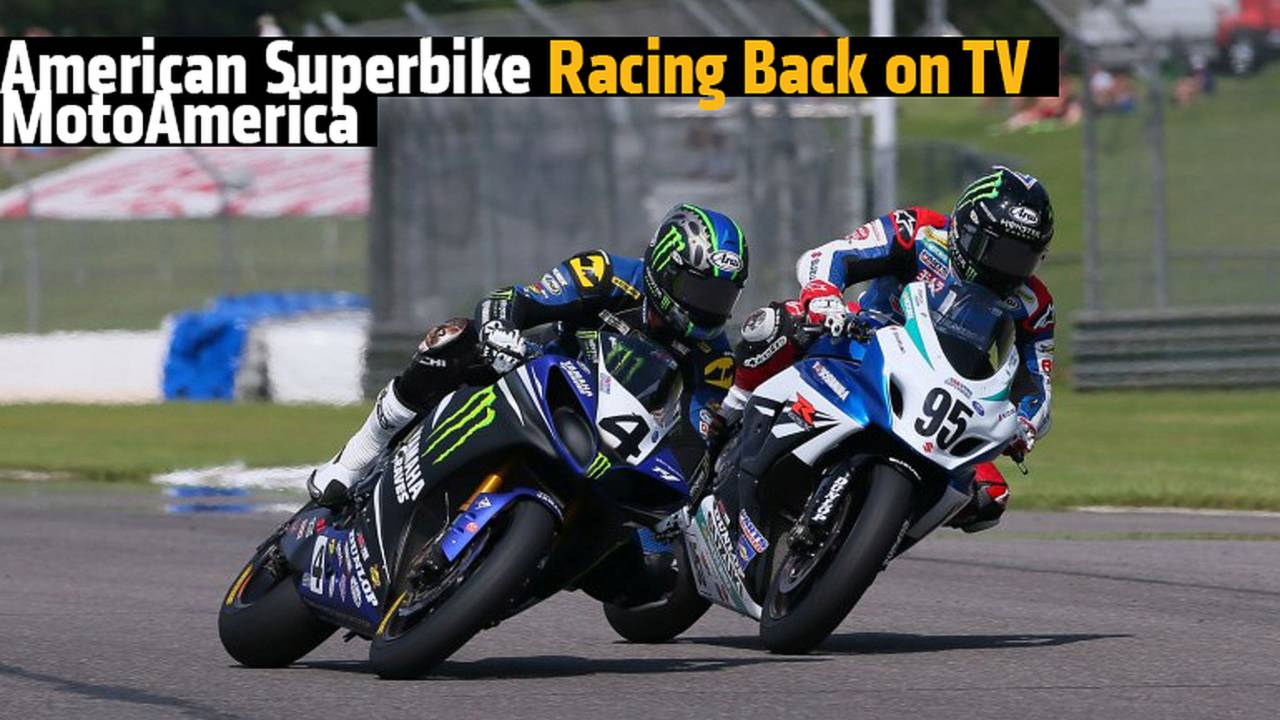 MotoAmerica announced a TV deal with CBS Sports network, and an online content deal with Torque.tv today, filling in a major gap from last year.

Another piece of the American Superbike Racing puzzle fell into place today, as MotoAmerica announced that it has reached a TV deal for the 2015 season with CBS Sports Network. The network will air MotoAmerica programming on weekend afternoons and in primetime, on a schedule to be determined.

Also announced was online coverage of the series by Torque.tv, a new streaming media site dedicated to motorsports, which officially launches in March of next year.

READ MORE:Erik Buell Racing - The Past, Present and Future | RideApart

MotoAmerica President Wayne Rainey said that scoring a deal for both TV and online coverage was a top priority for his staff. "It's important to our fans, our teams, our racers, and the entire industry," he said. "We're happy to report that we've been able to finalize these arrangements, ensuring fans around the country will be able to watch and enjoy the on- and off-track action our series will provide."

The 2015 MotoAmerica series will kick off April 10-12 at the Circuit of the Americas in Austin, Texas, accompanying the MotoGP round there.

What the press release did not mention, and what may be still under negotiation, is whether live or same-day coverage will be available through CBS Sports Network. Also carefully avoided was any word of full race video availability through Torque.tv, which seems unlikely to happen given the presence of a major broadcast partner.

Perhaps the most crucial detail, and one that may not be known for some time, is who the commentary team will be. Motorcycle racing fans in America have suffered through a decade of commentary that often ranged from laughably incoherent to downright insulting, and the quality of those broadcasts put an amateurish tinge on the series as a whole.

But the big news is the good news, as securing television coverage is essential to growing a sustainable racing series, attracting sponsors, and drawing interest from potential newcomers. Better still, the news comes in plenty of time for teams to use it as leverage when seeking sponsorship for the 2015 season. If MotoAmerica continues to progress at its current pace, we may be witnessing the rebirth of American motorcycle roadracing.