Honda Hasn’t Given Up On The Hydrogen Motorcycle. Yet. 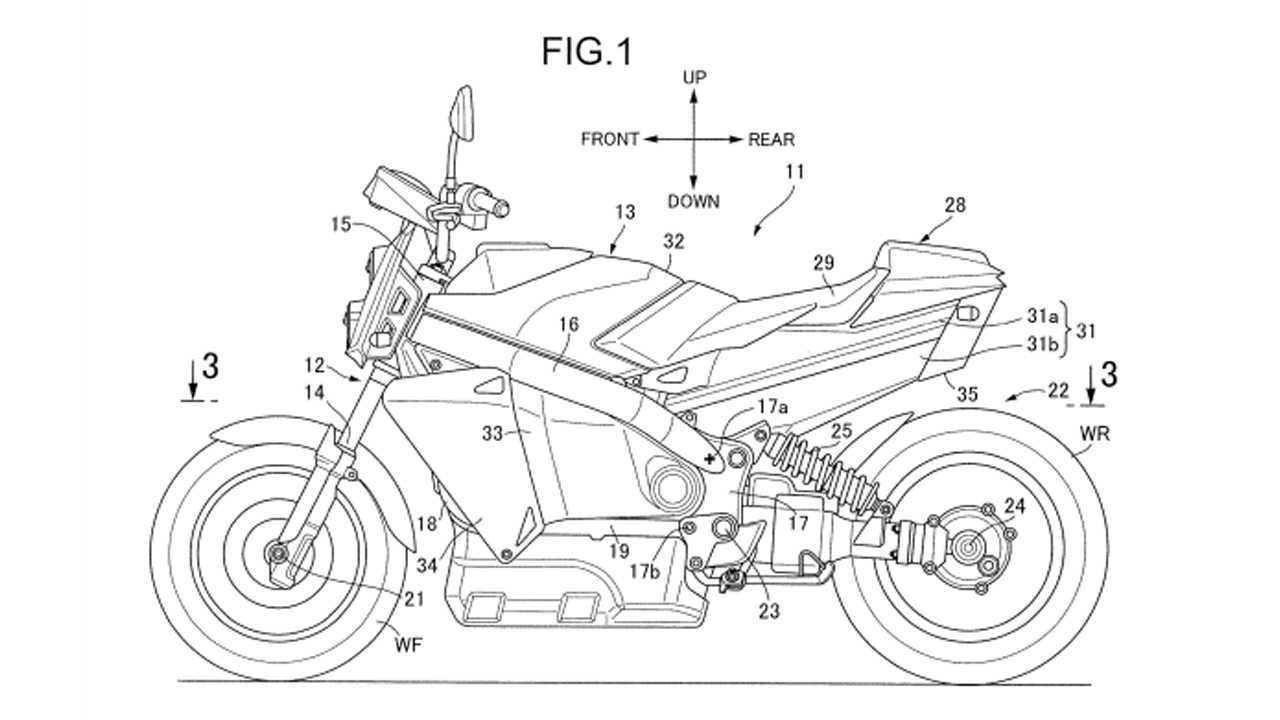 In 2017, we learned that Honda teamed up with competitors Nissan and Toyota to work on fuel cell technology. Then, towards the end of the year, a patent for a fuel cell motorcycle signed Honda showed up, suggesting the consortium was already bearing fruit. Now the patent has officially been published and we wonder: is it still relevent?

The patent application Honda submitted in 2017 was finally published on April 9. The document details an air-intake system for a fuel cell-powered motorcycle. The patent describes how the air intake ducts located in front of the engine and on the sides of the bike, embedded in the fairing, will gulp in air that that will flow through the fuel cell unit.

The intake ducts will be designed with what the patent describes as a “turning point” where dust and water are expected to collect, keeping particles from entering the bike’s inner works. Air will work its way through the unit and then seemingly ejected at the back with the help of a built-in fan.

The patent also suggests that the vehicle will adopt a standard silhouette with a stacked dual headlight cluster, devoid of a windshield, mounted to a cradle frame. The hydrogen tank will be located under the saddle and power will seemingly be fed to the back wheel using some sort of hub rather than a chain or belt.

Whether a hydrogen fuel cell powertrain is a viable model is something that remains to be seen. On the one hand, hydrogen is like regular fuel: you can stop, fill up in a flash, and hit the road again faster than it takes to plug an electric vehicle in. Unlike fuel, the only thing a fuel cell unit rejects is water.

But with a very underdeveloped network of hydrogen filling stations, the dangers associated to the transportation of pure hydrogen, and the new Big Four consortium for the development of swappable battery technology, hydrogen might lose momentum. Until a viable solution to the challenges of electric vehicles was figured out, hydrogen had a chance to take its share of the zero emission market. Swappable batteries could, however, shove a stick in the fuel cell technology's wheels.