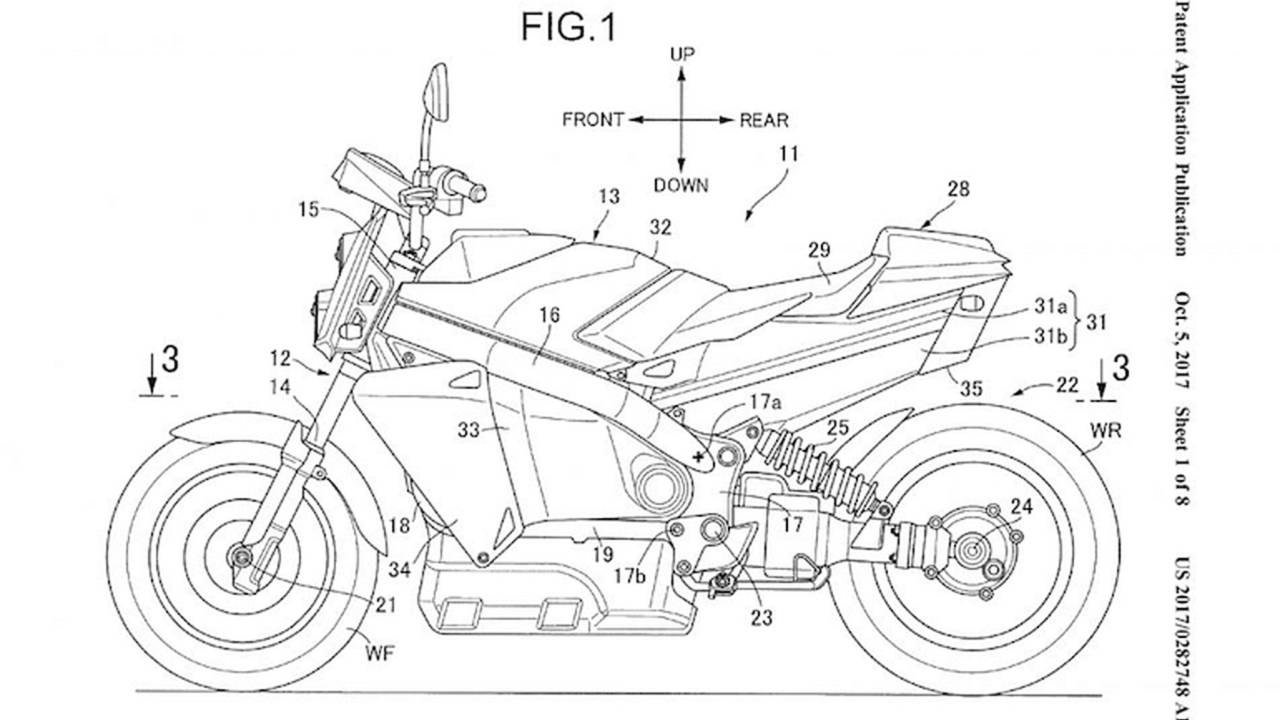 Honda has partnered with Toyota, Nissan, and others to advance fuel cell technology.

Honda, in collaboration with Toyota and Nissan, is at work on advancing fuel cell technology for both cars and motorcycles. The partners, along with venture capital firms and energy companies, have adopted Japan’s “Strategic Road Map for Hydrogen and Fuel Cells.”

According to the German publication Motorrad, the plan was created by the Council for a Strategy for Hydrogen and Fuel Cells, an industry body organized by Japan's Ministry of Economy, Trade, and Industry. The Japanese government hopes to put 40,000 hydrogen fuel cell vehicles on the road and increase the number of hydrogen fueling stations in the to 160 by 2020. The new enterprise, founded by Honda but as yet unnamed, will be responsible for 80 new filling stations within the next four years.

Honda has yet to show a prototype of the fuel cell two-wheeler, but the accompanying patent application drawings indicate their direction. They show a standard sportbike configuration – perimeter frame, telescopic fork, shaft drive, etc. – with a hydrogen fuel cell housed under the seat. The fuel delivery system combines hydrogen with oxygen from the air, over a catalyst, to create electricity for the motor. The only byproduct is water.

Honda has been working on fuel cell cars for more than ten years, with the Clarity FCX the first such retail production vehicle in 2008. Output was sorely limited by the lack of filling stations, and the model was phased out in 2014. The second generation fuel cell Clarity was announced earlier this year, and shared the model name with an electric and plug-in hybrid version.

One advantage of hydrogen fuel cells is the much quicker refueling time compared to batteries. The primary disadvantages, aside from lack of infrastructure, are the safety issues involved in transporting and storing hydrogen and the cost of producing hydrogen from water by electrolysis. Looks like they’re seriously working on it, though.