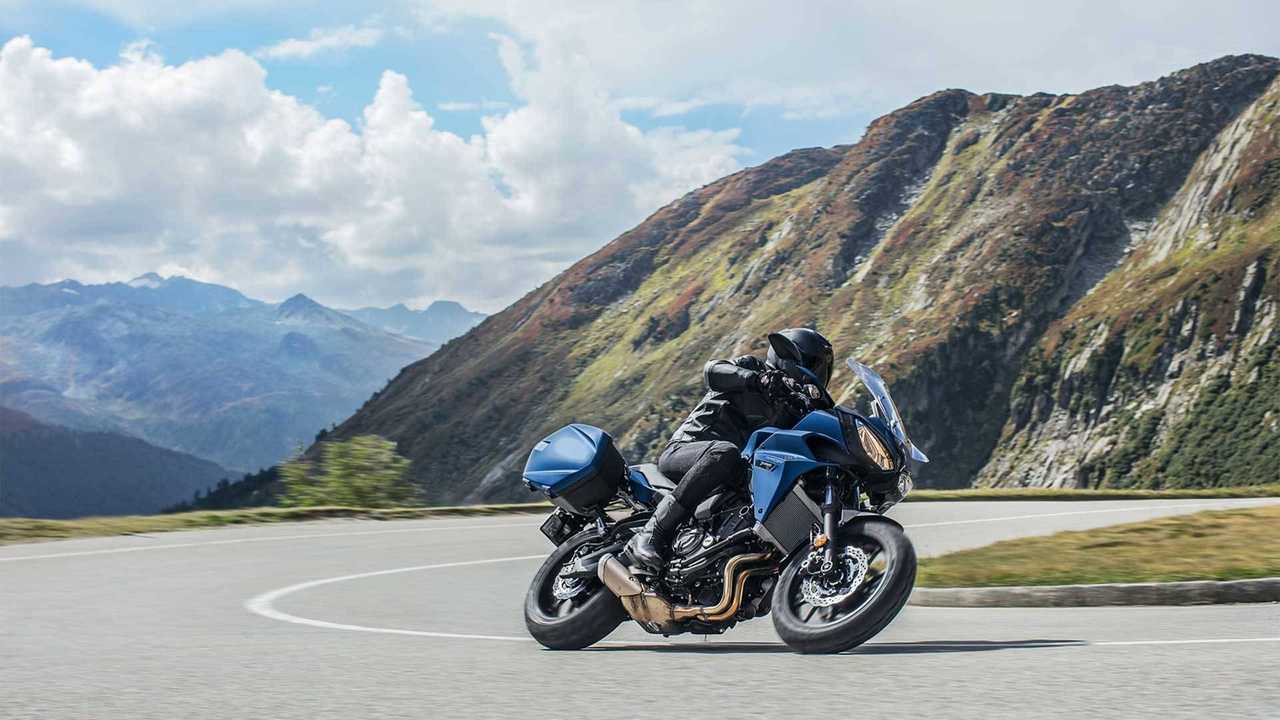 The GT puts the "tour" in sport tourer

Calling it an "affordable and accessible sport tourer", Yamaha rolled out its brand new 2019 Tracer 700 GT at Intermot 2018 this week. Essentially a tarted up Tracer 700, the GT model goes all in on creating a light, fun, and relatively long-legged middleweight sport tourer.

At the new GT's heart is Yamaha's exceptional 689cc, water-cooled, crossplane twin. This mid-sized mill puts down around 74 horsepower and 50 feet of torque, which is pretty respectable in a bike that weighs shy of 450 pounds. With the Tracer's generous 4.5 gallon tank and the engine's natural efficiency, the new GT will get roughly 66 miles to the gallon. Pretty impressive.

The GT features the base Tracer's frame—which uses the engine as a stressed member—and aluminum swingarm. The base bike's suspension has been specially tuned to provide better handling for serious business sport touring. The GT has some respectable brakes with dual-channel ABS, but unfortunately (or fortunately, depending on your view of the situation) no traction control or user-selectable ride modes.

Along with the touring-tuned suspension, the GT gets a selection of ergonomic and storage improvements to upgrade its touring bona fides. The bike comes standard with a more supportive "comfort seat" to coddle your backside on long trips, a taller windscreen, knuckle guards mounted on the handlebars to keep the wind off your hands, and a set of spacious hard bags for carrying your stuff. While nothing's been confirmed yet, Yamaha will probably offer a line of touring accessories for the GT to upgrade its capabilities even further.

The Tracer 700 GT will be available in three colors—Phantom Blue, Nimbus Gray, and Tech Black. It's set to go on sale in Europe soon, and it'll compete against Suzuki's V-Strom 650 GTA and Kawasaki's Versys 650 Grand Tourer. Unfortunately, it looks like the Tracer 700 GT is a Europe-only bike and won't be coming to the States. Typical. Europe gets all the cool bikes.