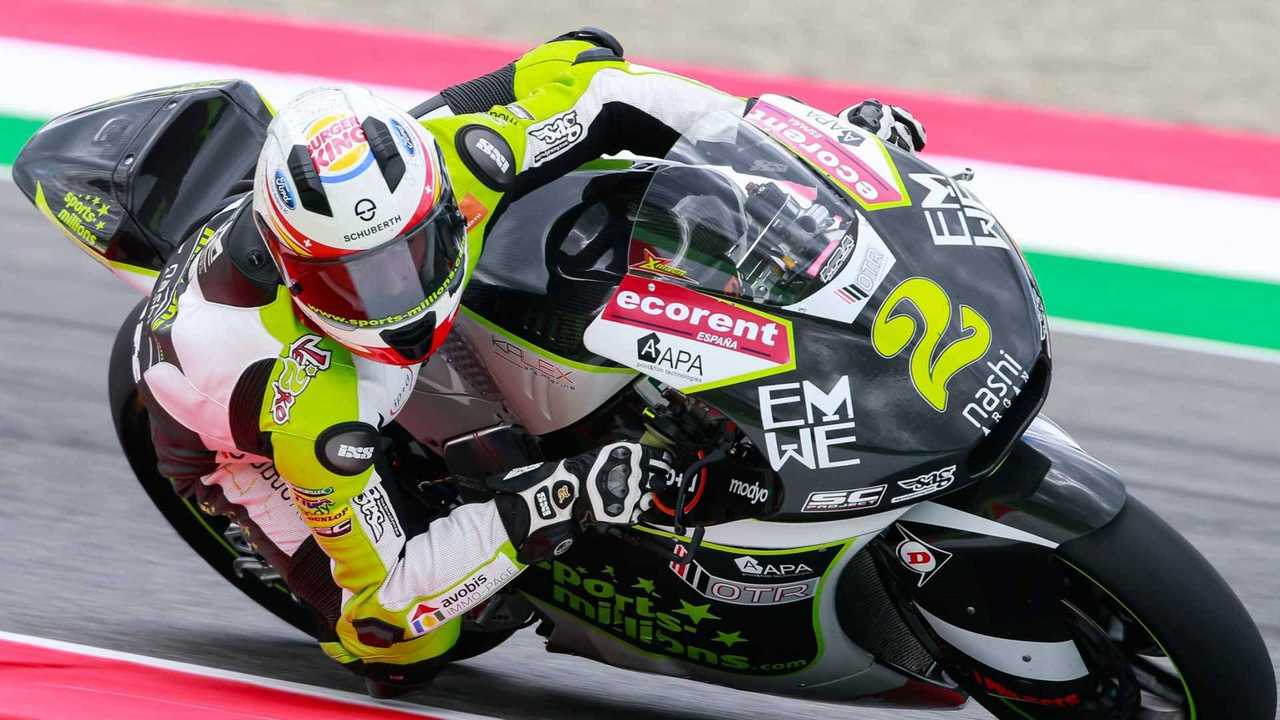 Are you all ready for MotoE? For those of you who may not know, MotoE is an all-electric racing series announced earlier this year by MotoGP promoter Dorna Sports. The series is slated to start in 2019 with an 18-bike grid drawn from the privateer MotoGP teams—Tech 3, LCR, Marc VDS, Pramac, Avintia, Angel Nieto (formerly Aspar), and Gresini—as well as from Moto2 and Moto3 teams. Riders will be mounted on a hi-po racing version of Energica's Ego called the EgoGP. It looks bonkers and we can't wait.

This week, there was another development in MotoE as the first team rider for the series was named. According to Autosport, Swiss rider Jesko Raffin will be Dynavolt Intact GP's man on the grid next year.

"Right from the start, when we heard about this championship for the first time, we wanted to hire a top rider for this MotoE World Cup," team manager Jurgen Lingg told Autosport. "Therefore we are very happy that we could reach an agreement with Jesko Raffin. Jesko fits perfectly into our Intact GP family! We are very happy about it and are very excited about the coming season."

Raffin is no stranger to the rigors of MotoGP-style racing. He raced full-time in Moto2 from 2015-2017 where he recorded a career-best finish of fourth in 2017. He was dropped by his team in 2018 for, "lack of consistent good results". Instead of pouting about that, he returned to the Spanish CEV Moto2 series—which he won in 2014—and is currently leading the standings there.

"It's a great opportunity to start for such a professional team," said Raffin. "I am very grateful that I get this chance and that they believe in me. My motivation is huge because it is a new championship. And it's not just a new series for the moment, it's also the future. Of course, it's difficult to estimate what we can expect next year because it's new for everyone and everyone will be sitting on the same bikes. The rider will finally be the benchmark."