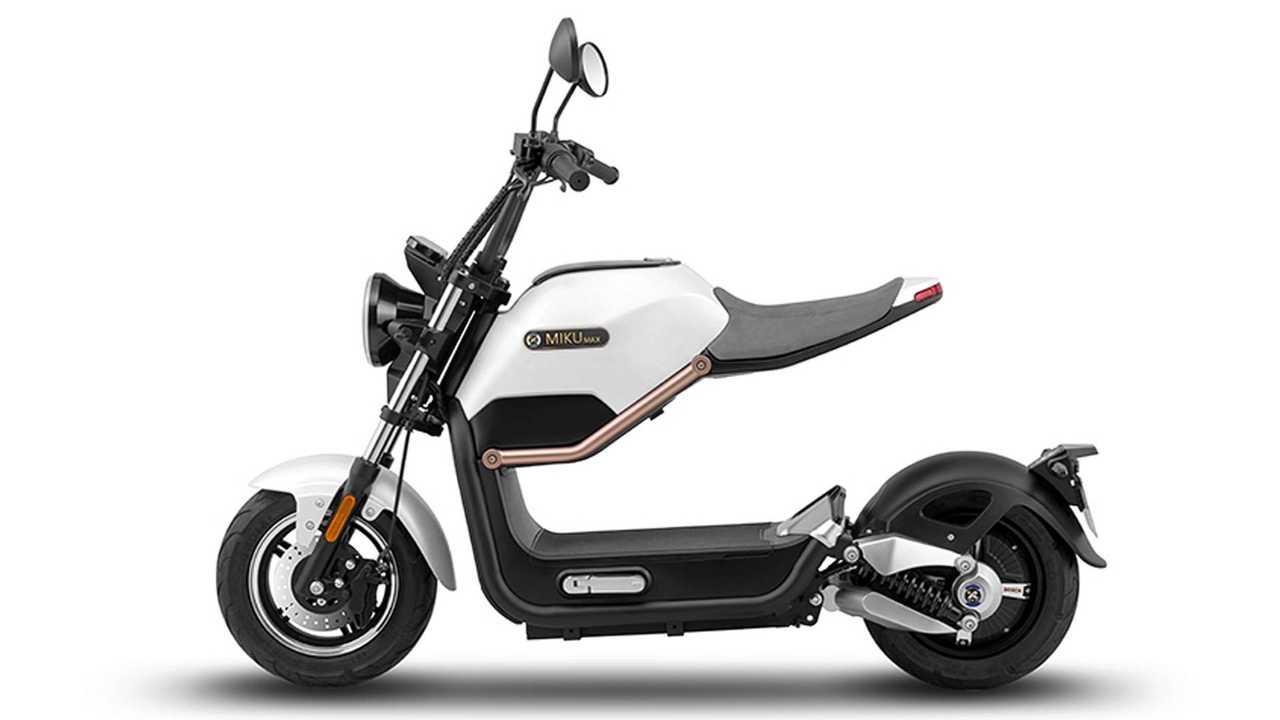 So. Much. Negative Space.

Functionality and range are usually the main features people are interested in with an electric vehicle. If it looks good, it’s a bonus! While most electric motorcycles, scooters in particular, are all about clean mobility and not design prowess, some companies like to give their models a little something to help them stand out from the now crowded electric market. It’s the case of the Miku Max. Whether you love it or hate it, you will have an opinion.

Is it a Grom? Is it missing something? I’m an optimist, but that’s a lot of negative space right there. The design of the Miku Mak is unsettling, to say the least. It looks like someone took a kick scooter, added a tank and saddle combo, and attached it to the steering pole. Where do you even put your feet? Don’t worry, you don’t actually have to contort your legs to place your feet on the wheel-mounted platform, it looks like there are retractable footpegs. Phew!

The Miku Max features an 800W rear-wheel hub capable of propelling the tiny scooter at speed of up to 28 miles per hour with a range of up to 60 km. Its 60V battery is detachable, which allows the rider to take the battery with him or her and charge it from home or in the office. A full charge takes up to 4 hours.

The electric moped had until now been limited to the Chinese market, however, the first Miky Max dealer opened in Russia. There is no clear plan to expand to the US, but some have reported that Americans can actually buy the tiny scooter directly from China.

In its local market, the Miku Max goes for roughly $700 though pricing in Russia is almost double, so we don’t know for sure what that means for American “importers”. If you look into it, let us know. So, what do you think? Yay or nay?