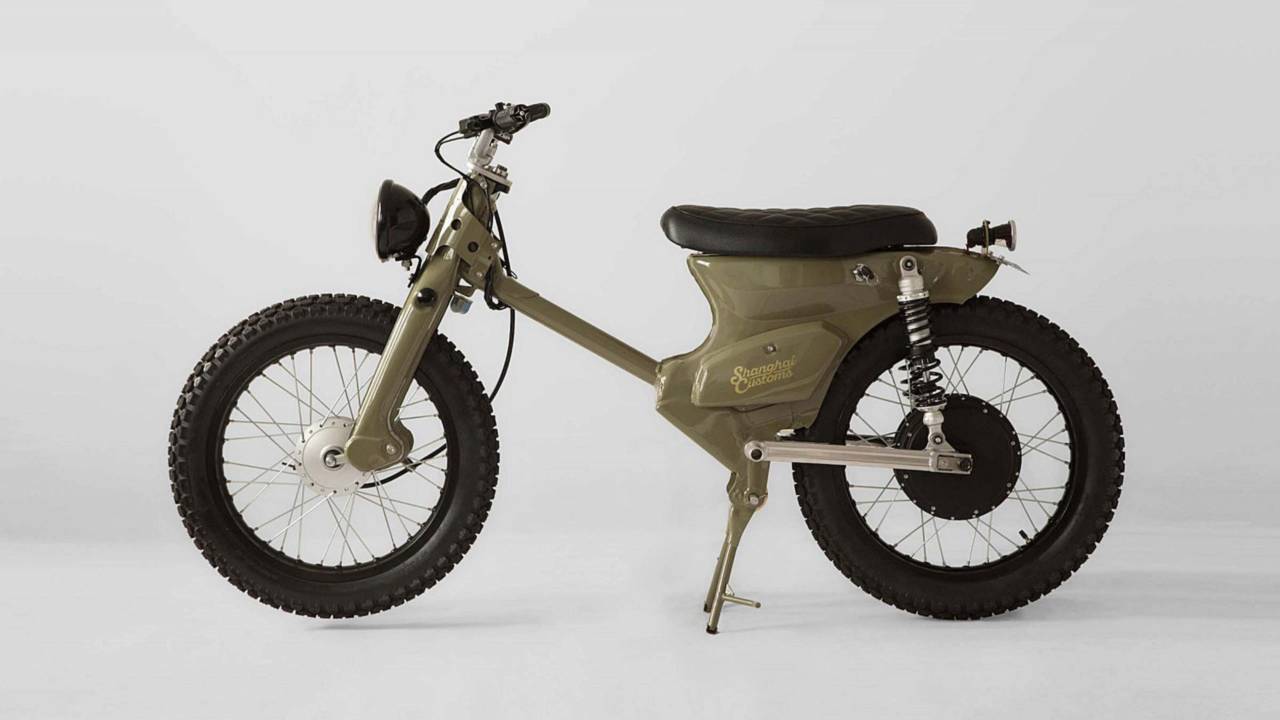 Shanghai Customs wants to put you on their eCub, the electrified version of Honda's Super Cub, or even build your own EV moped with their conversion kit.

Buy the full electric bike or assemble it yourself

Honda recently announced the return of its Super Cub to America. However, the model has been around for 60 years and, in some countries, it's been part of the landscape for just as long. It has even inspired some custom shops to give the little half-scooter, half-motorbike their own twist. One shop in particular is offering buyers an opportunity to convert their Super Cub to electric power. Anybody up for a little DIY?

LOOKS AS GOOD AS IT FEELS: Slick New E-Scooter from Ujet Unveiled at CES

The Chinese market is super thirsty for premium products. That's true of cars, with a quiet boom in exotic models sales, but it's also now true of electric vehicles. Incentives to trade petrol engines for electric ones have become increasingly aggressive—aggressive as in banning petrol-powered motorcycles from city centers and ramping up pricing for a license plate. These measures have forced people to default to cleaner alternatives, and also to look for models that look and feel like actual motorcycles rather than bicycles.

This is where Shanghai Customs stepped in. Lead by New Zealander Matthew Waddick, the company hasn't been afraid to disassociate "Chinese" and "cheap" by collaborating with high-end boutiques. Last year, the team came up with the eCub project which not only offered new buyers a fully electric Honda Super Cub, but also targeted existing Super Cub owners with a conversion kit.

DESIGN IS KEY: The Flow E-Scooter Orders its Own Parts and Detects Potholes

The original eCub was built on the existing Cub, breaking down its frame to the essential and trading the gas tank for a battery. The result was an elegant Cub with a glossy black paint job and a slick new look. This year, the company has come up with the eCub2, the eCub with a retro twist.

Get your DIY electric moped.

SOLVING AN AGE-OLD ISSUE: Honda Working Towards Batteries On the Go

The second iteration of the EV Cub receives a 3.7V battery located under the seat and easy to remove for owners to take inside and charge. The eCub2's range is estimated at 28 miles, which is more than most commuters have to travel on a daily basis. The 2 is fitted with an aluminum swingarm and adjustable shocks for optimized comfort. It also features two riding mode—eco and sport—and even a reverse, all controlled by the rider's smartphone that can be mounted en lieu of a tool cluster.

Existing owners of a Super Cub are also offered the unique chance to upgrade their moped to a fully electric powertrain thanks to the conversion kit, also available in the eCub2's style. All the kits and e-bikes can be ordered from Shanghai Customs' website.