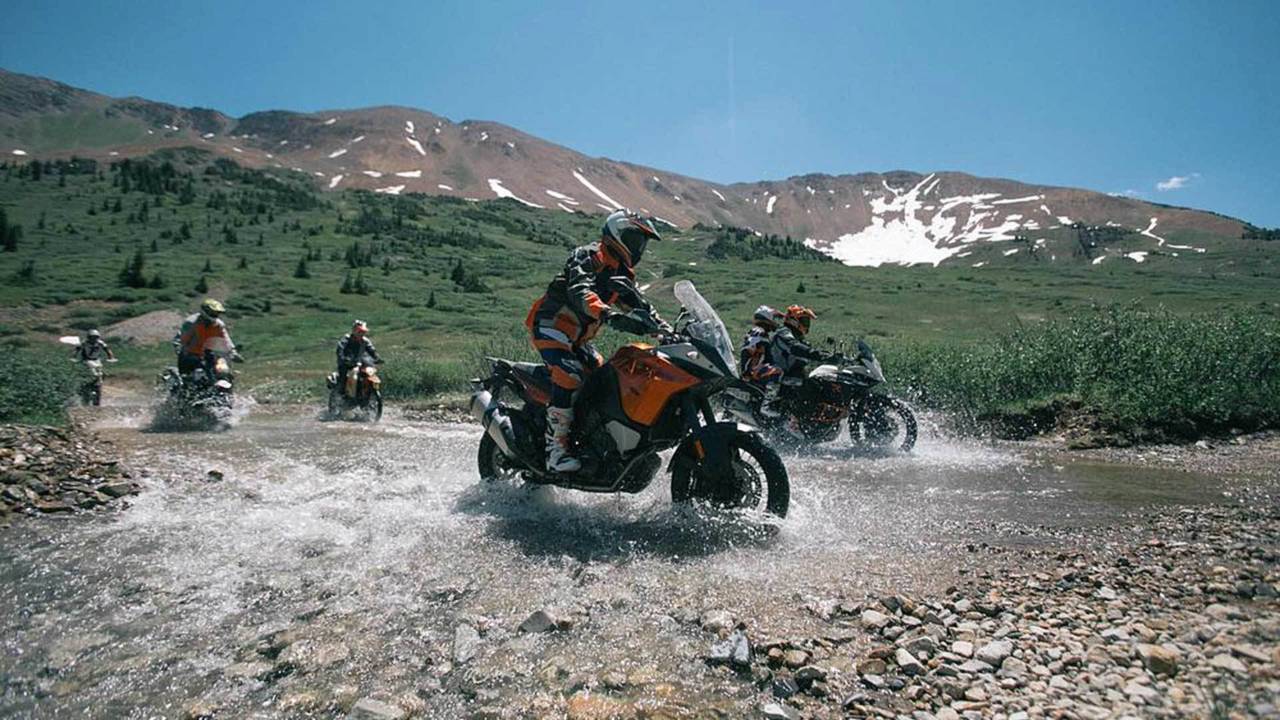 If you have the guts and the skills, you could qualify for a spot in a rally race in Morocco courtesy of KTM.

Do you like KTM bikes? Do you like serious business motorcycle rallies? Are you a bad enough dude (or dudette) to master KTM's U.S. Rider Rally in Utah this September? If so, read on.

KTM North America, Inc. is excited to announce that qualified registrants of the upcoming 15th Annual KTM Adventure Rider Rally will have the unique opportunity to vie for two spots to compete in The KTM Ultimate Race during its three-day U.S. Rider Rally on September 14-16, 2018 in Park City, Utah.

KTM recently announced a once-in-a-lifetime opportunity for Adventure Rally Riders to qualify for The KTM Ultimate Race at the 2019 KTM Merzouga Rally, held in Morocco from March 31 – April 5. The top two qualifiers from participating KTM Adventure Rider Rallies across the world will earn a fully-supported ride on the all-new KTM 790 ADVENTURE R to be a part of the epic five-day Merzouga Rally in 2019.

KTM North America, Inc. is excited to announce that qualified registrants of the upcoming 15th Annual KTM Adventure Rider Rally will have the unique opportunity to vie for two spots during its three-day U.S. Rider Rally on September 14-16, 2018 in Park City, Utah. Riders will be put to the test with a series of challenging tasks on their own KTM ADVENTURE bike, including the successful navigation of unguided routes with waypoints, timed runs on an offroad enduro course, as well as wheel changes and strength ability tests with a KTM 1290 SUPER ADVENTURE R.

The winning qualifying riders will receive airfare and hotel accommodations to the 2019 KTM Merzouga Rally. This global adventure includes full race service, entry fees, a mechanic and factory support, while riding the new KTM 790 ADVENTURE R at the event. Riders will be coached by some of the world’s finest KTM riders and be treated like factory supported riders while they navigate through epic terrain. The winner of The KTM Ultimate Race in Morocco will win an incredible KTM 790 ADVENTURE R and a VIP DAKAR RALLY experience for two.

CHECK OUT: We Learn A Little More About the KTM 790

The KTM Ultimate Race is a unique chance to compete at the KTM Merzouga Rally for the top two qualifiers from each KTM Adventure Rally from across the world. Qualifiers from each KTM Adventure Rally will get to compete in an exclusive class at the Dakar series race in Morocco. The KTM Merzouga Rally race spans over five days that includes a prologue and marathon stage across the mighty Moroccan landscape. Stages are varied, navigation is key and the race features participants with a wide range of abilities from amateur rally riders to the factory pros. The KTM Ultimate Race is a one-of-a-kind route through Morocco, specifically designed with bike and rider in mind, and runs parallel with the pro class of the Merzouga Rally.