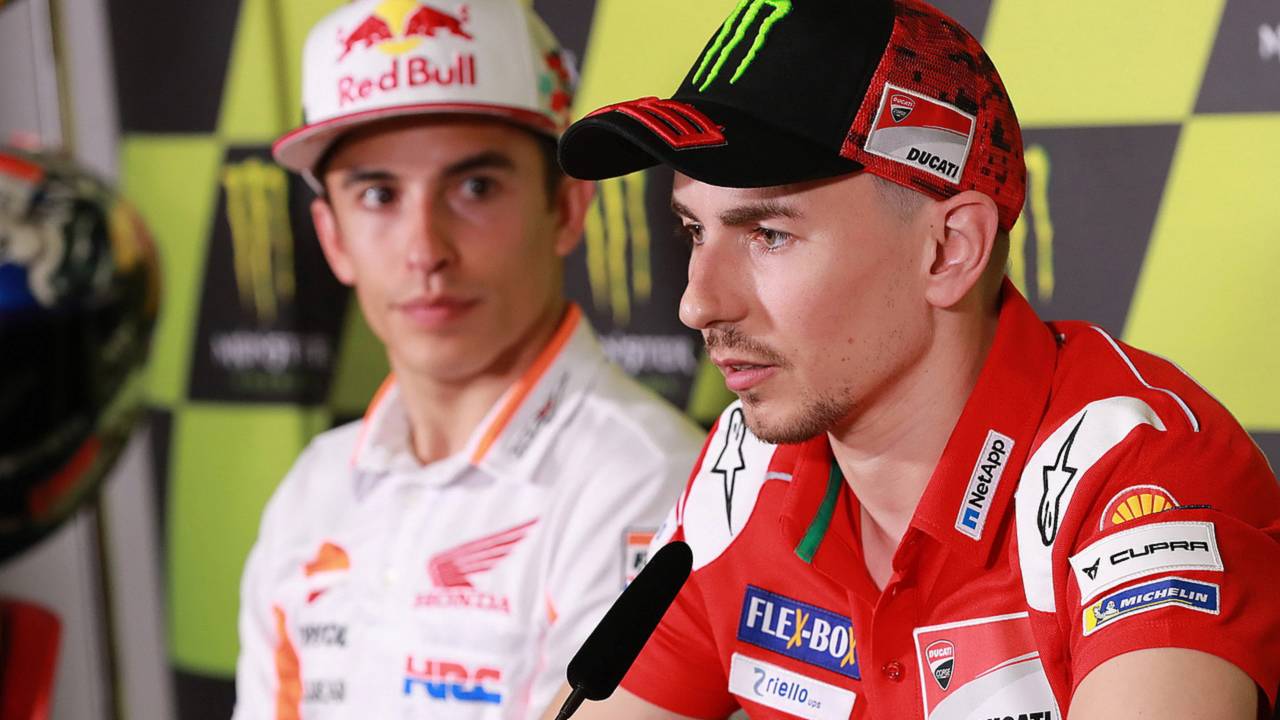 Lorenzo will move from Ducati to replace Dani Pedrosa at the Repsol Honda team next season. But managing the two superstars won't be easy.

Managing the relationship between 2019 Honda MotoGP teammates Marc Marquez and Jorge Lorenzo is likely to be a "challenge", admits team principal Alberto Puig

Lorenzo will move across from Ducati to replace Dani Pedrosa at the Repsol Honda team next season, giving the Japanese manufacturer two premier class title-winning riders for the first time since 1989.

Explaining the rationale behind recruiting Lorenzo, Puig said it is Honda's philosophy to sign the best available riders, even if it gives the team the headache of trying to manage tensions between them.

THE ANNOUNCEMENT: Lorenzo and Honda Agree to Two-Year Deal

"The understanding is that the team wants to have the best riders, this is the principle," said Puig in a press conference at the Sachsenring.

"The possibility was there , and we took it. Other teams, I don’t know how they are doing . Maybe they are not doing .

"For Honda it’s important to prepare the best bikes we can, and give them to the riders that are faster.

"Of course, not easy. But if we wanted things to be easy, probably we wouldn’t run a team at this level. It's complicated, but it’s a challenge.

"At Honda we always look for a challenge."

THE LEADUP: Lorenzo Hits Back at Ducati Boss's Comments

As well as managing the personality of two top riders, Honda will have the added difficulty of finding a way of making a bike suited to both Marquez and Lorenzo, who have wildly diverging riding styles.

HRC General Manager Tetsuhiro Kuwata denied suggestions that the current version the RC213V is moulded entirely around Marquez's needs and said Honda will continue on the same path in 2019.

"Now, we are developing for Marc and also for Dani," said Kuwata. "It’s not only for one rider. So we will continue the same way next year.

"We don’t know Jorge, which kind of machine . But of course we will try to adapt to his requirements. And also Marc has a lot of requests to us, and we try to achieve this.

"It will be very challenging, but we keep in the same way. If we can make a good machine for Marc and also Dani, it means our technical potential is high.

"For next year we try to prepare a high-level machine for both Marc and Jorge."

THAT TIME: Lorenzo Won the Italian GP as Marquez Crashed