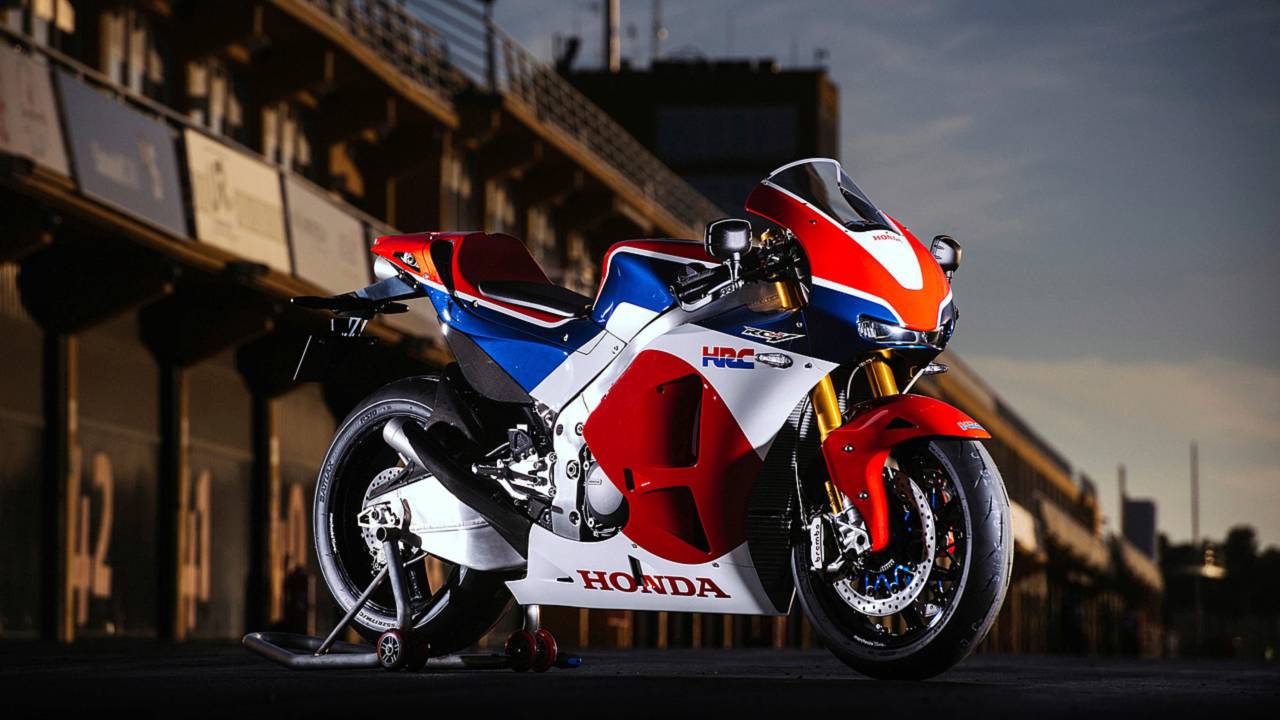 Who has $300k to spend to buy this ultra-rare Honda RC213V-S? If you raised your hand, you might want to act quick: your future lover is on eBay.

I can hear the gasps of thousands of MotoGP fans from here; there is a mystical creature for sale on eBay that's probably rarer than a unicorn. I've never seen a unicorn, but then again, I've never seen one of these in the wild either. Someone out there is parting with their Honda RC213V-S and this is why we need it.

LEARN TO GIVE RIDE TO ALL YOUR FRIENDS: Take a Two-Up Superbike Lap With A Professional Racer

The RC213V-S is the street-legal version of Honda's RC213V competition model that helped the likes of Dani Pedrosa and Marc Márquez step on the MotoGP podium for the past six years. Unlike detuned road-friendly models, the RCV213V-S has everything its racing counterpart has with a few extras to make it legal (namely mirrors and lights). This model is as close to a racing bike as you will get without wearing a "Valentino Rossi" name tag and having a curly head of hair.

MIGHT WANT TO FIT ONE ON YOUR NEW RC: Free Theft-Tracker With Every New Honda

The RC is powered by a 1,000cc 90-degree V4 engine, wears HRC livery, and is fitted with Brembo brakes, Öhlins gas fork, magnesium wheels, keyless ignition, and high-end performance chassis. Drooling a little yet? Well, that's what most of us commoners will have to resort to doing: drool and dream. Not only was the price insanely out of reach for someone with a normal 9-to-5 job—an eye-watering $184,000—but the limited-production model sold like hot cakes. Honda received 220 orders and only built 213 units (see what they did there?), which has made them a rare sight on the streets.

TEACHING SAFETY WITH A SUPERSPORT: Ducati Panigale V4 to Teach Safety in the UK

However, one lucky human-being now has a chance to get his or her hands on one that found a home in the UK. A Shipley, England dealer listed one for sale on eBay for the modest price of $290,000—about $100,000 more than the original price. That's what you get for missing out on a fresh-out-of-the-factory collectible.

If you're interested, you might want to get on it earlier rather than later because I have a feeling that the next one up for sale will see another few grand added to its price. And when you do get it, you know where to find me.