Take a Two-Up Superbike Lap With A Professional Racer 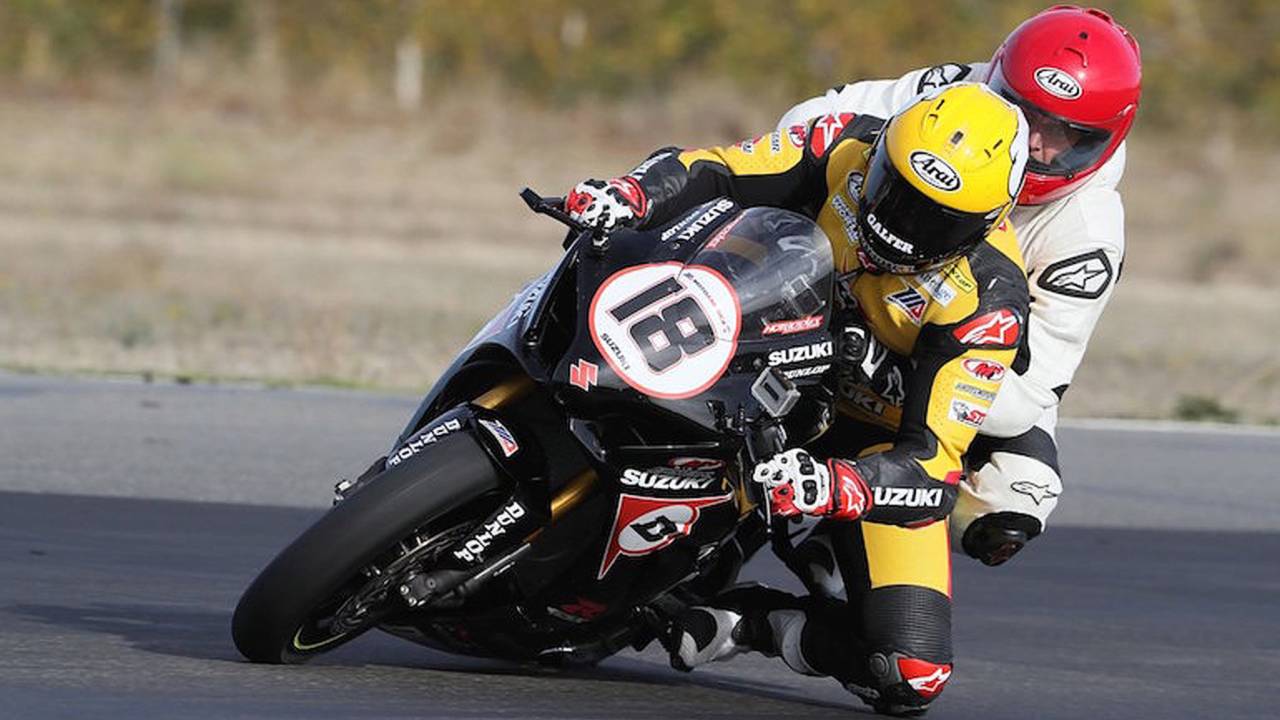 Dunlop M4 Suzuki’s Two-Up Program returns for 2018, giving fans a racing experience unlike anything else.

In recent years, Dunlop M4 Suzuki has offered race fans the chance to experience something very few will ever have the opportunity to enjoy—a hot lap around a professional circuit, on a professional grade super bike, piloted by a professional racer. The program is designed to give fans an authentic and hair-raising experience while simultaneously supporting the Roadracing World Action Fund—a 501 ( c ) (3) non-profit organization promoting motorcycle racing safety via encouraging circuits to employ the use of soft air barriers and other safety enhancing measures.

MORE ON THE LATEST GSX-R1K: Testing the new flagship Gixxer

While this may sound a little sketchy, passenger of the program are in objectively good hands as Chris Ulrich is at the helm. Ulrich is a former professional racer with almost two decades of competition under his belt. Even with the added weight of a second passenger, he's more than capable of clocking lap times that are markedly faster than me or you are riding solo. Participants can expect to hit speeds of around 170 miles per hour and lean angles of around 60 degrees.

MORE TWO-UP TOPICS: The best motorcycles for carrying a passenger

The two-up track weapon used in the program is a race-spec, Team Hammer Suzuki GSX-R 1000 equipped with a passenger pillion, rear-foot pegs, and a second passenger handlebar fixed to the tank. After the monumental success of the program in 2016 and 2017, it’s no surprise to see it return yet again for 2018.

“It is a unique opportunity to grow the sport we love and also to help the Roadracing World Action Fund make the sport safer at the same time. We built a lot of momentum in 2017 when we teamed up with MotoAmerica and Dunlop and by mid-season we were sold-out everywhere,” stated Ulrich.

The program is held on the Sundays of race weekends and is open to VIP’s and media personnel, as well as being available to the general public, albeit for a pretty steep fee. The next date available is on May 6, 2018 at the upcoming round at the Virginia International Raceway. To get a better sense of just how fast Ulrich is, even when riding two-up, you can check out this video from 2016 where Forbes journalist Jim Clash takes a lap around Thunderbolt Raceway in New Jersey with Ulrich.