91-Year-Old Woman Tears Up the Track on a Gixxer 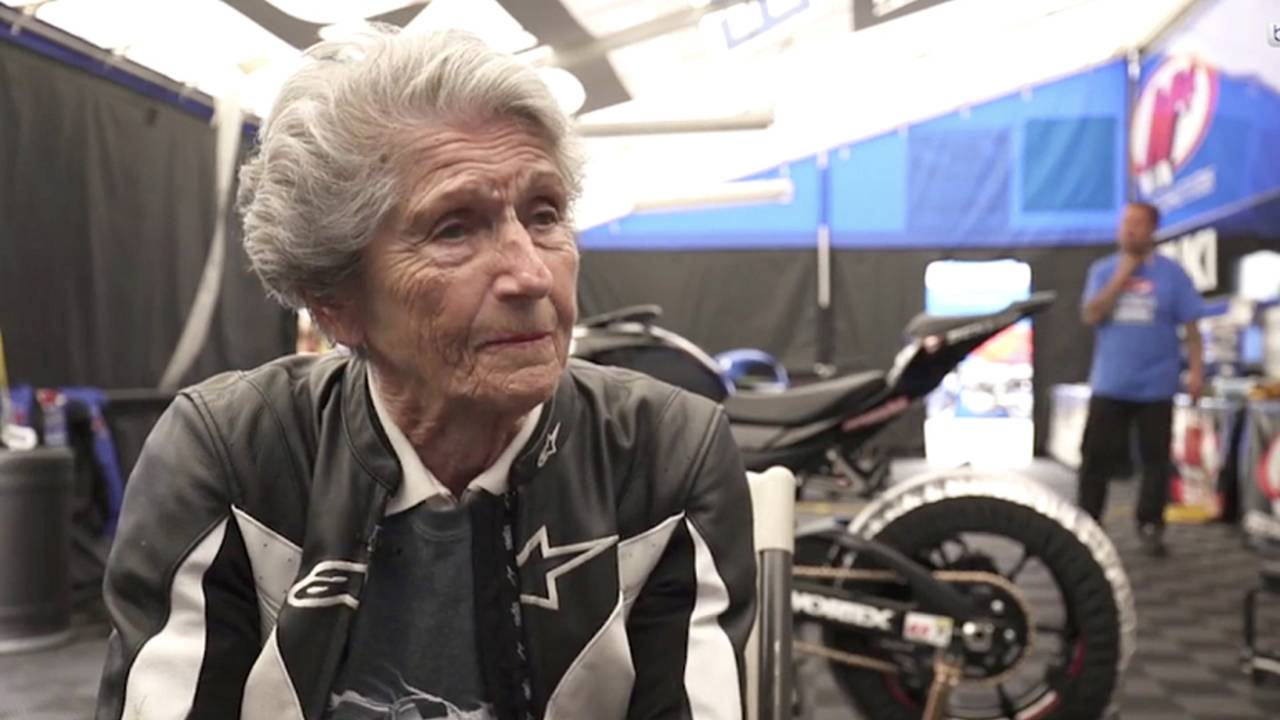 At 91-years-old, Rochelle Simms got to ride two-up on a speeding Suzuki GSX-R at Road America.

A Chicago-area nonagenarian got the ride of a lifetime when she rode two-up around the track at Road America on a Gixxer as part of the Dunlop M4 Suziki Two-Seat Superbike Program.

According to MotoAmerica, 91-year-old Rochelle Sims is a director and board member of The Broaster Company, a purveyor of fine fine broasted chicken and broasted chicken accessories out of Chicagoland. During a recent board meeting, Simms got wind of the two-seat superbike program and decided she'd like to give it a try.

“We were in a board meeting and I announced that we were going to do a two-year partnership with RoadRace Factory and the Honda Racing team,” said Broaster Company CEO Jay Cipra. "Immediately Shelly came to me and said, “I want to ride on that motorcycle.”

That's exactly what she did, too. At Road America, Simms suited up in a black and white racing suit and got a safety briefing from RA track officials. After that it was off to the races. Her driver was former superbike racer Chris Ulrich, and their ride was a fire-breathing Suzuki GSX-R1000.

“I had an opportunity to do something I thought would be an experience that I had never done,” Simms told MotoAmerica. “I enjoy a little speed—under control.”

She wanted fast and that's exactly what she got. Flogging the Gixxer down the track with Simms behind him, Ulrich hit speeds up to 112 miles per hour. The speed didn’t seem to faze the Simms at all though. She just tucked right in behind Ulrich and enjoyed the ride. Giving Ulrich a big hug afterwards, she said, “That was a wild ride, and no regrets.”