The lowdown on MotoGP at the Brickyard: An IndyGP Preview 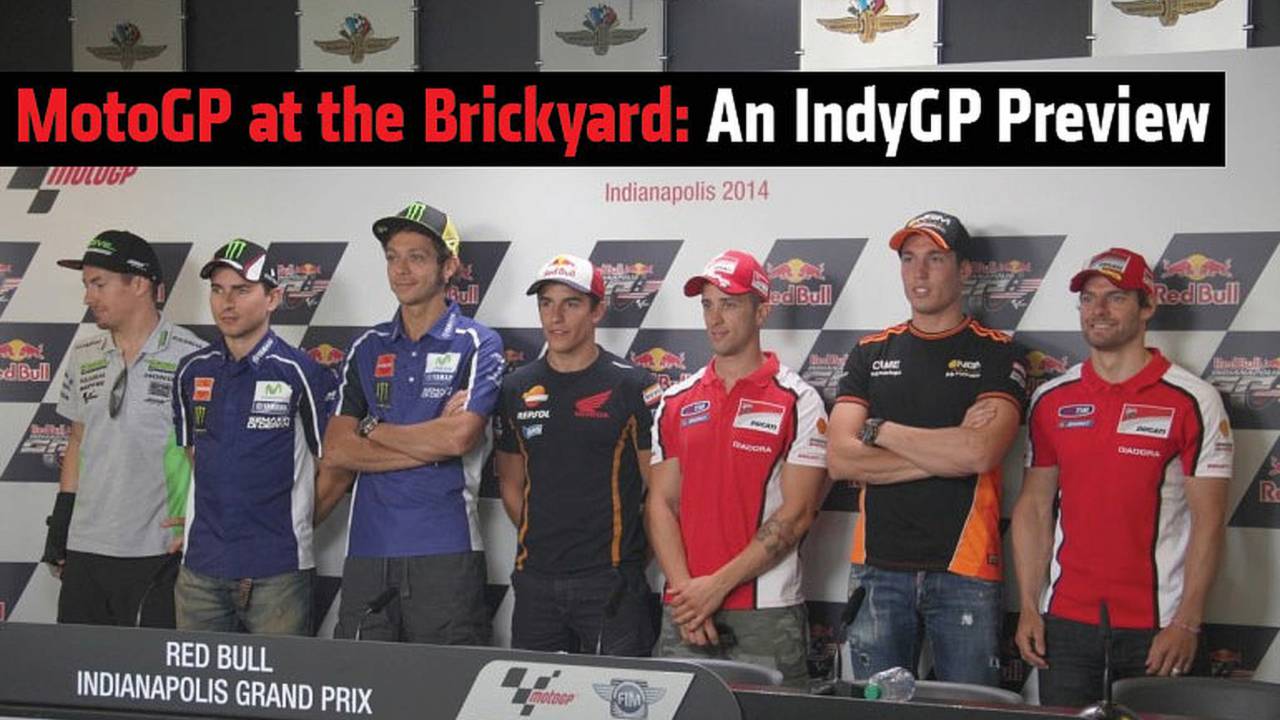 The IndyGP takes place this weekend and Pete Hitzeman is on hand for all the action. We've got an exclusive preview of what's to come during the race.

Ah, summer vacation. You're taught to look forward to it as a kid. The months-long respite from the dreary grind of classes, teachers and books was to be seized with both hands and wrung for all its sun-soaked worth. Summer is a time filled with long bike rides, barbecues, and trips to the beach.

MotoGP returns this weekend after its own short summer vacation, although one somewhat shorter in length than the kids off of school. While most of the riders and teams may have enjoyed a short holiday, they spent most of their time training and planning for the tenth round of the championship, at the famed Indianapolis Motor Speedway.

And RideApart is going to be there, all weekend, the entire time, from the practice day on Friday, August 8th up to race day on Sunday, August 10th.

We'll be capturing the experience from inside the fences all weekend, and hope to bring back the sort of "this is what it smells like" coverage you've come to expect. If there's anything you want to know, this is the time to ask!  Also, make sure to check in on our Facebook and Instagram pages too.

This weekend, as has become reflexive all season long, all eyes will be on young Marc Marquez. He's nine-for-nine on the season so far, and there's no reason to believe anything will stop him at Indy. He's won there for three consecutive seasons, twice in the intermediate class and last year in MotoGP. The track layout favors the Honda, with plenty of tight corners and hard acceleration zones.  Marquez, as we recently wrote, is making everyone else look stupid.

Marquez' teammate Dani Pedrosa surely looks forward to the weekend as well, having come away from his last four visits with two wins and two second places. Between the two Spaniards and the dominant RC214V, expect business as usual to continue where it left off at Sachsenring four weeks ago.

All of the top riders will have the added relief of going into this weekend without much worries about next year. Silly season has mostly wrapped up, with the lineups for Repsol Honda and Movistar Yamaha remaining unchanged, with Jorge Lorenzo's new two-year deal at the latter announced this week.

Cal Crutchlow's time in the purgatory that was his factory Ducati ride appears to be at an end, as he will move to the LCR Honda squad next year, with full backing from HRC. Andrea Dovizioso will be joined at Ducati by Andrea Iannone, giving the Bologna factory the all-Italian team they've always wanted. Stefan Bradl, displaced by Crutchlow, will be moving to the NGM Forward Yamaha team, whose custom chassis houses an M1 engine.

That's a lot of musical chairs.

IMS has again spent truckloads of money to underline their commitment to keeping the MotoGP circus coming to town, this time repaving the entire infield portion of the course, widening some sections, and replacing some 12,000 linear feet of curbing. This last bit will please Marquez particularly, as he only seems happy whilst riding entirely on the curbs at most tracks, knees and elbows and all.

As has been the case nearly every day of this summer in the Midwest, rain is in the forecast for Friday, and may yet threaten on race day.

If it does, it may shake up the order further down the field, mute the advantage of the Honda team over the Yamaha team and giving Dovizioso a shot at another podium on the GP14 but the prospects of a different name at the top of the sheets on Sunday night are very slim, rain or no rain.

If you're going to be at the race, give us a shout on twitter and we'll make sure to follow you back, but in real life.