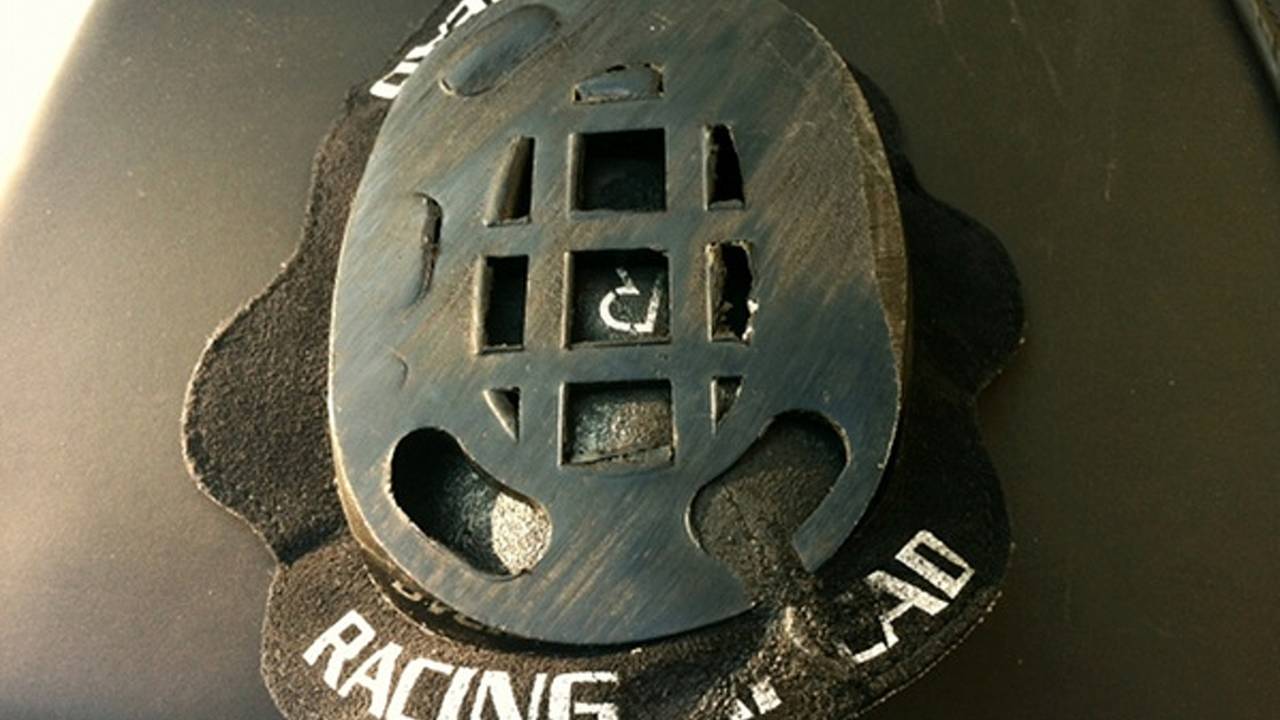 Of all the things you wear to ride fast on the street or track, the humble knee slider is probably the last item you’d think deserves an upgrade. A more expensive helmet will be lighter and vent better. A more expensive suit will fit better and survive more crashes. The right long underwear for the season will keep you cool or warm. But knee sliders? They’re all alike, right? I thought so too ...

Of all the things you wear to ride fast on the street or track, the humble knee slider is probably the last item you’d think deserves an upgrade. A more expensive helmet will be lighter and vent better. A more expensive suit will fit better and survive more crashes. The right long underwear for the season will keep you cool or warm. But knee sliders? They’re all alike, right? I thought so too until I tried these handmade Asphalt & Gas leather superbike pucks.

Standard knee pucks of the kind that likely came with your suit or trousers tend to share the same common problems:

1) They wear too quickly (these Astars pucks were toast after just four or five trackdays).

4) They’re completely numb, offering little indication but noise that they’re touching down at all.

And that’s why Jeff Lee, who still makes every pair by hand, set about designing a superior slider.

The biggest difference between the A&G pucks and the shitty ones that came on your suit is that these are made from leather, not plastic. Layers of un-dyed cowskin are bonded to each other across their entire surface, completing one inseparable mass that’s then coated by a black dyed layer. That’s then bonded to a honest-to-goodness Velcro (as in the brand, not the generic crap that passes as such) backing.

Being made from leather is what make the A&G sliders last longer, slide silently and deliver real feel as to what the surface is doing under your knee. As an added benefit, keep your knee down continuously for long enough and they’ll begin to singe themselves black.

I wore these for the first time on my Icon one-piece during the 2012 Honda CBR1000RR launch at Infineon. Putting my knee down for the first time around Turn 2, I was immediately surprised when my leg got tugged back a little bit. Compared to typical plastic sliders, these leather ones do have a little grip to them. The second and third surprises came as my knee slid off the tarmac and onto the painted curb. Not only could I feel the surface transition and feel the difference in grip between tarmac and paint, but the bumps in the curb began to catch the leading edge of the puck, popping my leg back a little bit each time. None of this is scary or a big deal, it’s just notable because your knee actually interacts with the surface through the A&Gs not something that can be said about plastic pucks I’ve worn in the past, those just slide along seemingly independent of anything else that’s going on, skipping over curb bumps without really feeling them thanks to their rounded shape.

What do the A&G sliders feel like when they touch down? Well, ever crashed in a leather race suit? If so, you’ll feel something familiar; there’s a real tactility, but still a relatively friction-free slide. What little friction remains will train you to avoid throwing a lot of weight very suddenly onto your knee, which is probably a good thing. When you’re at the limits of a motorcycle’s performance, the last thing you want to do is transfer even the most incremental amount of weight off the tires.

Because your knee now becomes intimate with the surface you’re riding on, you also gain an additional point of information that you can then use to inform your riding. No, it’s not nearly as important as the feedback you’re getting from the levers, tires and suspension, but a more informed decision is a better decision nonetheless. Even if that advantage is only incremental. Through the A&G sliders you really do gain a better understanding of surface texture and grip levels.

The main advantage here is going to be longevity though. These are claimed to last five to 10 times longer than their plastic counterparts. Sean’s been wearing these on the road for a month, regularly getting his knee down during that period, and I’ve done six 20-minute track sessions on them. I’m lanky, so my knee goes down pretty much anytime I’m not totally upright. All that and I’d guesstimate they’re less than five-percent worn. Given that a set of standard plastic sliders only lasts four to five trackdays, we’ve got no reason to doubt A&G’s longevity claims.

Look, you’re not going to want to prioritize obtaining these over a top-tier back protector, chest protector, boots, gloves, helmet or other piece of essential gear, but given that, at $50, they cost the same as nice-ish plastic pucks, there’s really no reason you can’t pick up a pair the next time yours are due for replacement. They’ll last longer, they’ll stay on your leathers better, they’re pretty much silent and they’ll contribute a new element of feel to your riding. All that and they’re the kind of accessory that’s really going to make you stand out as someone that’s very serious about their motorcycle riding.