Without traction control and down on power, can the 2012 Honda CBR1000RR still compete?

It’s easy to feel a bit sorry for liter bikes as 2011 slowly becomes 2012. They’ve reached some sort of pinnacle — without exception the entire class is now so impossibly fast that the bikes have become distinguished not by power or handling, but by the efficacy of electronic rider aids. Even while technology progresses exponentially, model cycles are stretching longer and longer and cash-st... 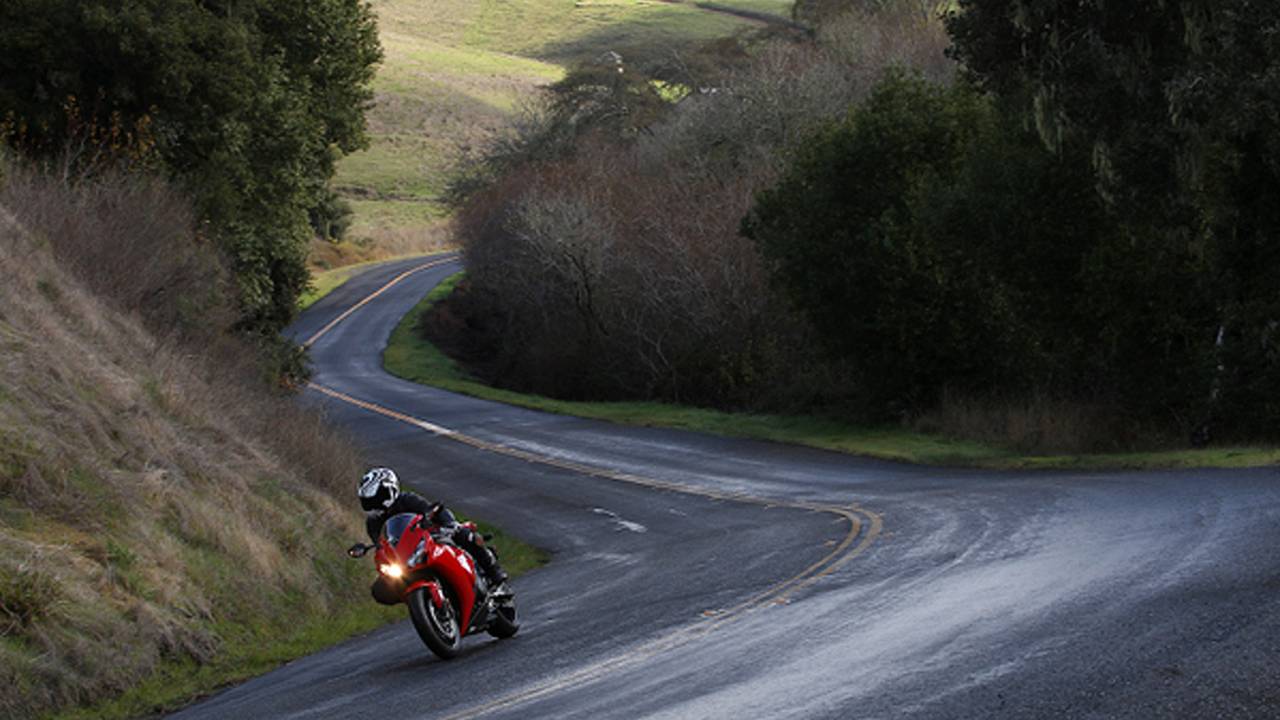 Do the upgrades make a difference on the road too? Riding through the hills north of the Golden Gate Bridge, the roads were slick with a rain storm that passed the night before. But even unable to ride fast, Marin County’s bumpy back roads were enough to highlight improved suspension compliance and control. The same attributes that make the Showa forks and shock so much better on the track, make them better on the road too. Where the ’11 model was kicking my butt out of the seat and being vague, the ’12 was totally smooth and delivered excellent feel. That’s a huge bonus in conditions like these, just like on the track, feel informs your decision making and boosts confidence, creating better, faster, safer riding. You can put down the power out of a wet corner with newfound confidence too, that intimate connection between throttle and tire remains, even crawling along in the wet. I already have a 2008-2011 CBR, do I need to upgrade? Probably not. If you’re the kind of proficient, intelligent rider that would benefit from the upgrades Honda’s made, then you likely go out and upgrade the suspension, fit better pads and probably a Power Commander the second you buy a bike anyways. That’s basically what Honda’s done with the new model, there’s nothing here you can’t achieve with a low four-figure investment and the tools you have in your garage. Do combined brakes and ABS really belong on a liter bike? On the track, I found the C-ABS-equipped new model to have slightly softer lever feel than the regular bike, but we’re talking incrementally softer. Not a problem. On the road, in the wet, C-ABS boosted my confidence braking hard on sketchy surfaces. So with no downsides other than a price increase ($1k), yes C-ABS is worth having if you plan on any road riding. How does the new CBR compare to other liter bikes? It’s slower. There, we said it. In a class defined by power-to-weight ratios, the Honda’s 175bhp and 199kg (wet) has it lagging behind every superbike competitor, aside from the 180bhp R1 due to the latter’s 206kg weight. Not much slower, but numbers like these are what liter bikes traditionally sell on. Unlike every other competitor aside from the Suzuki GSX-R1000, it also lacks traction control. Nevermind the wheelie control and launch control of bikes like the Aprilia RSV4 R APRC and Ducati 1199 Panigale. With electronics winning races, that’s now an important differentiator in the minds of everyday riders. With performance exceeding common ability, traction control and other aids are now an important differentiator in terms of speed and safety too. Other superbikes also have ABS, it’s now standard on the BMW S1000RR and optional on the 2011 Kawasaki ZX-10R, but both those also have standard traction control. But, with the exception of much more expensive rivals like the Aprilia RSV4 Factory and that hot new Ducati, the Honda has better suspension. Hell, it has a better shock than that fancy Aprilia, which makes do with a non-TTX Ohlins. 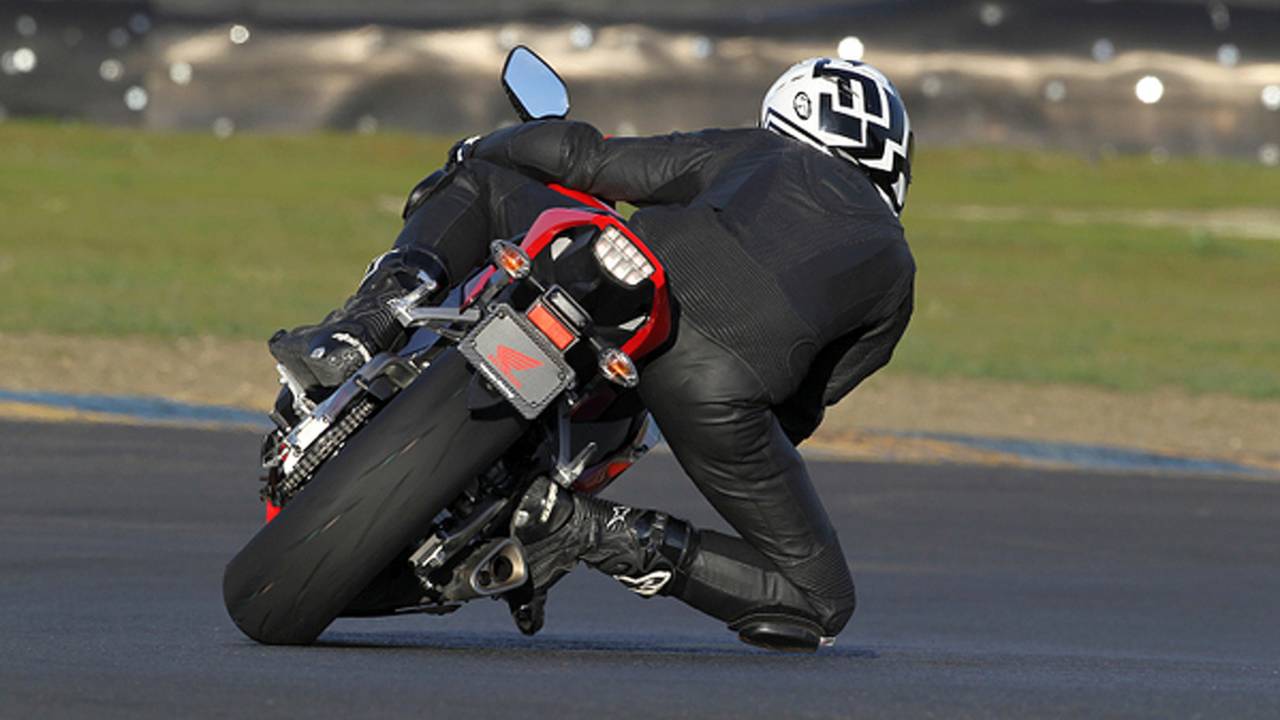 So, even with less power and without all the electronics, can it compete? Do you buy a new bike to engage in a numbers-based pissing contest or do you buy a bike to ride it fast? Out of the box, the Honda is a better tool for fast riding than any of its Japanese competitors. It’s just as easy to ride as the BMW, has higher-quality suspension with greater feel than it too, but lacks both the German’s shear speed and fancy electronics. The problem is, forks and a shock would elevate any of those bikes to the Honda’s handling level and they’ve all got more power. What Honda has done is take an already very accessible, very fast, very fun package and fit some really, really nice suspension to make it even more accessible, even faster and even more fun. By any standards, even without electronic aids, this is an extremely fast, extremely smooth, imminently exploitable superbike. This is the best Fireblade yet, even if it’s no longer revolutionizing motorcycle performance.
By: HFL Staff
++
++
Got a tip for us? Email: tips@rideapart.com