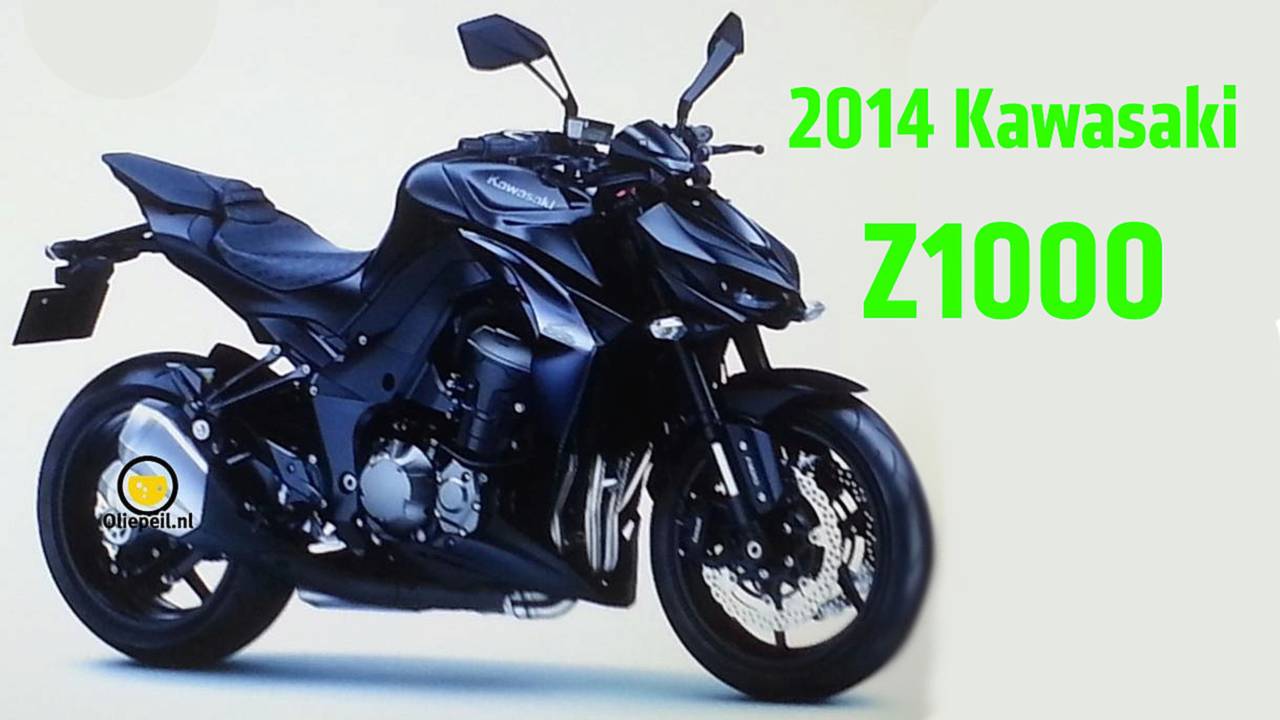 First official photo of the 2014 Kawasaki Z1000 has been leaked online. See it here before its debut at EICMA.

Dutch site Oliepeil has snagged the first official photo of the 2014 Kawasaki Z1000, ahead of its EICMA debut. More power, less weight and better handling, or just mean new looks?

The current Z1000 was released in 2010, equipped with a 136 bhp motor and steel tube/cast aluminum backbone frame. It's basically a muscle bike, very fast in a straight line, but a little wobbly in the corners. At 481 lbs (wet) it's also a little too heavy.

Looking at this picture of the old bike (above), we can identify areas where the new one has been changed:

What's stayed the same appears to be:

Other than the organic new shapes in the headlight unit, the most exciting potential change is to the engine, hinted at by those new cylinder covers. Look at them closely and the sides are now smooth, rather than featuring the ribs of the old model. Because the exhaust and lower half of the engine appear to remain the same, this hints at internal modifications rather than an all-new motor. Perhaps more capacity from a longer stroke?