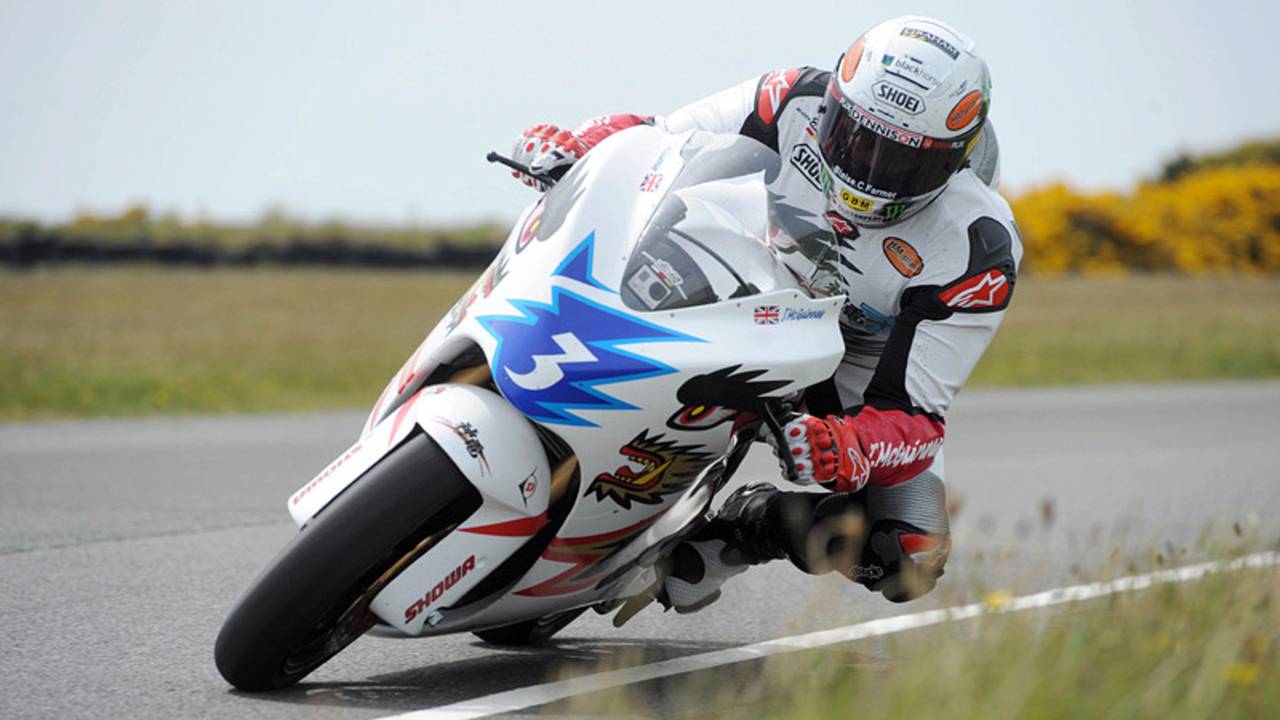 A thinly veiled entry in the Isle of Man's electric TT Zero race, the new Mugen Shinden Ni has just arrived on the Isle of Man. No sooner had it, than 19-time TT winner John McGuinness started turning laps at the local Jurby circuit. Here's what he had to say.

"It looks like a brand new bike," explains McGuinness. "Although it does have a few parts in common with last year's. The new bike is lighter and has greater speed and agility. It's more comfortable to ride, because they have changed the shape of the tank. There is a rear brake, but I've never used it. And then no gears: you just jump on and go as fast as you can. Basically, it is a scooter. A frighteningly quick scooter, mind!"

Both Mugen and MotoCzysz are targeting an average speed in excess of 110mph this year. That will put the battery bikes on par with the TT's 650 twin class and is a significant advancement over last year's race, where the Mugen recorded an average speed of 102.2mph in its 2nd place finish.

Over last year's bike, the Shinden Ni is said to weigh 44lbs less, thanks to a new frame, swingarm, motor and, of course, battery pack. Those batteries remain the greatest limiting factor in the TT Zero. The 37.7-mile lap is as much a test of range as it is of power.

"The goal was to increase the power and make it available for more time," explains Colin Whittamore, the GM of Mugen Europe. "We need more power and range if we're going to reach the average lap speed of 110 miles per hour. This year we are also able to give more options to John, while last year they only had one. We told him: 'If at this point of the race, you still have a certain amount of remaining battery charge, press this button.' However, we have not yet decided our strategy for 2013."

Asked if the Shinden hinted at future plans for a production bike from either Honda or Mugen, Whittamore responded, "There is no grand plan to get to sell a bike for either road or racing use. What we have here is merely a prototype. However, we are quite sure that this is the most expensive bike in the paddock."