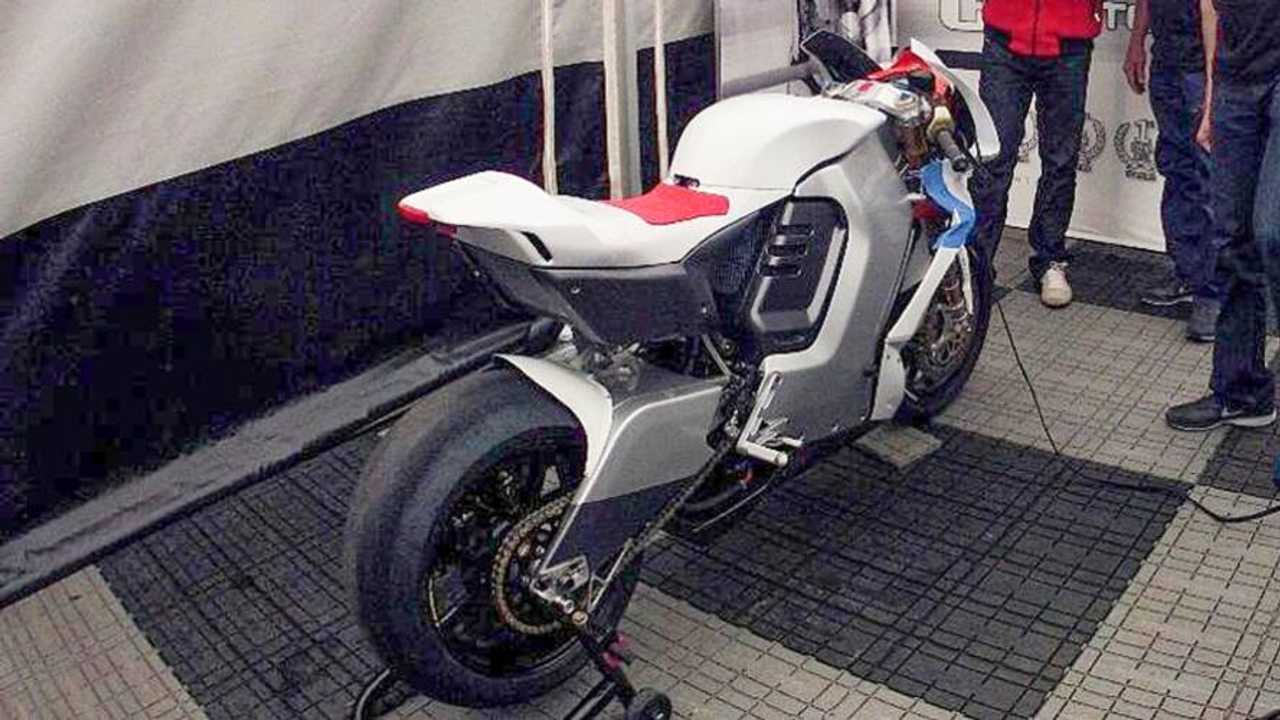 The first photo of the 2013 MotoCzysz E1pc has been revealed on Twitter. Gone are last year's zany wings in favor of an expanded battery pack. The bike should be turning wheels on the Isle of Man this week.

This image of the 2012 MotoCzysz E1pc shows those winglets and bizarre tail section that were said to better re-attach airflow, enhancing aerodynamic efficiency:

While the 2013 ditches those winglets in favor of a much-simplified tail section, it also appears to include a large box under the seat, where fuel is now stored on GP bikes. This likely makes room for additional battery capacity.

The new tail also appears to bring some functionality back from the 2011 MotoCzysz E1pc, which made room for a second "seat" at the rearmost portion of bike, allowing the rider to scoot very far to the rear to minimize drag on the Isle of Man's long straights, then slide forward into a conventional riding position to control the bike in corners. The rest of the bike appears similar, at least in this photo, to last year's machine with upgrades likely coming in both the battery and motor departments rather than in the chassis or overall platform.

MotoCzysz is fielding a two bike team at the TT Zero this year: Michael Rutter and Mark Miller.

"With two wins under my belt, I’d like to go for the hat-trick this year and with Team MotoCzysz providing the equipment, I think we can get it done," states Rutter.

Absent from the race this year, however, will be Michael Czysz himself. He's remaining in America to receive treatment for an unnamed medical ailment.

Update: MotoCzysz has just taken the wraps off the bike at the Isle of Man. Revealing these new photos.

And has revealed details and reasons for the conventional front forks via Twitter: