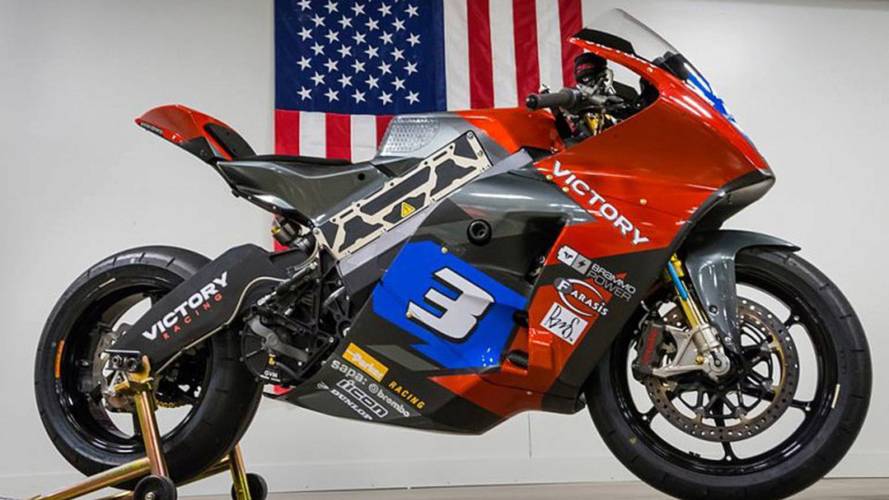 Who steals a unique, easily-recognizable prototype racing bike? A criminal genius, that's who.

UPDATE: Within four days of its disappearance, police tracked the bike to a rental residence in Talent, OR, not far from Brammo's HQ. The bike had damaged bodywork and the rear tire was missing. The primary suspect claimed his plan was to break the bike down and sell the parts. How he planned to do this is a mystery considering the machine's, uh, unique nature. Police were quick to confirm that no current or former Brammo employees were implicated in the case. Once the bike was back in the stable, Brammo's Director of Product Development Brian Wismann issued a statement.

"Everyone at Brammo are relieved to have bike #3 back in the stable and are extremely grateful to the City of Talent Police Department for working diligently to solve this case. We’ll need some time to fully assess any damage done, but from initial inspection it appears mostly cosmetic and repairable. What a bizarre event this has been. Thank you to everyone that shared the story and participated indirectly in the recovery.”

In what has to be one of the country’s more brazen thefts, the Victory Racing e-bike that Lee Johnston rode to a podium finish at the Isle of Man Zero TT earlier this year has been stolen overnight from Brammo Company headquarters in Talent, Oregon.

Information released today from Victory indicates that the exact time the bike was stolen is being determined by investigators reviewing security footage.

Victory released the following information:   “The motorcycle was on display with its complete race bodywork, as shown in the attached image. Johnston’s Racer #3 was on this particular machine. However the body may have been removed or over-painted to mask its origin. The Frame VIN is stamped #004.”

A $1000 reward for information leading to the recovery of the motorcycle.   Individuals with information or who feel they may have seen this motorcycle should contact:

The company’s statement went on to read:

“The teams from Victory and Brammo are gutted that thieves made off with this important piece of motorcycling history, and appreciate the diligence and assistance of motorcycle enthusiasts across the country. We request in particular that those in the Pacific North West be on the lookout.  We will update both the Brammo Facebook and Victory Motorcycles Facebook pages as new information becomes available.”

“Thank you for your assistance in spreading this information to your social media outlets and network. There are few things dirtier than a motorcycle thief and we know that the community of riders will be a key to spotting this motorcycle and bringing it back to where it belongs.”