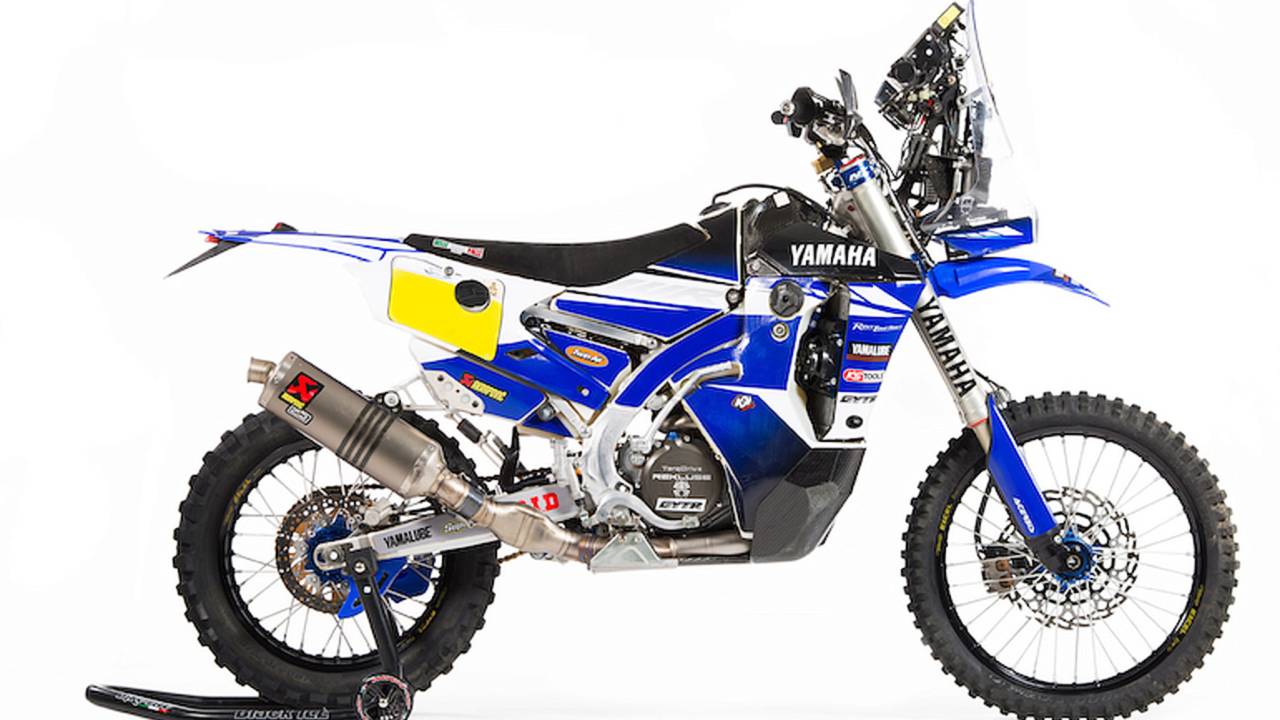 With an 8.1-gallon tank this race replica is clearly ready for some pro-level adventures.

Yamahahas teamed up with DRAG’ON accessories and Rally Raid parts to deliver a tricked out replica version of Xavier de Soultrait’s bike in the form of the 2018 WR450F Rally Replica.

READ MORE: What Does Yamaha Have Up Its Sleeve? | RideApart

The bike mimics the one de Soultrait rode to victory at the 2017 Merzouga Rally.

In addition to the competition-inspired Rally livery, the new Yamaha rep boasts a few trick components that separate it from the base model WR. A high-performing USD fork with 310mm of travel handles the dampening up front while a link-type monoshock absorbs turbulence with with 318mm in back . The WR450F Rally Replica is powered by the same 449cc liquid-cooled, fuel-injected thumper that’s found in the standard WR450F. The replica also features the same semi-dual cradle frame that the standard model utilizes.

A high-performance Akrapovic exhaust comes standard, further separating it from the base model, along with a 31-liter (8.1 US gallons) fuel tank that provides a massive range.

To entice interested buyers who may be on the fence about picking up Yamaha’s newest replica machine, the bLU cRU is further sweetening the deal by offering owners of the Rally rep to take part in the iconic (2018) Dakar Rally. DRAG’ON will be providing Rally Race Service consisting of transporting and making stock parts available to buyers of the machine on site during the event, as well as mechanical and technical support in the field. This might not sound like a huge deal to anyone who’s never taken part in off-road competition overseas, but having easy access to spare/replacement parts and professional service can be a godsend when you’re halfway across the planet from your own tools and parts dealer.

More info should become available in the coming months, but based on de Soultrait’s bike, it looks like rally fans have something to get excited about. Also, that headlight on the rally rep is exponentially cooler looking than the lighting on the standard WR450F. RideApart attended Yamaha’s 2018 launch but the company opted not to reveal - or even hint at - this specific offering, leaving us wondering what else the tuning fork manufacturer may have up its sleeve.