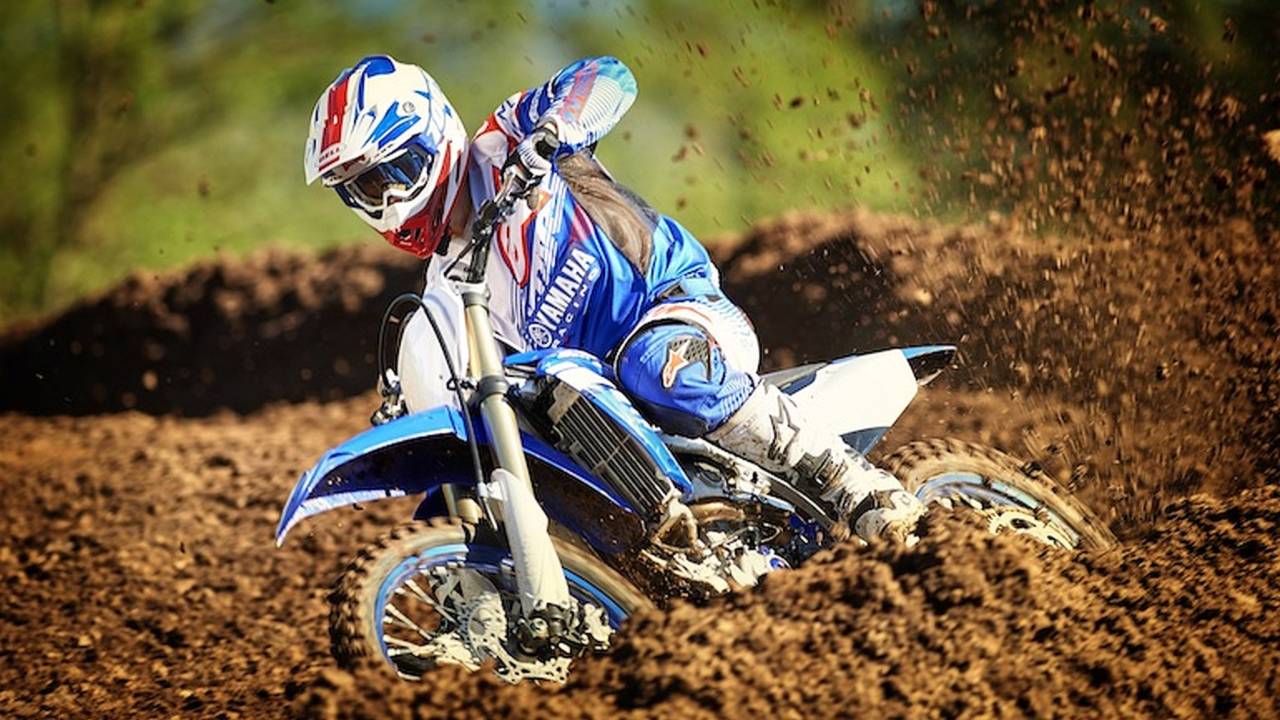 Yamaha throws a bag full of bells and whistles at its heavily updated flagship off-road warrior.

RideApart got the chance to spend some time at Yamaha’s Southern California HQ to checkout the newest dirt-going two-wheeler, which will be used in competition in coming months. The YZ450F gets dozens of changes 2018. The engine receives a handful of improvements while the frame and bodywork has been altered. In addition, the bike "that started the 4-stroke revolution” (Yamaha's claim) earns an electric-start and some trick adjustability controlled via smartphone. A massive focus has been placed on doing everything possible to, in Yamaha’s words, make the bike and rider “connected as one."

Starting at the center of the new YZ450F is a new power plant, which Yamaha says delivers better controllability at low to mid RPM, and stronger and more prolonged pulling (torque) at higher RPM. The throttle-bodies on the 2018 YZ have been changed from Keihin to Mikuni (still 44mm w/ 12-hole injector) and the ECU settings have been revised for the updated engine. An new clutch – which features an altered rib shape and plate thickness, as well as surface grinding added to both sides (in contrast to last year’s which was only one side) – has also been added to the YZ450F. Yamaha says that as a result strength has been increased on in second through fourth.

Since 1997, the folks at Yamaha have been developing the YZ line-up’s chassis. The latest frame has received several significant changes, which are said to offer “(better-)connected and predictable traction, lightweight nimble handling and stability and impact absorption.” The aluminum structure now has an extruded straight tank rail, replacing the hydro-formed “S”-pipe, along with a changed tension pipe, new rectangular cradle-pipe shape and the use of different swingarm-bracket forging. The engine mounting has been updated to offer better rigidity-balance and improved weight distribution. According to Yamaha, the 2018 frame sees its rigidity increased by 25 percent vertically, 9 percent horizontally and 15 percent torsionally with a 5mm-longer wheelbase and 5mm more ground clearance.

The new bodywork is available in two color-schemes; the classic Yamaha Racing blue livery or the new white, black and teal scheme. The body itself is thinner with the seat and tank being narrower than the previous years' models.  However, that means a slightly smaller fuel capacity: 1.6 US gallons, instead of the previous 1.9 gallons (or 6.2 liters vs 7.5 liters). The radiator-shroud has been changed to better contour to the rider’s knees. The side panels, fenders, side and number-plate(s), air ducts and louvers have also been updated. The changes to the plastic also happen to look pretty snazzy, too.

Thanks to an onboard WiFi-unit, in conjunction with a new mobile-phone app and compact throttle position sensor, the new model can be tuned via smartphone on the fly, in addition to being able to display realtime data, such as RPM, throttle position, air-pressure, voltage, and engine and air temps. It can log all kinds of useful data, includes trip meters and maintenance-reminders, and it shows diagnostic codes, which can be referenced via the service/owners manual.

The new YZ450F is fitted with myriad components to supplement its new engine and frame. The factory rims on the new YZ450F have been lightened by 40 grams (roughly the weight of 16 pennies) up front and 70 grams (or 28 cents) in back. The four-position adjustable mounted handlebar has also lost almost 112 grams thanks to a reduced thickness accomplished through the use of a higher-strength material. The KYB fork internals have be revised with a bigger cylinder and piston size while the old coil-spring is replaced by a leaf-spring. The rear-shock features a new lighter and thinner yet stiffer spring boasting fewer turns (number of times the coil wraps around the shock).

This new flagship off-roader from Yamaha has an MSRP of US $9,199.