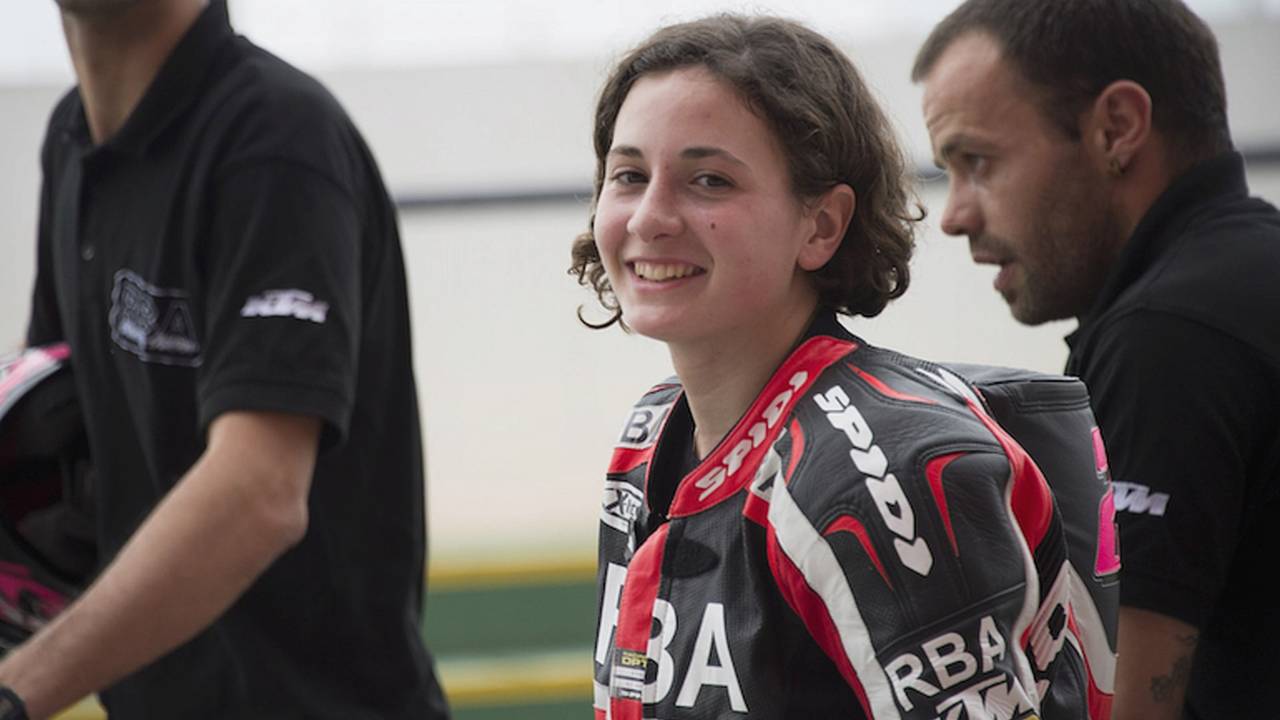 Mark the date and place: September 17, 2017, Portimao, Portugal. Ana Carrasco, from Murcia, Spain, became the first woman to win a solo international Gran Prix road race. Riding a Kawasaki Ninja in the World Supersport 300 class, she drafted past Yamaha riders Alfonso Coppola and Marc Garcia to win round ten of the championship series. The victory puts her seventh in the standings with two races remaining.

“I am very happy about this result,” Carrasco said. “I want to share it with all my team. We have worked very hard and we have been making progress in each race. I am very happy and I would like to thank all of them, as well as my sponsors, since without them this would not be possible”

READ MORE: Ask RideApart: Why Should I Care About Motorcycle Racing?

The Autodromo Internacional do Algarve is one of the most challenging circuits on the championship calendar. The top three riders were separated by a tenth of a second. Carrasco had put her ETG Racing Ninja 300 on the front row along side the two Yamahas of pole sitter Coppola (SK Racing) and Garcia (Halcourier Racing). Her previous best position on the grid was a fifth at Lausitzring, indicating the progress she and the team have made during the season.

READ MORE: She Rides: What Women Racers Can Do for US Racing

With this historical victory in Portugal, Ana Carrasco becomes the fifth rider in the new category to climb onto the top step of the podium. This achievement, celebrated with excitement and enthusiasm on the Portuguese podium, moved her from eleventh to seventh position in the championship standings. She also writes a page in the history books by becoming the first woman to win a world-class race (solo class). Carrasco's win marks another great step in women's motorcycling, a feat she can share with the likes of Maria Herrera, Lucy Glockner, and Sarah Heide.